Staying a hotel in Limerick, decided to pop down to the bar and have a pint while watching the coup and they were showing the bloody golf. Then a band came on.

There's a woman sitting opposite me now that looks just like Mark E Smith.

Plenty of people out in the streets. Dunno how well to plan it is going.

Up watching the coup and I have to be up again at 3.30am

Shaney? said:
Up watching the coup and I have to be up again at 3.30am
Click to expand...

got another coup on?

There's Erdogan now, that'll be the end of the coup.

This is getting ugly, a soldier beheaded by an angry mob, others beaten by the same, 3000 judges suspended and the government has shut down power and access to a US airbase mounting operations against ISIS, the same base also contains 50 US nukes. Meanwhile the PM has declared that any state supporting the Gulenist movement to be at war with Turkey- the main man, Gulen himself, is in exile in Philadelphia.

тхеодоре кацзынски said:
a soldier beheaded by an angry mob,
Click to expand...

Didn't watch any TV or see any news after Friday night. It was like this never happened.

I'm seeing a load of conspiracy rumours now that Erdogan set it up himself to fail so he could arrest all these judges. Other's saying the coup was planned perfectly but some guy General Umit Dundar tipped off Erdogan. He has just been promoted so that is possible/an easy conclusion to jump to for the conspiracy fans.

chris d said:
Didn't watch any TV or see any news after Friday night. It was like this never happened.
Click to expand...

I was following this all weekend. Looked on the Guardian this morning. Most popular story on their site is
"Taylor Swift condemns Kim Kardashian's release of Kanye West phone call"

Turkey isn't even in the top 10 most clicked stories

hydromancer said:
Think that is fake/disproven
Click to expand...

Really? I seen it reported in a few places, there's a video alleged to be the incident floating about but fucked if I'm watching that.

Yeah theory that Edrogan organised the coup was basically started by his arch nemisis in exile Fethullah Gülen who Erdogam was imediately blameing.

We urge the government of Turkey to to uphold the highest standards of respect for the nation's democratic institutions and the rule of law
Click to expand...

A little late for that.

Here's a happy coincidence, just as Erdogan seeks to dial down the falling out with Russia

Look's like Turkey will be the new North Korea

So - most of the pipeline countries heading west have been invaded at this stage. Turkey is basically a melting pot of oil lines. Instead of waiting for the USA / Russia or Europe to come along and ruin your country, just do it yourself and lock the gaff down??

I dunno. Oil maps are all I look at when these things happen. 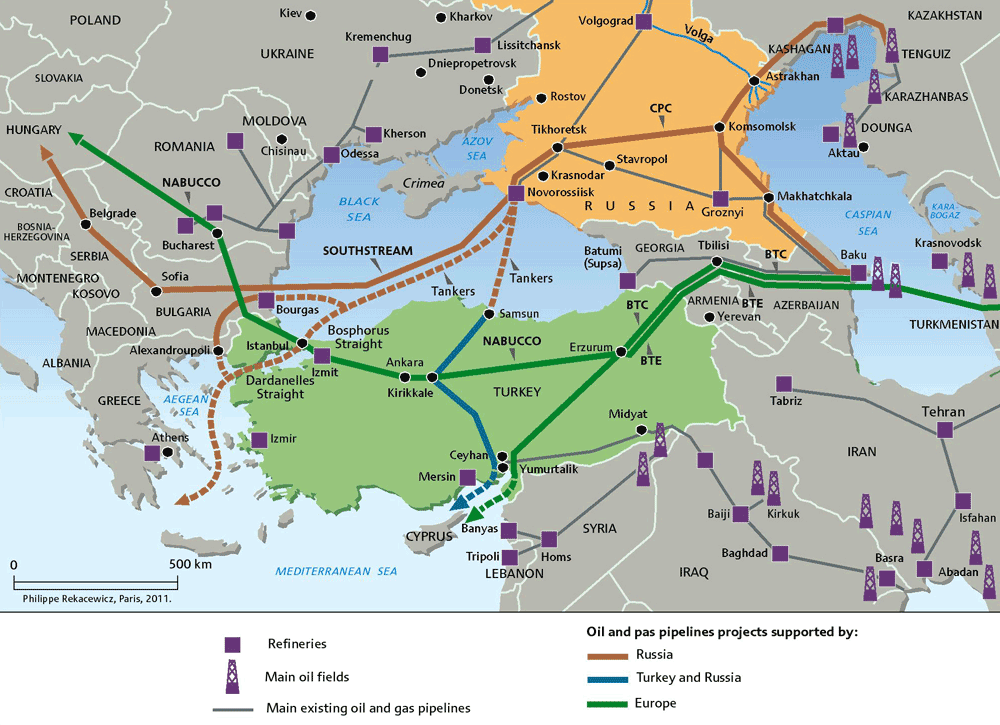 Erdogan has long been on this trail though, the coup just gives him an excuse to speed up the process. I don't see an oil connection either, this seems to be a wholly internal affair. Nonetheless, it will have international repercussions, with some potential outcomes explored here

Putin May Be Turkey's New Buddy after the Failed Coup