Lili Marlene said:
These are the good times

what a shower of cunts

Why is the main person interviewed for being pissed off at the lecturer a white woman?

It is very important that cisgender white males like myself take our privilege and use it in service to various communities that need our support. And it is even more important for me to broadcast that fact on every social media platform I own. So let me make this perfectly clear: I am an ally.

Haha, jaysis. They seem aggressively dim in that University.

Sorry lads, you're next for the re-education camps


johnnystress said:
You Can Tell I'm an Ally Because of How Often I Call Myself One

It is very important that cisgender white males like myself take our privilege and use it in service to various communities that need our support. And it is even more important for me to broadcast that fact on every social media platform I own. So let me make this perfectly clear: I am an ally.
Click to expand...

has this been posted on thumped yet?

I'd say i'd take me about half a week in that place to become a full on Ayn Ryan, open carry, rolling smoke, MAGA lunatic who uses the phrase "virtue signalling" 20 times a day.

Following a debate on FB on this and it's interesting enough, on the one hand there's the question of what happens when the not so woke side of alt-right pricks start organizing together and chanting at, say, black teachers for teaching the liberal agenda.

and on the other there's the fact that America has a tendency to be irredeemably racist in a way that is pretty hard for an Irish person to understand (except maybe if we think about how we treat travellers) and these protests aren't just coming from a place of whiny snowflakism.

Which all gets me thinking about how Ireland is gonna get pretty uncomfortable when people who have spent 18-odd years in Direct Provision come of age and start doing more than writing the occasional Irish Times op ed.

It's impossible for him to disagree with the black people only day on campus for any other reason except racism?

IF he is arguing honestly then what's the problem?

I think the issue is that so much of the alt right now is arguing dishonestly, trolling, and searching for a clever way argue for an outcome without ever expressing the real hateful rhetoric behind it, that it's difficult for the students to always assume good faith on the part of the person they are arguing with.

Take Paul Nuttal's the "Best and brightest of Poland" device as a prime example of this obfuscation and concern trolling.

So the problem is you can't always assume the other person is arguing honestly. And I didn't get a sense of that from the film either. He could be a genuine guy with a genuine opinion who has been landed into a maelstrom of intersectional lunacy...or he could be a habitually racist troll who's playing the whole situation for attention.

johnnystress said:
USA Today Complains About Lack of 'Women' and 'No Lead Actors of Color' in Movie 'Dunkirk'
Click to expand...

Edit: in fairness it's not so much a complaint as an observation, but the OMG SNOWFLAKE TRIGGER WARNING LOL story came via breitbart, soooo...

Edit: in fairness it's not so much a complaint as an observation, but the OMG SNOWFLAKE TRIGGER WARNING LOL story came via breitbart, soooo...

yes, the line that the writer took offense at is this

The trio of timelines can be jarring as you figure out how they all fit, and the fact that there are only a couple of women and no lead actors of color may rub some the wrong way.
Click to expand...

I thought this article made sense but I see it's generating some angry responses.


Larissa Nolan: Political correctness will hurt us all in the end

“The Orpheum appreciates feedback on its programming from all members of the mid-south community. The recent screening of Gone With the Wind at the Orpheum on Friday, August 11, 2017, generated numerous comments. The Orpheum carefully reviewed all of them.”

The statement continued, “As an organization whose stated mission is to ‘entertain, educate and enlighten the communities it serves,’ the Orpheum cannot show a film that is insensitive to a large segment of its local population.”
Click to expand...

First gig in a few weeks with the new band. We are triggered by everything. 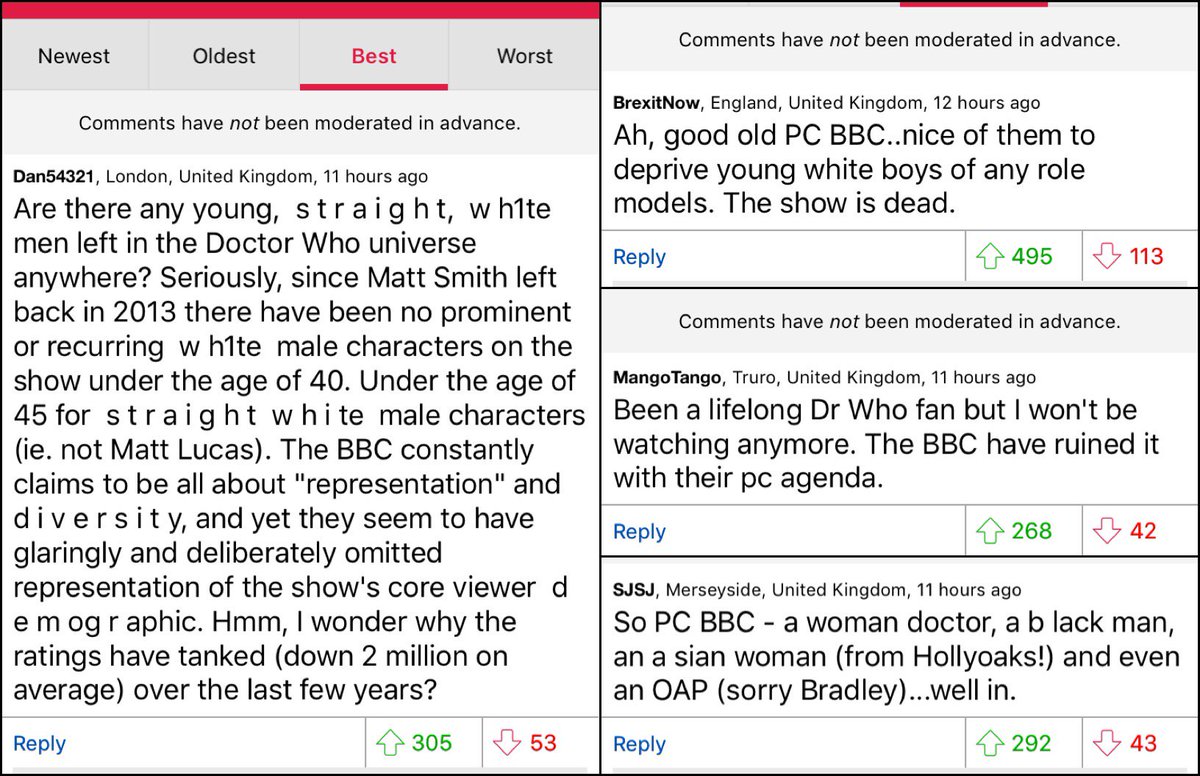 Anyone know much about TV's?