Overview:
Thunder and Lightning is the twelfth and final studio album by Irish heavy-rock band Thin Lizzy, released in 1983. Guitarist John Sykes was hired to replace Snowy White after 1981's Renegade, and Sykes helped to provide a heavier sound and guitar tone than Thin Lizzy had used on previous albums. However, the bulk of the songwriting (except for "Cold Sweat") was completed before he joined the band. Keyboard player Darren Wharton also offered a stronger musical influence to Thin Lizzy's final studio album, co-writing many of the tracks including "Some Day She Is Going to Hit Back", and the final single "The Sun Goes Down". A farewell tour followed the album's release, followed by the live album Life. The group's founder, frontman and bass player Phil Lynott died in 1986 from drug-related causes. 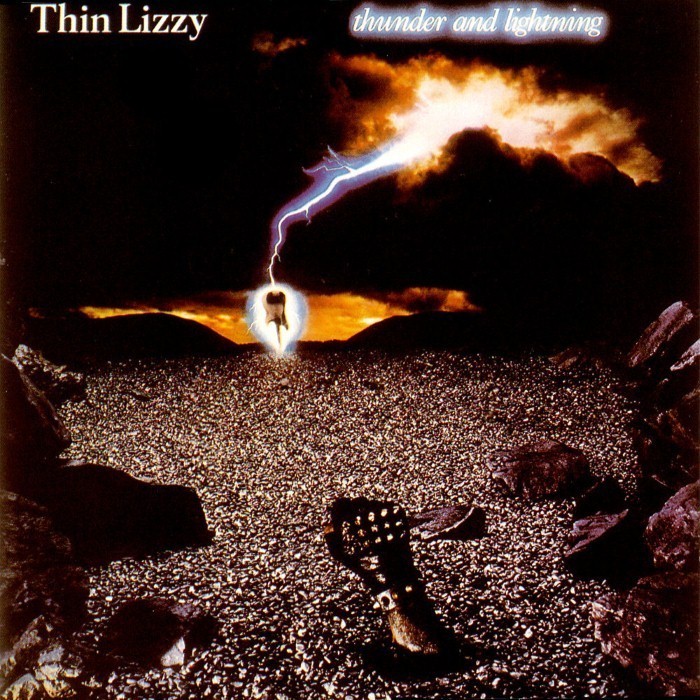 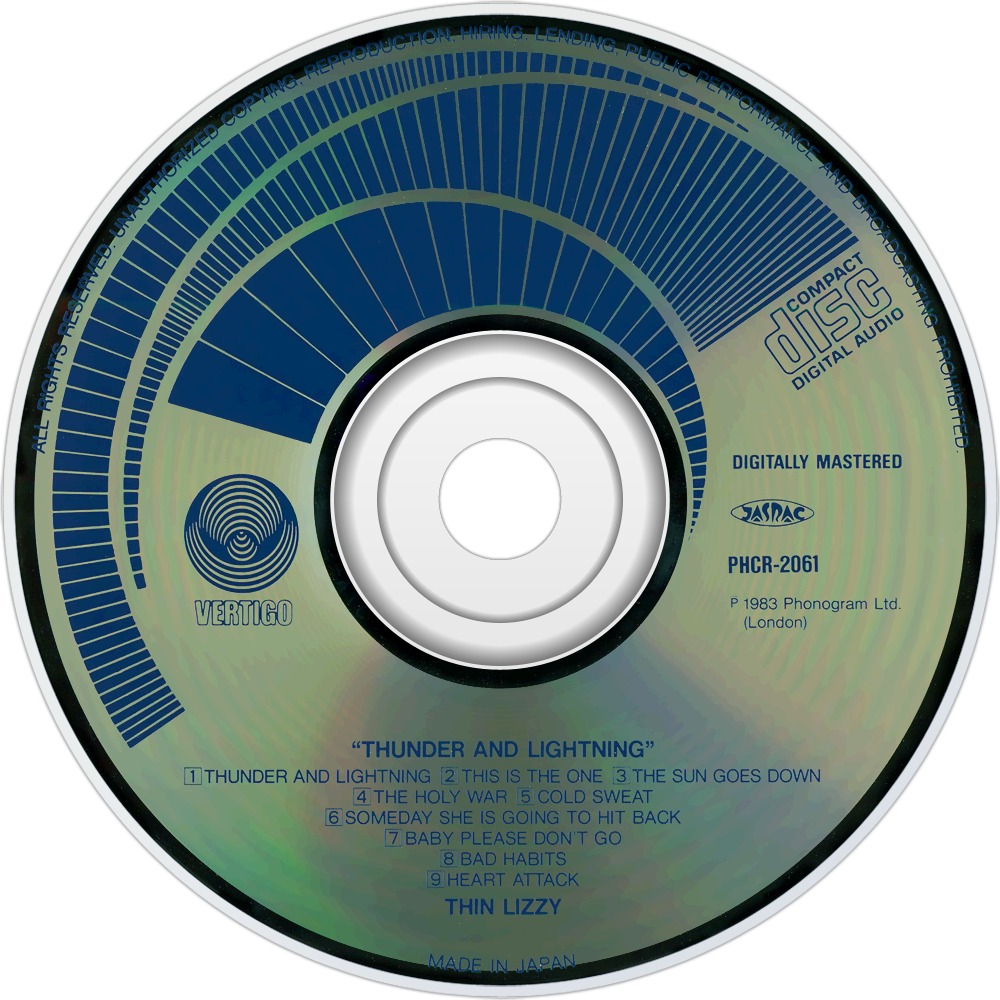 Great record,love it. Seeing them like to cold sweat on I think tiswas was one of the first times I got shivers from music.

Consider this a soft launch.

Liked this at the time because it was the new Thin Lizzy album so duh. Like Gary I remember seeing them play Cold Sweat on TV (the James Whale show) and being delighted to see John Sykes (who we were very familiar with from Tygers Of Pang Tang) rip it up. I'll happily reassess this for the album club but right now I don't think it holds up like almost every other Lizzy album. Too much Darren Wharton and Chris Tsgangejwegkjwygqlglf.
G

Really? I think I like it more now than I ever did.

I'm open to that happening.

I find it really hard to take any interest in Thin Lizzy - I can't deny the quality of the songwriting, but the 80s-cool-rocker atmosphere just puts me off SO MUCH. Having said that last night I was playing covers in my local, and a lad sang Dancing in the Moonlight and it was glorious

Had a go on the drive to work.

I really love Phil Lynotts voice, even though he's a tad tired sounding on this. I'm a thin lizzy tourist though spent a lot of time on Jailbreak. First track sounded like a light version of motorhead, first solo was fun and then there was maybe a 2nd/3rd that were just milking it.


3/4s of the record seemed strained, a few songs fading out which is sorta a bad sign. I wasn't hearing Phil's fun swagger a lot in this album. Ominous themes about war and bad relationships and bad health. Not knowing the phil/lizzy story arc to well is probably working against me here. The last few tracks sound more like the fun swaggering thing that I like about lizzy songs, were he's nearly commenting over the songs as much as singing them..

Will try it once/twice more.

Some fucking flat 80's production going on too.

Cold Sweat is one of the best songs ever. This is a fact.

Have to say, I have some serious grá for 'The Sun Goes Down' on this. Always loved that. Great to see album club back!

One distracted listen in. Cool that there are no big hits to overshadow anything. Sounds a bit sad. Will have more tomorrow when I'm on the friday buzz.

Liking it so far. Have listened about 5 times but all distracted listens. Have about 20 mins now without distraction so will rattle out the first bit of it.

pete said:
Cold Sweat is one of the best songs ever. This is a fact.
Click to expand...

ok, kinda done with this. It's definitely an album of 2 halves imo. Pete pointed out Cold Sweat as being the greatest song of all time, and who am I to argue? It does seem to delineate a bunch of amazing songs from a lot of bland, non-descript stuff at the end. I was just unable to stay interested in it from then on.

But, the first half is amazing. I only knew the one song from this before. That being 'The Sun Goes Down'. I was trying to remember where I knew it from and I twigged it. Lynott died in 1986. In 87 or 88 I recall being in that period of the school xmas holidays when it's after new years and they stop showing anything decent on the telly. Would be bored off your head. It was clearly January 4, Philo's anniversary, and I'd just gotten a pack of C90 tapes for xmas. I spent those few days taping stuff off the radio. Basically songs interspersed with that Zig and Zag thing they did every morning on the radio. I'd say if I looked hard enough I'd find the tapes.

It was probably Gerry Ryan, who had a late night show at that time. He was playing songs to mark the anniversary and the 2 I remember taping were 'Old Town' and 'The Sun Goes Down'. I'd never heard the latter before, but I knew it fairly well after listening back to those tapes over and over. Until yesterday I'd say it must be the guts of 30 years since I heard it, so that was a nice surprise.

The opening track on this is great. Quality rock and roll. As with all Lizzy albums I've heard (2 in total), it starts out amazing. It's great. I'll be back to this song, probably in the car on a hot sunny day, even though it's about shit weather. Anyway.

Holy War's opening reminds me of Burning Down the House by Talking Heads. Not much similarities after that. Not mad on the squealie guitar, but still like the song a lot.

I lost interest after that.

I was surprised to read this was the last Lizzy album. I first heard it without knowing that and I'd figured it must have been an earlier one. Not sure why. Something a little less polished about it than the other Lizzy stuff I know.

I did not know Snowy White was in Thin Lizzy. But they've had a cast of thousands over the years, so why not. Anyway, there's my Pink Floyd connection.

Picked up a cheap 2nd hand copy of Live and Dangerous in Freebird a couple of months back. Gonna listen to it later.

3/5 for the flawless first half of the album.
G

I have no problem with Sykes on this record, but I can only imagine how insane it would have been with Gary Moore