In early 1977, a band of brothers became just that: a band. Sick of not being allowed into clubs – and getting barred from five in one week – because of the way they looked, three brothers and a few friends became a clique known as The Outcasts. Within months, they were one of the hottest bands on the emerging Belfast punk scene…

A deal with Terri Hooley’s fledgling Good Vibrations followed and the single ‘Justa Nother Teenage Rebel’ was released in November 1978. The Outcasts went on to release their first full album Self Conscious Over You on the Good Vibes label. 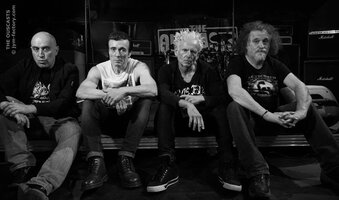