Expert to Rio athletes: 'Don't put your head under water'

Just days ahead of the Olympic Games the waterways of Rio de Janeiro are as filthy as ever, contaminated with raw human sewage teeming with dangerous viruses and bacteria, according to a 16-month-long study commissioned by The Associated Press.

Not only are some 1,400 athletes at risk of getting violently ill in water competitions, but the AP's tests indicate that tourists also face potentially serious health risks on the golden beaches of Ipanema and Copacabana.

The AP's survey of the aquatic Olympic and Paralympic venues has revealed consistent and dangerously high levels of viruses from the pollution, a major black eye on Rio's Olympic project that set off alarm bells among sailors, rowers and open-water swimmers.
Click to expand...

Lizzie Armitstead doesn't deserve to compete in the Rio Olympics

which I very much don't believe.

Or at least, I don't believe thats all he took.

which I very much don't believe.

Or at least, I don't believe thats all he took.
Click to expand...

I doubt it too. He'd hardly be that dumb to risk it all on a recreational drug. Very disappointing. Casts doubts on the others now... which I realise is unfair, but can't be helped.

another one. This lad is supposed to be signing for team sky for next year.

Just like the Armitstead case, theres so much thats dodgy about this case, and it seems that the testers are going to be hung out every time an athlete misses 3 tests in future.

The one think I don't get is that the article quotes the Italian federation president as saying the strikes de Rosa got within 2 days of each other were expunged from the record immediately. If thats the case why is this even a story?

Unless its not the case, which would be more along the lines of what I'd suspect.

this is doing the rounds on twitter this morning

Sonia was in the studio afterwards, choosing her words carefully.

This is my favourite thing yet

Jim Daniels said:
This is my favourite thing yet

It's a labour camp for her when she gets home. Talk about letting the cat out of the bag

this is great. However, I fear for that North Korean girl when she gets home. 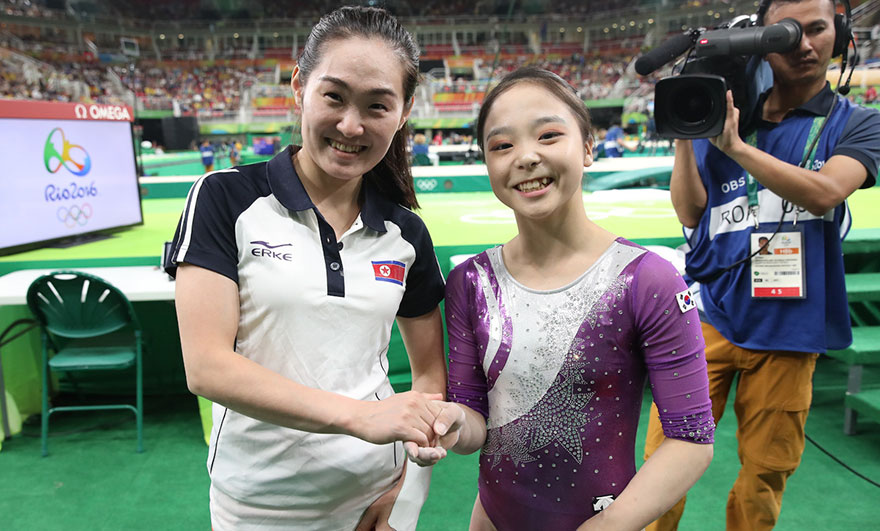 why would one need to suck on an inhaler if they didn't have asthma? Peculiar to say the least

Exercise is good for your asthma. In fact, many world-class athletes have asthma, including runners Paula Radcliffe and Jo Pavey, cyclists Laura Trott and Bradley Wiggins and footballers David Beckham and Paul Scholes.
Click to expand...

According to Asthma rife among elite athletes, finds study 70% of the British swimming team in 2014 had asthma compared to 33% of team sky

Whenever I switch to rate to see what they are showing, they tend to be talking in the studio

What's the deal with asthma and pro cycling? - Cycling Weekly

I actually didn't think I could witness top level sport descend to this level of grand farce.

This pretty much appears to be the "let them take whatever they want" solution that people like to spout, in action. It's pretty ugly but entertaining in a grotesque way, I suppose.

Would you want your kid to be a part of it?

the brits don't do subtelty, do they?

I long for the day that someone breaks ranks and spills all on the british lottery funded state sponsored doping program. It'll make what happened in Russia look tame by comparison.