JohnnyRaz said:
In the Marian year in the 50s lots of boys ended up with Mary as a second name - two of my uncles - Michael Mary and dinny Mary
Click to expand...

hadn't heard of that specific instance before. i know a couple of lads called Karol, born in 1979.

You'd almost forget all about Catholic Ireland now, God be with it, may he bring it back again

hiadudiad? said:
You'd almost forget all about Catholic Ireland now, God be with it, may he bring it back again
Click to expand... 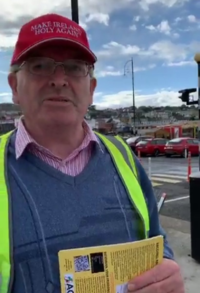 So I read a thing yesterday about a guy called John Harington who invented and wrote a sort of patent for an early version of the toilet (long before Thomas Crapper) in Elizabethan times, which may be where "the John" came from. He seemed to be a sort of give-anything-a-go sort of fellow and as well as being a bit of an engineer also wrote poetry. One poem he wrote was a humorous thing about sitting in the toilet in which he alluded to members of the Elizabethan court as being the pieces of shit flying down the privy's passages, which got him into hot water.
M

sure didn't martin luther formulate the reformation while on the shitter? he suffered from constipation. a bit like elvis.

I read somewhere.. that if it wasnt for that prick Martin Luther.. the whole place would be athiests by now probably . The catholics were well on their way to not giving a tommy crapper about the whole rigmarole and then he came along and made everyone start pretending to be mad holy again

You lads and your reading.
New posts