Ah fuck bass players, no one has done anything decent since Bootsy as it is.

Just listening to this album again (because of @chris d 's amps thread), ah it's great. Bragging party is lovely.

And god, i forget everyone in the thread hated it.

And god, i forget everyone in the thread hated it.
Click to expand...

What's the next Album Club inannyways?

Maybe something by Gentle Giant

Lili Marlene said:
That last song is bad alright, and the one before it ain't great either.

So here, I think Kim Deal is a songwriter that one really need to get on board with and see things from her perspective to get behind the music. Unlike both Pixies and Belly (or even Guided by Voices to choose another related indie band - I Am Decided on this album is two of their songs stuck together I think?) there isn't much "classic" songwriting going on with the Breeders, it isnt a case of pop songs that have been weirded out by the arrangement, the songwriting and the arrangement are fairly melded together. As an example their biggest hit is obviously Cannonball and even now that has a supremely odd arrangement for a hit song, its hookiness is mostly based on that one guitar riff, not a secret pop chorus.

I get the impression that Kim Deal spends a fair amount of time stripping songs back and rewriting them and it ends up being felt right down to how she plays the chords - most of the time it's just the simplest chugga chugga chugga or a really basic (but often quite rock and roll) riff. I remember for years arguing with friends who hated the Breeders for that reason, why the fuck can't they do something different on the guitar?? It can come across as lazy or uninspiring but I think it's 100% a deliberate choice. It can turn out quite poppy in places, take the title track here, but it can also end up as Hoverin'. There's a Breeders version of Hoverin' that's really only notable because it's the very same, right down to what sound like the accidental notes being played at the start of the song.

Not that i'm trying to talk anyone into changing their mind but it's just something worth thinking out loud about in this thread.
Click to expand... 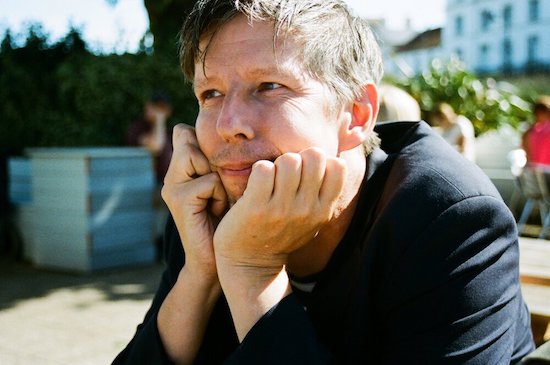 As he releases a beautifully reflective album on the fall-out from a broken love, Darren Hayman takes us through 13 favourite albums, from Miles Davis collaborating with John Coltrane via Cliff Richard, the kids from Fame, Liz Phair, Nic Jones, ELO and The Damned.

The Breeders - Title TK
‘The Last Splash’ and Pod are great, but Kim Deal is so consistent. There is no problematic or lesser period of her work. Mountain Battles, All Nerve and Pacer are all detailed and precise works, as is ‘Title TK’. Kim has such an unlikely musical thought-path when laying out chord progressions. They never go where you expect, but neither do they sound like the obtuse compositions by songwriter’s songwriters or the wilfully madcap. You just spend a while and settle into Kim’s way of hearing things and then everything is as it should be. I love hearing Deal talk about how she makes and plays music. She has got such straightforward and set ideas, which could fool you into thinking she has a simplistic approach, but it's all about focus. She just knows how to make Breeders’ records. Everything is so intentional. There is one synthesiser note on this record, only one, but it’s there for a reason. Kim Deal has been in no other band of note.
New posts