Overview:
Louder Than Love is the second studio album by the American rock band Soundgarden, released on September 5, 1989 through A&M Records. After touring in support of its first full-length studio album, Ultramega OK (1988), Soundgarden signed with A&M and began work on its first album for a major label. The songs on the album featured a metal-leaning grunge sound with some songs featuring unusual or unorthodox time signatures.
Because of some of the song lyrics, a Parental Advisory sticker was placed on the album packaging. Louder Than Love would become the band's first album to chart on the Billboard 200. The band supported the album with tours of North America and Europe. It was the last Soundgarden album to feature the band's original bassist, Hiro Yamamoto. 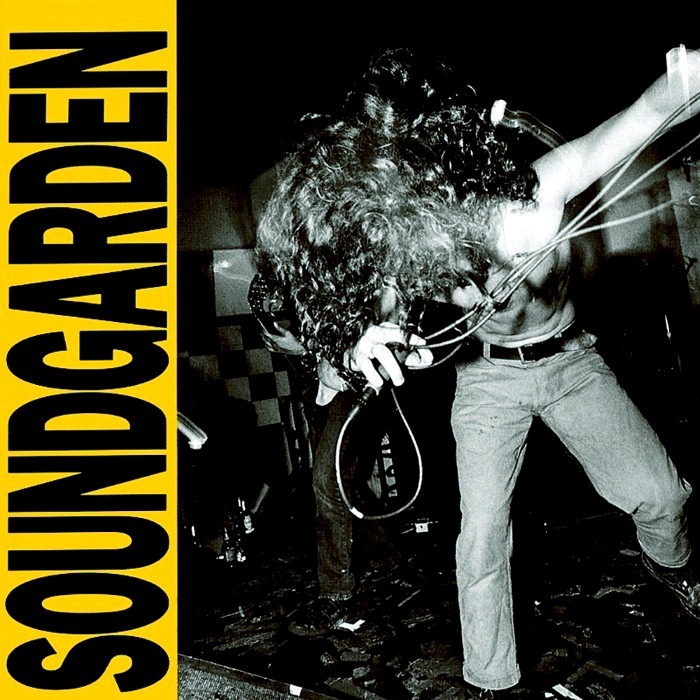 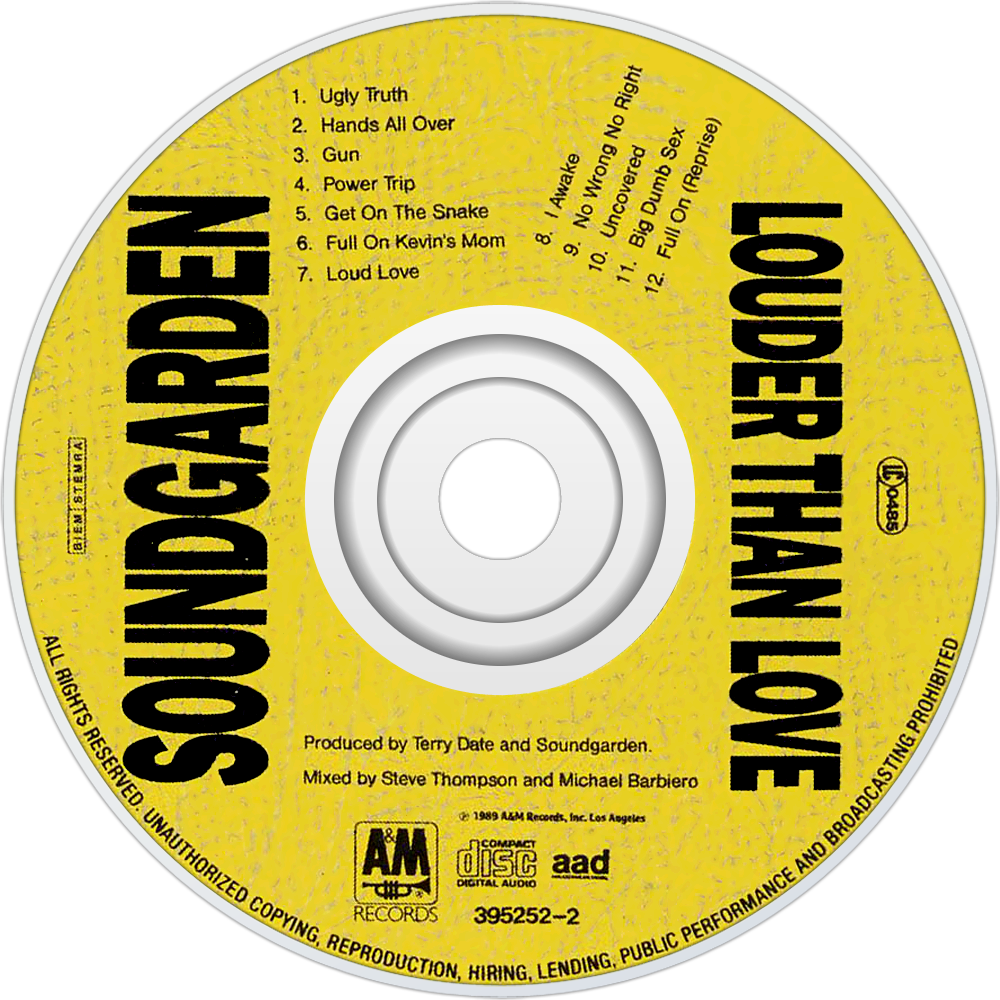 Hands All Over is the best song of all time. I never make it through the rest. It's time to make the effort methinks.

The first Soundgarden record I ever heard. That voice.

I had this years ago. It was a 2 CD set, louder than love & badmotorfinger. They were the only CDs I ever had that got disc rot. Became unplayable, had to throw it out. I bought BMF again but not LTL. Must give it a listen.

Looking forward to this one, never really got into this album apart from a few songs.

prefuse said:
I had this years ago. It was a 2 CD set, louder than love & badmotorfinger. They were the only CDs I ever had that got disc rot. Became unplayable, had to throw it out. I bought BMF again but not LTL. Must give it a listen.
Click to expand...

I had the same 2CD set! The one with the white cover with small photos of the albums on the front. Must have been late '94 or early '95, but I traded it in somewhere for pennies when I got both separately a couple of years later so no idea if it got disc rot.

I didn't get it at first, I mean I was intrigued but it sounds so different compared to BMF and Superunknown, even though those sound quite different from each other too. Took me longer to get into it than the others but it's probably my third favourite, after UMOK and Superunknown.

I was morto hearing Big Dumb Sex for the first time, obviously.

Probably 1990 when I heard this. The girl I was going out with at the time had the record. We played it a lot. This is the album that introduced me to drop D tuning. I used to love playing along to this. Everyone does say the voice, the voice, the voice. I have a love/hate relationship with Cornell's voice, which went more in the hate direction as time went on. I prefer when he sings (fell on black days) instead of wailing (though I do love Slaves and Bulldozers).

i think i'm only hearing it for the first time now, i was never a particular soundgarden fan

Jaysus. 1989. I became obsessed with this record after seeing Chris Cornell and Kim Thayil interviewed by Vanessa Warwick on Headbanger's Ball. They were eating apples and being cheeky, then they played the Hands All Over video and I was sold. Listened to the LP again last night. Still great.


old said:
As I left the shop, I heard one of them saying "you'll be back".
Click to expand...

what a fucking rubbish piece of crap

old said:
Jaysus. 1989. I became obsessed with this record after seeing Chris Cornell and Kim Thayil interviewed by Vanessa Warwick on Headbanger's Ball.
Click to expand...


I'm have a vague memory of seeing that.
She went into property development.
Interview with Vanessa Warwick of PropertyTribes Fame

I don't think I can listen to this album again for a few days, especially not 'I Awake'. I know what the lyrics are really about but, y'know, taking on new meaning and all that.
Music information in first post provided by The AudioDB
New posts