RELEASE DATE: 17 MAY, VIA CONSTELLATION ON LP / DL 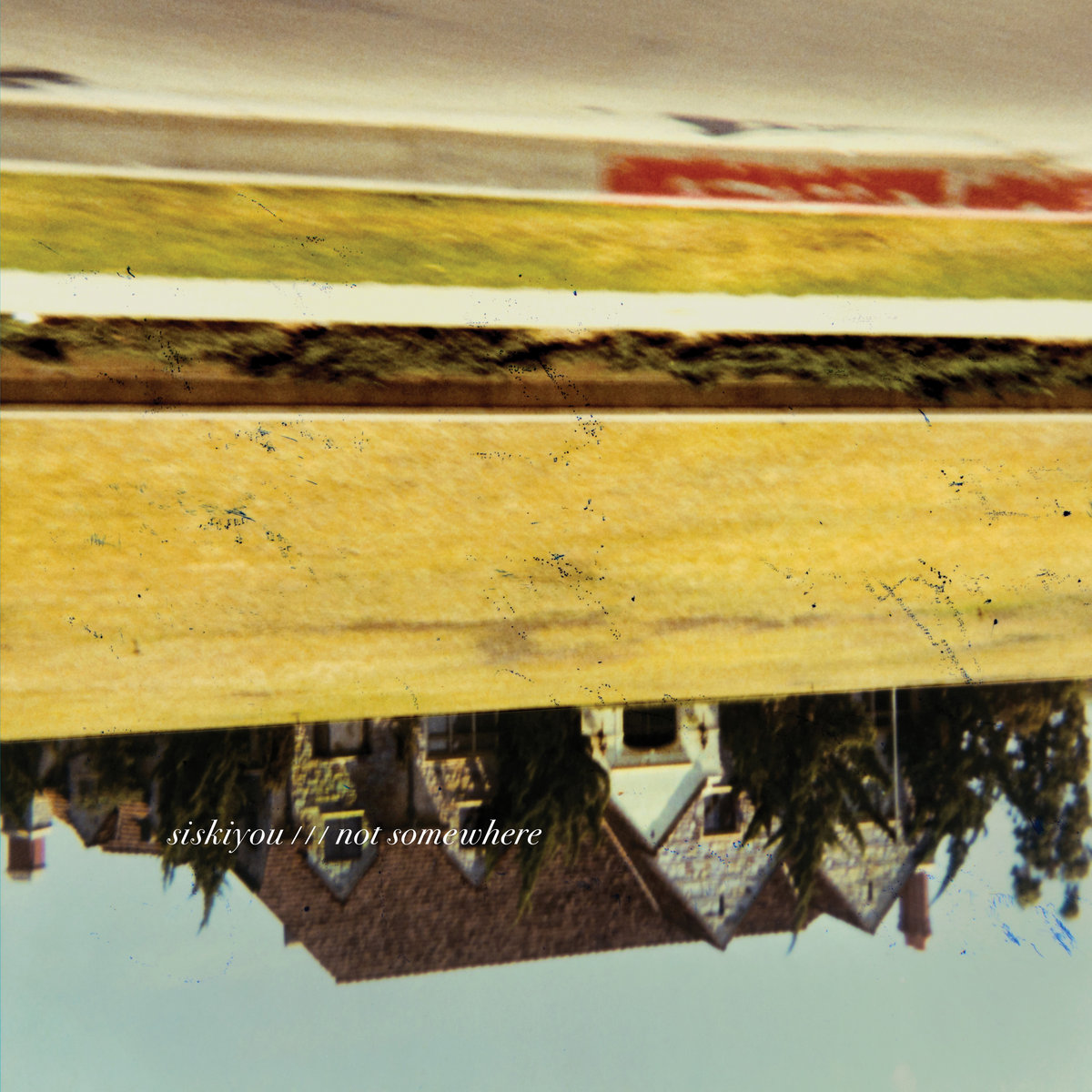 Today Siskiyou shares "Unreal Erections /// Severed Heads," the second advance track from their fourth LP Not Somewhere, which shall be released 17th May on Constellation. The song finds Siskiyou's Colin Huebert weaving pensive, existential lyrics into layers of understated acoustic guitar and brushed drums before ascending into a rollicking vamp that juxtaposes the track's weighty thematic reflection with buoyant, almost celebratory instrumentation. Listen below on your choice of platform:

Not Somewhere harkens back to Siskiyou’s magical and understated 2010 self-titled debut in this and other ways: the album’s production rekindles a homespun intimacy, where plain-spoken lyrics grapple with portraits of quiet quotidian despair, fragile existential horizon lines separating perseverance and defeatism, honest and unremarkable lives trapped in cultures of false consciousness, impossible desire, self-analysis and self-medication.

Following Siskiyou’s Polaris-nominated third full-length Nervous released in early 2015, Huebert was commissioned by New York-based artist/designer Stefan Sagmeister (of Sagmeister & Walsh) to write the theme song for The Happy Film, a feature-length movie accompaniment to “The Happy Show” installation project that had toured galleries in the mid-2010s – the art show and film themselves being ruminations on happiness that strongly echo Huebert’s own tone and sensibility. Sagmeister wanted the direct, unadorned aesthetic of early Siskiyou for the film music, leading Huebert to often write and record songs in the same day, in diaristic sketchbook form, without a thought towards the more ornate structures and developments of material he had just finished up with Nervous. This commission yielded the album’s title and the opening track “Stop Trying” (the eventual theme song for the movie) which includes a short looped clip of film dialogue repeating the line “trying is the problem; you’re trying to get somewhere as if you’re not somewhere”.

Huebert ended up with a dozen songs written under this influence, but shelved the recordings while real life took over: driven from Vancouver by skyrocketing rents and zombie capital that was increasingly leaving the city a shell of its former self, he relocated to Toronto with his young family. Returning to the material once resettled, Huebert finished up the record with contributions from various guest musicians on strings and horns (including cellist and labelmate Rebecca Foon from Saltland/Esmerine, and Destroyer regulars Joseph Shabason and JP Carter on horns and woodwinds). The result is a beautifully restrained and unvarnished song cycle of tunes anchored by acoustic guitar and brushed drumming, detailed with delicate textures, spartan melodic overdubs, and Huebert’s distinctively forthright, whisperingly confidential vocal delivery.

From the austere Velvets-chug of “What Ifs” to the Elephant 6-inspired looseness of “Her Aim Is Tall” and “Stop Trying (jubilant reprise)” and the sparkling hush of atmospheric twilight folk-inflected pieces like “Temporary Weakness” and “Silhouette”, Not Somewhere is delicate and discreet yet wonderfully assured – a profoundly humble, wistfully observational and meditatively personal return for Huebert’s Siskiyou project.