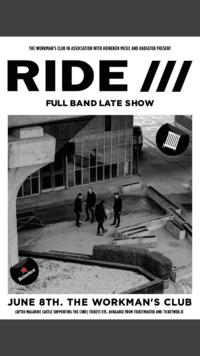 i suppose "surprise ride" would have been in poor taste

The Workman’s Club in association with Heineken and Radiator Presents 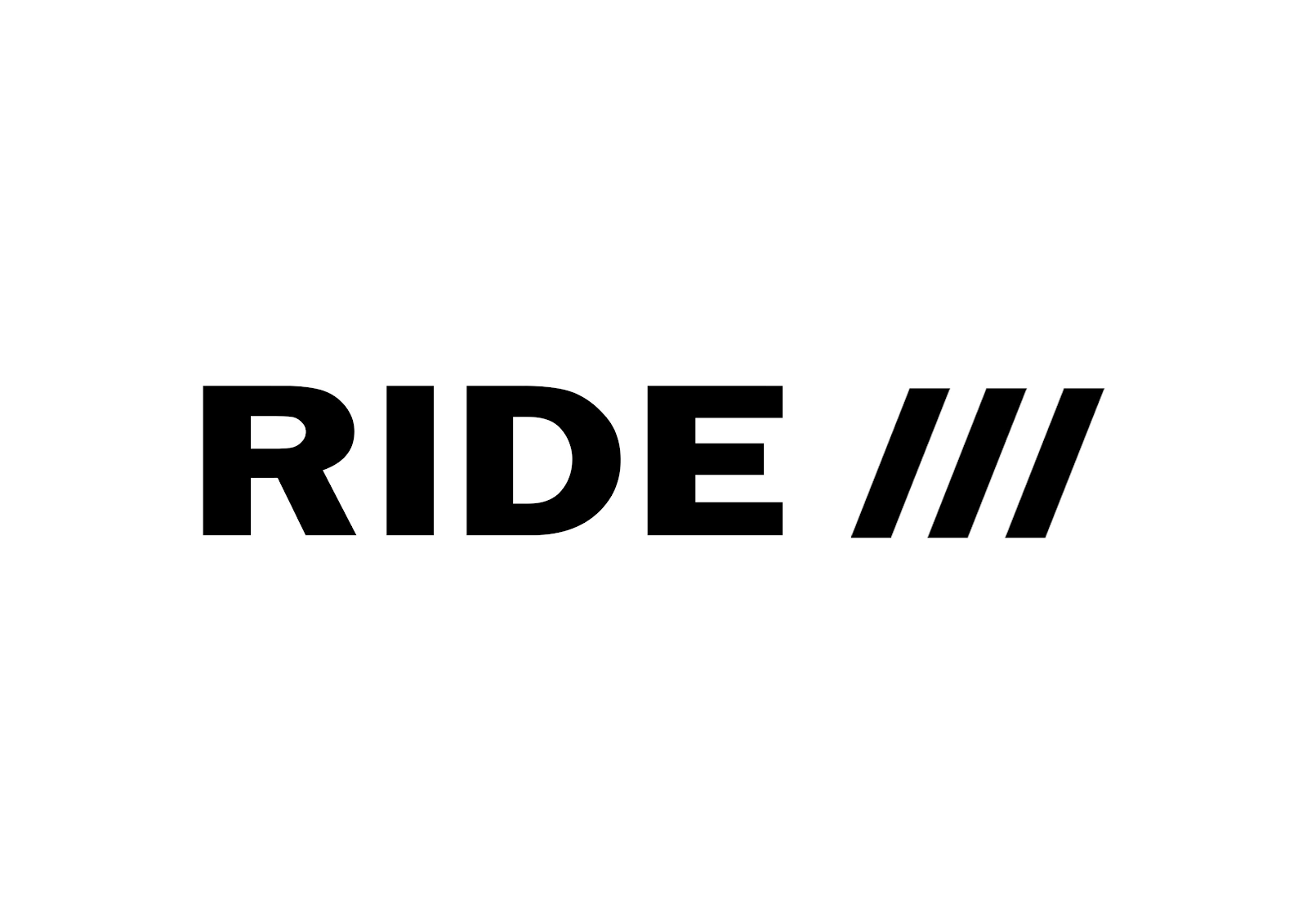 
We at The Workman’s Club are EXCITED to announce a very VERY special show at our place on Saturday, 8 June.


Following their fully sold out set at Malahide Castle with The Cure on Saturday, RIDE will be hightailing it across the city to play a FULLY LIVE show at The Workman’s Club. Missed the chance to see them at Malahide? Now’s your chance. Wanna see them twice in one night? No problem! This is a show that is not to be missed.


Ride are one of the leading lights of the early 90’s shoegaze scene, made up of Andy Bell, Mark Gardener, Laurence Colbert and Steve Queralt. Formed in 1988, their debut album Nowhere has been named as one of the most important albums of the shoegaze genre. The band broke up in 1996, with members moving on to various projects, with Andy Bell becoming the bassist for Oasis.


Ride reformed in 2014, releasing their first album in over 20 years in 2017. ‘Weather Diaries’ was greeted by a raft of critical and commercial acclaim, reaching number 11 in the UK album charts. It also saw Ride reunited with Wichita Records’ Dick Green and Mark Bowen, who worked with the band during their early years on Creation Records.


They recently revealed details of their forthcoming album ‘This Is Not A Safe Place’, to be released on August 16th via Wichita Recordings.

‘This Is Not A Safe Place’ sees the rejuvenated Oxford four piece reunite with revered DJ, producer and remixer Erol Alkan, who was on production duties for 2017’s ‘Weather Diaries’. Rekindling that creative partnership has once again seen Ride push their sound forward, as hypnotic rhythms and washes of lush guitars come together with leftfield electronic influences. The combination creates a sound rich in their trademark shoegaze atmosphere, whilst simultaneously sounding fresh and creatively ambitious. Check out ‘Future Love’ , the first song to be unveiled from ‘This Is Not A Safe Place’. An unguarded, gloriously optimistic song, ‘Future Love’ brings together many of Ride’s best loved elements. Layers of guitars’ chime and drone, as the Oxford quartet effortlessly meld shoegazing dynamics, melodic psychedelia with their distinctive Transatlantic harmonies. It’s a song steeped in the heady haze of the start of a relationship, when anything seems possible, and one that’s sure to strike a chord as the shimmering start of the summer comes into view.


We’ll also have London based Arveene (Bon Voyage, who will be joined by rapper Shamon Cassette at the after show party


RIDE AT THE WORKMAN’S CLUB

Fully live? Are they good?

I saw them at EP a few years ago and thought they were great.

Will they play Oasis songs?

They were just really good in malahide to be fair. Probably no need for the 12 string Rickenbacker.

I have a ticket for this... oops