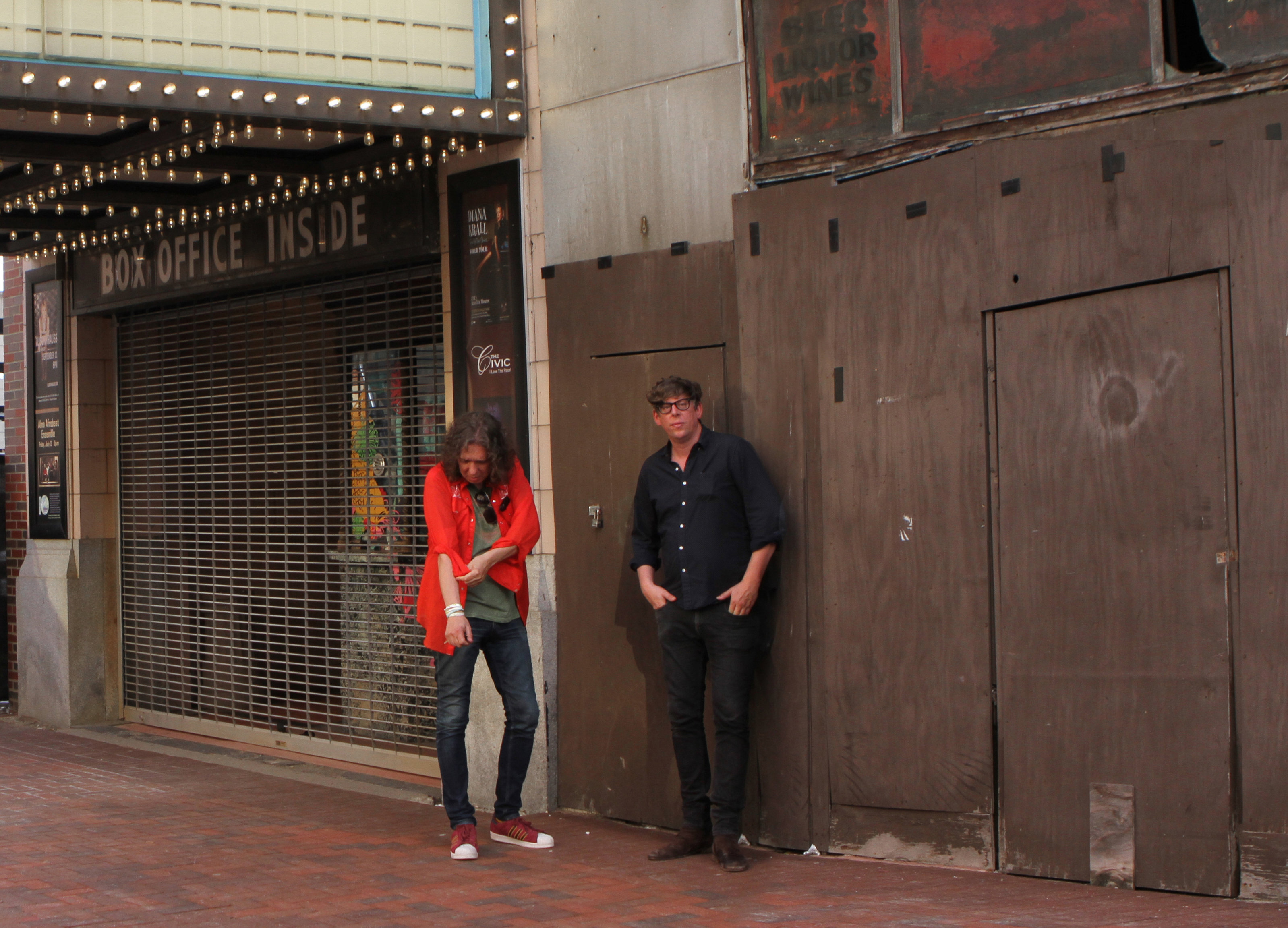 The video focuses on a spaceman (Petkovic) who ‘just lands’ in Los Angeles and proceeds to wander aimlessly from a disco to the streets of L.A. He is picked up and taken back to a motel room by a space girl (played by Chelsea Debo, a Los Angeles actor who has appeared in a films and videos, including Lana Del Rey’s Love).

Akron, Ohio is the product of two friends with storied careers and beloved bands coming together to have fun and record a batch of songs on the spot, in the moment. A third friend, J. Mascis, dropped in during the record to play lead guitar on Just Landed - a psychedelic pop elegy about revisiting a long-gone place – is a microcosm of their debut album.

“J grabbed my guitar and just started playing along so we hit record,” says Petkovic, who also plays with Mascis in the band Sweet Apple. “It sums up the entire process… we would come up with chords and songs on the spot.
Patrick asked if I wanted to come to Akron to jam with him in the studio; I saw it as a chance to work with a longtime friend, but also an opportunity to reconnect with Akron in a very different way.”

Petkovic, a Cleveland resident, was born in Akron. Carney was leaving the city to live in Nashville. As a result, Akron came to play a unique role – as a ghost and a place that is as familiar as it is distant.