enjoying it so far, this harfoot-less episode was the best so far

Cornu Ammonis said:
I thought it was great, the Orcs are properly scary and that chase through the woods felt so tense. The scenes with the Dwarves are just magnificent, the bit with Durin and his dad Durin was played beautifully. Elrond is growing on me too.
Click to expand...

Yeah I'm not gonna stop watching or anything but it all felt drearily predictable to me, I think I agree with your argument earlier of the pacing. Galadriel has become less a character and more an unstoppable force of forward momentum. But sure we'll see, I'll be watching it all no matter what.

I think it’s meant to be five seasons, I’m guessing season one is going to be all scene setting and lining up the main plot. Sauron will probably only become apparent in the last 5 minutes.

Cornu Ammonis said:
I think it’s meant to be five seasons, I’m guessing season one is going to be all scene setting and lining up the main plot. Sauron will probably only become apparent in the last 5 minutes.
Click to expand...

Still loving this. The dwarves are my favourites

anyone got the number of her surgeon?

asking for a friend 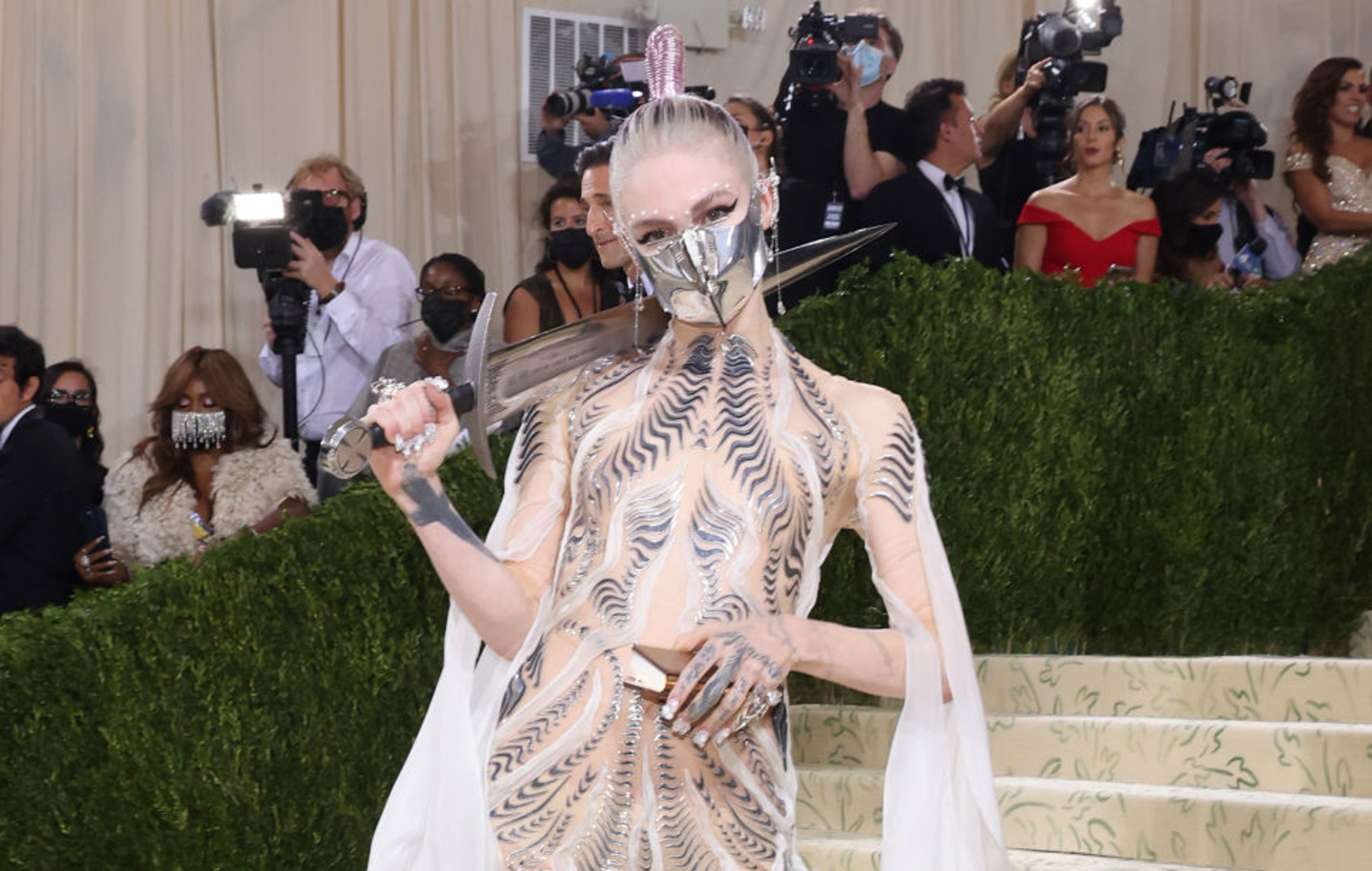 Grimes shares photo hinting that she has had elf ear surgery

Grimes has shared a new photo hinting that she has undergone surgery to get elf ears, a procedure she has been teasing for a while.

One of my ears has a point, it was more pronounced when I was a young changeling, um, I mean human child.

Cornu Ammonis said:
Elrond is growing on me too.
Click to expand...

elf praise is no praise

apart from the scenery. the rest of it is shit though - the script, the acting, the CGI - all shit.

There was a lot wrong with tonight's episode but in general I'm enjoying it. Nothing could really be as bad as I expected it to be I suppose.


the horrific song, Galadriel is terrible all the time, and the elf king is suspiciously unconvincing in his role

pete said:
apart from the scenery. the rest of it is shit though - the script, the acting, the CGI - all shit.
Click to expand...

get off the fence and tell us what you really think, whydoncha!?!

pete said:
apart from the scenery. the rest of it is shit though - the script, the acting, the CGI - all shit.
Click to expand...

blimey, didn't expect Eminem to pop up in the latest episode

more power to his, quite obviously evil, elbow

Unfortunately, by this stage it has become clear that the showrunners and their streaming paymasters have made the same terrible mistake. In setting out to replicate successful predecessors (Peter Jackson’s Lord of the Rings trilogy and HBO’s eight-season Game of Thrones series), they chose the wrong damn heroes. In both cases, after surveying the expansive universes created by Martin and Tolkien, they decided to focus on the posh blonde people. With House of the Dragon, that meant the Targaryen dynasty. In The Rings of Power it was the elves. With that, their doom was sealed.

It’s not hard to see how this could have happened with The Rings of Power, the first billion-dollar production to be based on a book’s appendix (the only-for-true-nerds bits tacked on to the end of LOTR). Tolkien, an arch-conservative who was in the news again this week when putative far-right Italian prime minister Giorgia Meloni was revealed as a lifelong fan, was at his worst in these portentous, cod-medieval passages. It should not be a great shock that the unreadable has turned out to be undramatisable.
Click to expand... 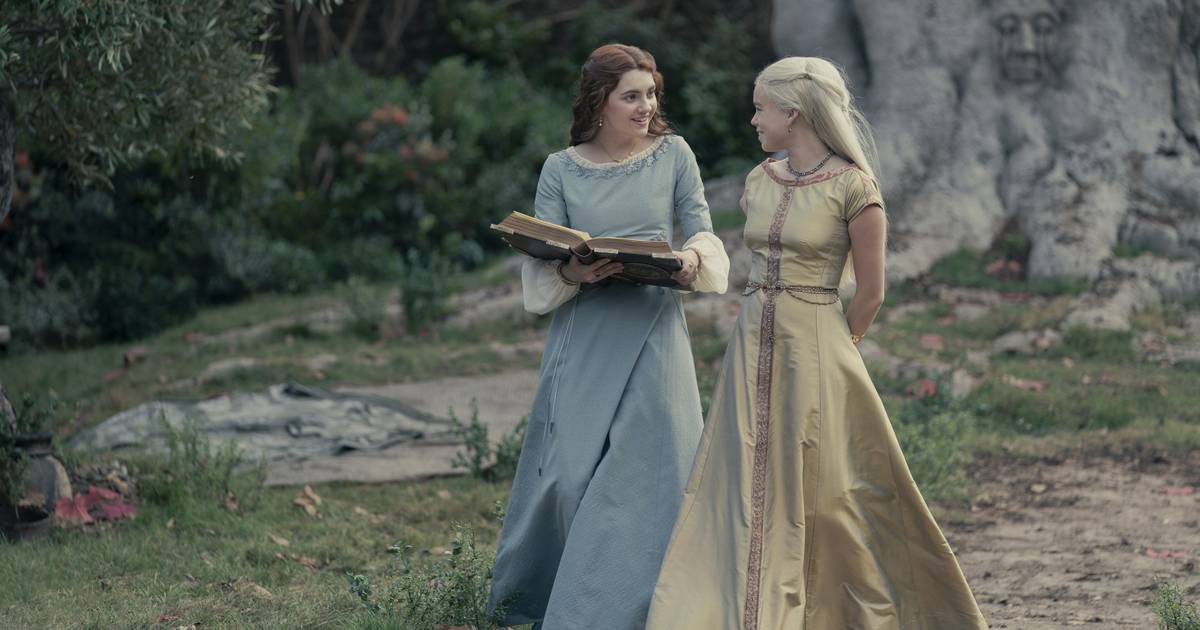 House of the Dragon and The Rings of Power have made the same mistake: posh blonde heroes

House of the Dragon and The Rings of Power have made the same mistake: posh blonde heroes

I would say that introducing characters that aren't white into a world where everyone is assumed to be white, is more just giving BAME actors a chance to DO some work, give them a chance to do earn a living, inspire the next generation of actors yada yada, like Nichelle Nichols did in Star Trek. I'm sure there's a million tweets from people we don't like about race-blind casting, or actively making a cast more diverse.

I also thought he was quite hard on the dwarves. They're clearly cunning, clever, skilled and full of guile. And hey that's anti Scottish bodyshaming.

Anyway I can nearly stand to watch a full episode in one go now. That's partially my fault with work (note the time I posted this). But jaysus they spent an awful long time focusing on that boat at the end of the most recent episode.

I can mostly follow it, it looks snazzy, the plot is grand. Lots of common tropes of the genre, but I don't loathe any particular character. I haven't read the books, much less the appendices.

Tolkien never said everyone was white but that’s certainly how all the artwork makes everyone out to be (most of which came after his death). He uses the term “fair” a lot but most of the time he means it in the sense of “beautiful” rather than pale and blonde.

I've decided I like the Harefoots now. Funny little guys.

Haven't watched Rings of Power, but the above kinda rings true for the new GoT. After 3 episodes I'm ready to give up
New posts

Separating Vocals From A Track