Where did you get it? Was sold out everywhere I checked in town (apparently Dylan and Young LPs were quite the Father’s Day combo).
G

Golden discs in liffey valley.23euro for the regular vinyl. They had at least two more

I tried Golden Discs in Stephen’s Green with no luck, not likely to be in Liffey Valley anytime soon but that price is a lot lower than I was expecting.
G

Nun Attax/Five Go Down To The Sea/Beethoven-lp not played this yet,but as I was looking through the book with it,it seems they have made the unforgivable mistake of mixing up the order of the songs. Made even worse as its 3 different bands too.

The PJ Harvey re-issues. Rid of Me now available for pre-order.

Pre-ordered the new Bob Dylan record, felt I deserved the limited edition 180g olive green vinyl. Doing my best not to stream it on Spotify so I can relish the first play when it arrives.

I pre-ordered the new Fiona Apple album on vinyls, also they're doing a pressing of her 1999 album on vinyls for the first time. I'm normally against cd-based on albums being rereleased on vinyls just for the sake of it but exceptions can be made, no?

Also Manic Street Preachers - You Love Us EP on 12" - got sadly audiophile-y about the sound on this one, throwing about words like "crankable."

picked up the most recent Utopia Strong 12". 2 really good side long tracks taken from live shows. Was a bit concerned that the sound would be a bit shite but it's not at all. Kind of regret passing on their first 12" of these sorts. (they are a little pricey though).

The cover is a lino cut print on a card sleeve. Ink was still wet in the package, had to surgically remove it from the poly bag it came in

this book. potentially expensive rabbit hole to go down... 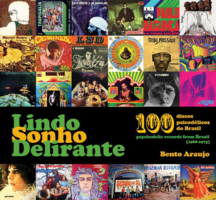 Bought Gold & Grey by Baroness on Vinyl the other day. Epic packaging.

Related: some grand sales at the moment. Got a pair of Superdry jeans for half price.

had too look up that to see what it was.
mad to think they found a full Stooges concert from 1970 after 50 years.
Greg Shaw from Bomp! always said there had to be a live recording out
there but if even he couldn't find it i thought it must be a lost cause.

Best album of all time.

Just got it on vinylS there over the weekend.
New posts