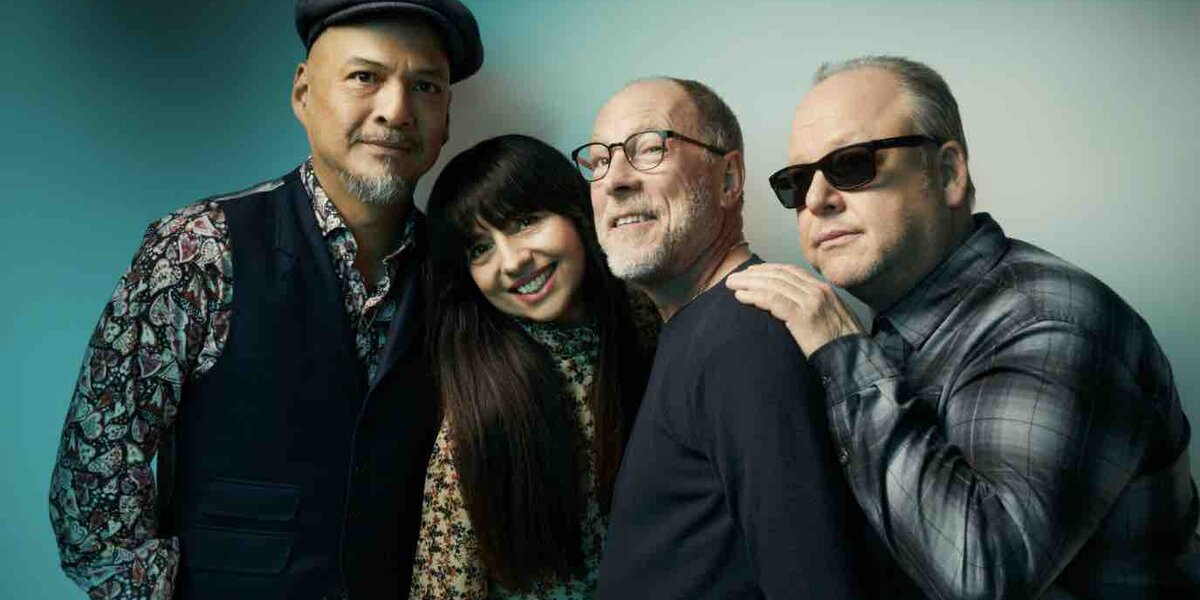 Rescheduled from 17th July 2021 to 16th July 2022.
One of the most influential bands of the last thirty years, Pixies, whose mix of punk aggression and pop melodies helped establish the sound that would become the calling card of alternative rock in the 1990s.
Formed in 1986, they released a mini-album in 1987 called Come On Pilgrim, followed up by their first full-length album Surfer Rosa which featured songs such as “Where is my Mind” and “Gigantic” in 1988. Surfer Rosa was well reviewed and became a college hit in the US and UK, catapulting Pixies to fame.
While Pixies have been acclaimed as the most influential, pioneering band of the late 80s alt/rock movement, having blazed the trail for artists from Nirvana to Radiohead to Sonic Youth and whose fans included David Bowie and Kurt Cobain, today a whole new generation of music fans are discovering their “loudquietloud” signature sound.
As the UK’s DIY put it, “They’re back. They’re still brilliant. God save the Pixies.

Has anyone else that likes the Pixes (surfa rosa) not bothered their arse to go see any of these gigs?

chris d said:
Has anyone else that likes the Pixes (surfa rosa) not bothered their arse to go see any of these gigs?
Click to expand...