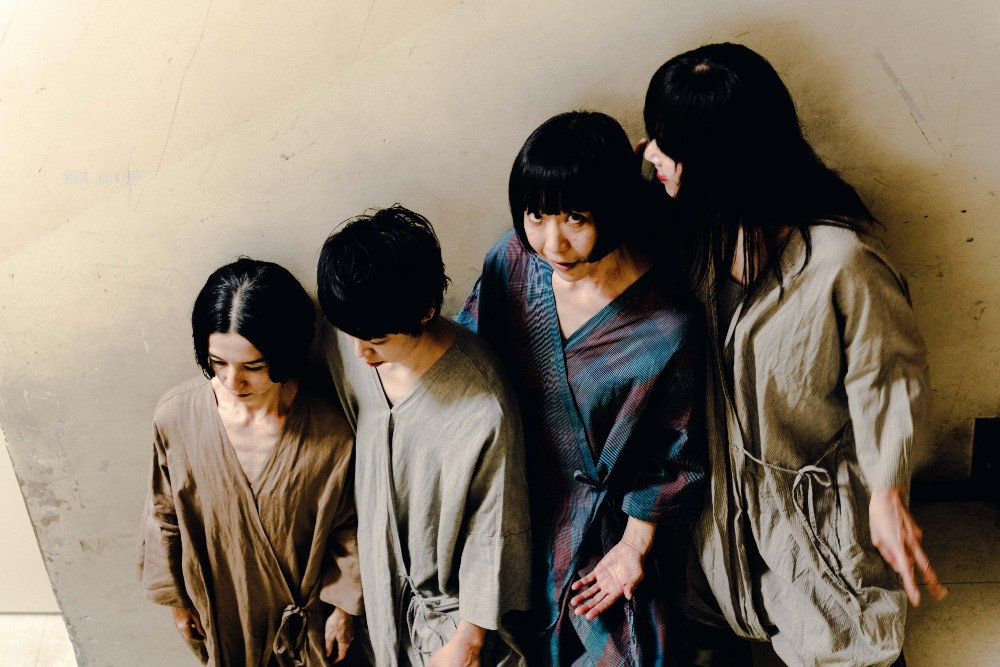 OOIOO touring Europe this spring, including a set at
Rewire Festival 2020 alongside Hildur Guðnadóttir, Ex Eye and more

YoshimiO, frontwoman of OOIOO, is a musical force of nature. The multi-instrumentalist is best known for her drumming Boredoms and work with SAICOBAB, and has collaborated with Susie Ibarra, Kim Gordon, the Flaming Lips and many more

Just over a week out from the release of their new album nijimusi, OOIOO have shared new single “jibun”. Shifting between technicolor acid-tinged guitar melodies and tight rhythmic interplay, OOIOO channel the raw energy of early punk, no wave and psychedelia balanced with a masterful command of their instruments. OOIOO will be touring Europe this spring, including a set at Rewire Festival 2020 in the Netherlands alongside Hildur Guðnadóttir, Ex Eye, The Caretaker and more, with further worldwide tour dates to be announced.

OOIOO has always created a musical language all its own. Under the leadership of Japanese expertimental music figurehead YoshimiO, also a founding member of Boredoms and Free Kitten with Kim Gordon (Sonic Youth), the group has recorded six albums that have subverted expectations and warped perceptions of what constitutes pop and experimental music. After a six year hiatus, OOIOO return to the roots of being a four-piece band on new album nijimusi. Recorded mainly using a conventional rock ensemble of two guitars, bass, and drums, OOIOO took a primitive and basic approach to creating the music. The arrangement of tones seems to be almost ancient, transcending the notion of a musical ensemble, suggesting the connectivity and oneness that is inherent in all living creatures.