Cormcolash said:
That's been well covered in the past too!
Click to expand...

detested that song in 1993 when I was 17. it was preceeded at no.1 by And I Will Always Love You and was no.2 for ages before they dethroned Whitney. between the two of 'em they must have been no.1 in the UK for 20 odd weeks!
times does strange things though; in the 2000's I heard No Limits and thought ''this song is crying out for a grindcore version!''. somebody did do that but it was piss weak not really grind at all - a missed opportunity. ''GRINDCORE! GRINDCORE! GRINDCORE!''

yeah, anyway it's a mindlessly brilliant classic covered by many a metal band and all sorts of other versions.
even a Rammstein covers band.

the Paisley idea partly came from somebody sampling George W. Bush and creating a version of him singing
White Lines (Don't Do It).

Saw her on a doc on BBC 4 this year about TOTP in 1993. Anita survived cancer twice and always seems like great craic.
Anita wrote the lyrics for No Limits. She said she put her heart into those words but she's so good humoured she's able to laugh about people taking the piss out of it.

I was listening to Nick Cave and Sonic Youth back then so my tastes were fairly under developed. 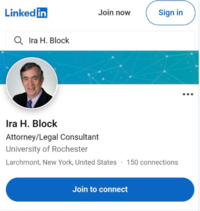 is his sister called Uda?

JohnnyRaz said:
is his sister called Uda?
Click to expand...

I was in Belfast on Sunday. It's way more of a kip now than it was in the mid 90s when I was there loads. It's more like a kippier 90s Dublin. Maybe it's great for the arts now.

Jedward have segwayed nicely from pop agitators to sociopolitical agitators. A lot of "slamming" and "calling out" going on. Kudos to their PR team prefuse said:
Jedward have segwayed nicely from pop agitators to sociopolitical agitators. A lot of "slamming" and "calling out" going on. Kudos to their PR team

A
Trying to find the name of an Irish group from 2010s. Any help?