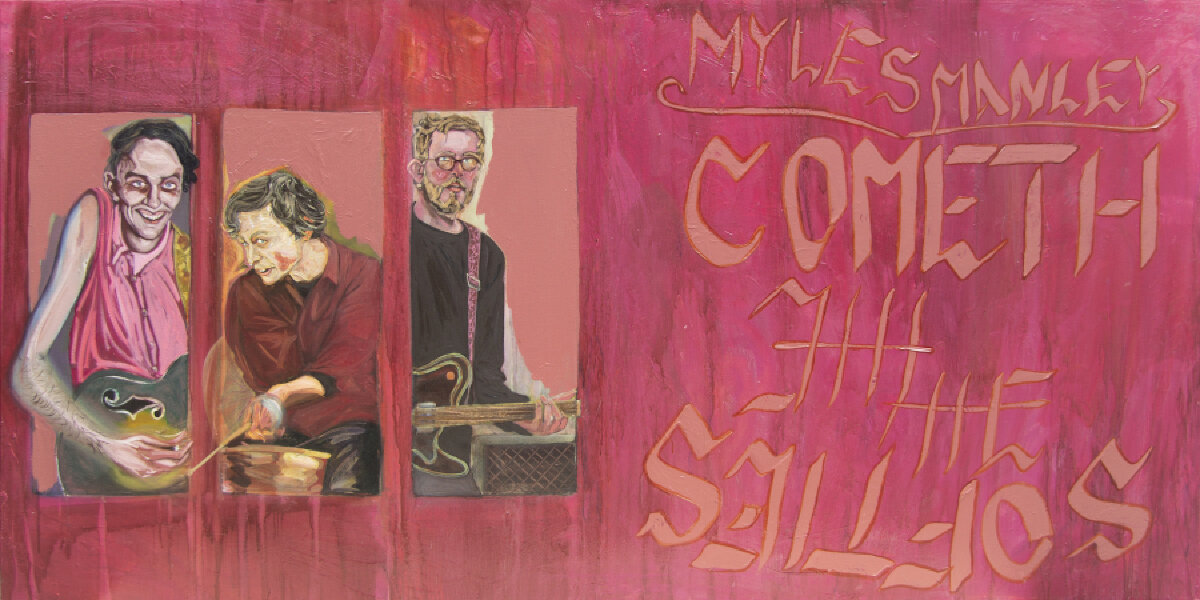 Myles Manley is an Irish singer/songwriter whose music is an idiosyncratic mixture of folk, art rock, and pop music. Early releases Greatest Hits 2012-13 (Album, 2013), More Songs (EP, 2015) and singles Relax; Enjoy Your Night Upon The Town (2017) and i'm in love with Myself (2018) established a strong critical reputation in Ireland, with fantastical music videos situating Myles Manley somewhere between enigmatic popstar and outsider folk artist.

In the pre-pandemic years Myles Manley toured the Irish and UK DIY scenes extensively with his 3 piece band, culminating in two releases in 2020: Aaa, a 3 song EP with interconnected narrative music videos; and Cometh the Softies, a 10 song album, which received praise from The Quietus, Clash Magazine, The Irish Times, The Thin Air and Jersey Beat among others.

The band roared back into action in 2022 with the Sketchy World Tour, taking them for their first dates in the USA, UK, France and Ireland. The Dublin date at Workmans Cellar on Thursday, June 9th will be a triumphant return to the city, and a very very belated release show for Cometh the Softies.

The Quietus: “Brimming with plenty of pop sensibilities as hooks abound, [Cometh the Softies] is an album that deserves the listeners undivided attention ... thought-provoking, sincere, biting and wildly funny” (album review)

Clash Magazine: "[Cometh the Softies] is a remarkable document, with his left-field pop and multi-faceted lyricism - often allowing the personal and political to intersect - working on a variety of different levels. Indeed, Myles' free-thinking stance puts us in mind of Richard Dawson - not sonically, but more in the sheer independence running through their work" (music video premiere)

The Irish Times: "Highlighting topics such as gender, individualism, acceptance and disrespect, Manley is adept at laying bare evident inequities. Factor in the buoyant rumpus of the music and you have an end-of-year album for all seasons" (album review)

The Thin Air: No. 5 in top 50 Irish releases of 2020
"Cometh the Softies is a worthy and well overdue full length debut from one of the country's most unique artists" (album review)

Jersey Beat: Paul Silver's top 25 records for 2020
"This is one of the most unique, fascinating, and fun records I've heard this year" (album review)

Cal Folger Day just added as support. New album is out today and it is superb!

Love a bit of this fella.