@pete can you turn thumped into a news and current affairs site?
S

and footballs in the groin
M

thumped is for clicks.
M

pete could use thumped as a platform to launch his owen cryptocurrency too. bitgroin?
S


That took far too much work.


That took far too much work.

Is that an NFT?

dudley said:
Is that an NFT?
Click to expand...

This is an NFT: 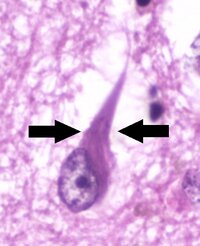 magicbastarder said:
@pete can you turn thumped into a news and current affairs site?
Click to expand...

But it already is?
N

not enough music threads at the moment alright....
M

just found out that a friend has cancer. at least they're doing well, as far as doing well can be when dealing with that.
S

Gross pay: £560
admin cost £28
That's for half a month. It's always quiet this time of year, so while the wages are beyond shite, I was expecting that. The admin cost, grrrr

I get paid through an umbrella company. I have no idea what the fuck these Channel Island tax dodging cunts actually do. When things are going well you don't think about it, but £28 matters a lot right now. And you know, I'm not a total idiot, I have looked into these things. I do all I can do.

I did just write them an email, but didn't send it. Posted here instead. CUNTS though.
G

The Tube is no longer available on YouTube.
N

Lol-Z channel?.... it's all gone.
glad I watched 7 or 8 programmes when I had the chance.
they still have TFI Friday though! which was crap except for Napalm Death playing live.

Shit, I didn’t get around to any of them.
G

This is the wheelchair parking ( looks like only one space) at ballyowen medical centre. We will have to drive forward to get the chair in or out. In fact we will need to drive far enough forward that the ramp is barely on the kerb. 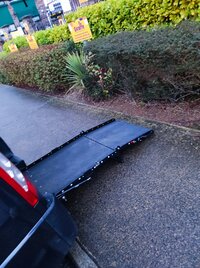 If we opened the ramp on to the "road" ( it's. In a car park) we would have to go this way to get on to the path. It doesn't look it,but that's steep enoughand if someone parked in that first space with their wheels at the kerb,the chair probably couldn't get by.

And there is only one wheelchair space.
It's a fucking health centre!!!!!! 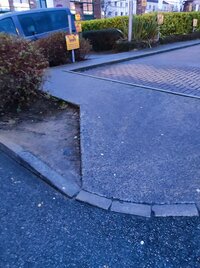 Cunts who won't bother getting their boosters. Why should these fuckers put the rest of the fully vaccinated's health in jeopardy? NPHET should have at least insisted on the fully vaxxed and boosted keeping their passes while null and voiding the non boosted. Rant over.

Didn't know where to put this, but since it's bugged me enough all day, here it goes. Bare with me.

Today's work was installing a bunch of arcade games in one these cool new offices where they do things like this for their staff. Their canteen is basically an expensive coffee shop, but everything is free.

Everything was good, but this is the bit that nagged at me:

They took our order, I said I'll have a hot chocolate please. I don't drink coffee, and I don't trust them to make a proper tea. She comes back with the HC and says
"Hot Chocolate? That's a bit childish isn't it?"
"Em, no, is it?"
"Yes I think so. It seems a bit childish to drink hot chocolate".

I think to myself "I'm installing an air hockey machine and arcade games for you and your mates to play with, but I'm the childish one? Thanks for the drink, fuck you".


Then my colleague is in a kinda well known band. Another person comes up to him and saying nothing, sticks his phone in my mates face. Apparently he was showing him pictures of his own band. My mate is like "Well yeah, that's me alright".
Hipster dude just casually says, in that nasally American voice "Yeah, like I just put it out on my insta that the guy putting video games in for my office party is actually in a cheesy metal band".


A cheesy metal band? I mean, yeah they are I suppose, but he has been doing it for a long time. To just reduce a guys lifes work like that and think you're just making casual conversation, like... well haven't you just got everything figured out except decency?

They were just so astoundingly rude and they had no idea. And of course, we couldn't say anything about it, we just had to suck it up.

I'll still go back. The hard part is always the people.
New posts

The 'Brands I don't get' thread