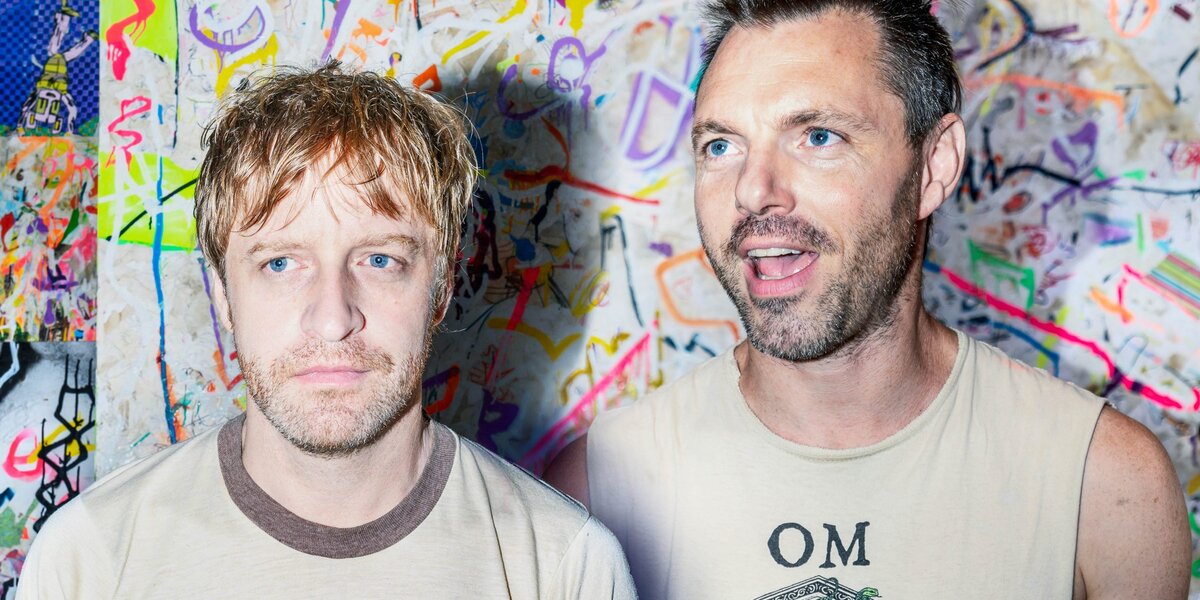 Lightning Bolt play with abandon that is unmatched and remarkably undiluted since the duo’s formation 25 years ago. They are often called one of the loudest rock outfits in existence, both on record and on (or famously, off) the stage. Brian Gibson creates sounds that are unexpected and remarkably varied with his virtuosic bass playing and his inventive approach to the instrument, centered around melody rather than rhythm.

The dizzying fury of Brian Chippendale’s drums twist from primal patterns into disorienting break beats as his distorted, looped, and echoing vocals weave more melody into the mayhem. Amidst the fray there has always been shreds of a pop songs discernible in the eye of every Lightning Bolt song. For their seventh full length, Sonic Citadel, Gibson and Chippendale have done the daring, stripping away some of the distortion mask to reveal the naked pop forms as never before. Their relentless energy, inventiveness and, unrestrained joy still drive their songs, pulling you in and compelling you to bounce and yes, even sing along.

Over their career Lightning Bolt’s incomparable sound has been built on the ebb and flow between the power of raw, unbridled simplicity and a boundless, childlike sense of wonder. 2019's Sonic Citadel marks the duo’s most varied and diverse work since their seminal album Wonderful Rainbow, exploring a large breadth of emotions between and within each song.

"After 25 years in the game [Lightning Bolt] remain one of the world's greatest live bands." The Guardian *****

"The noise-rock dup still sounds louder than a monster-truck strapped with explosives." - NPR

Lightning Bolt - Blow To The Head