Enthusiastic Eunuch in association with the Arts Council presents 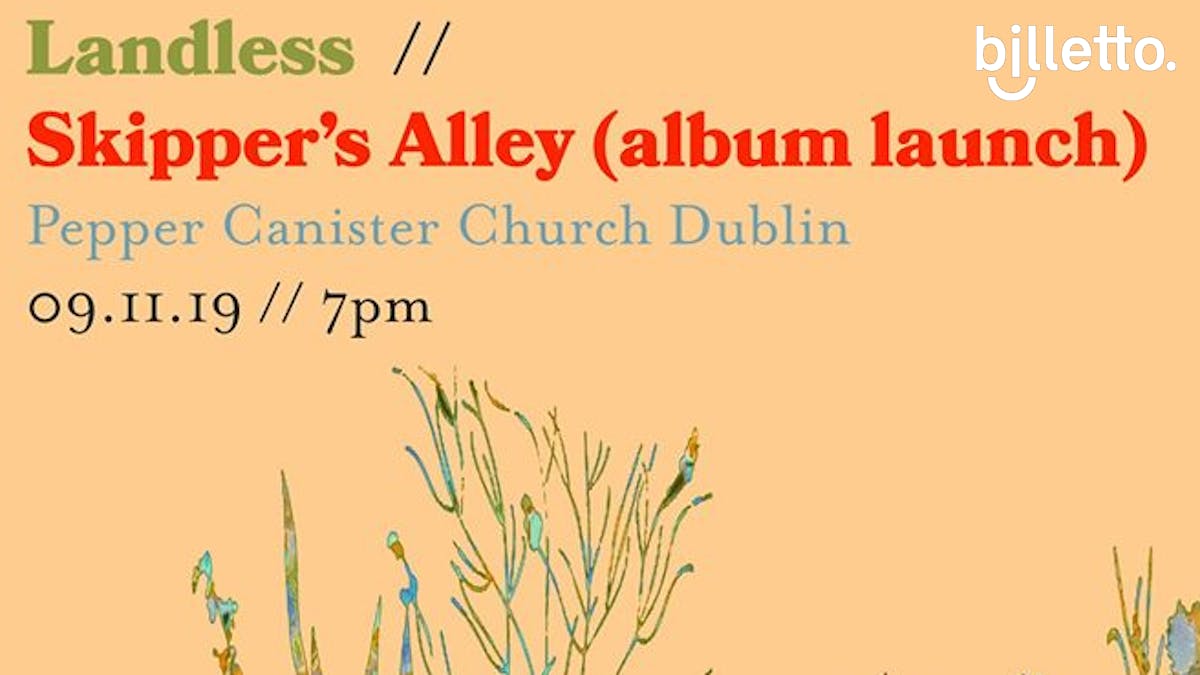 Landless & Skipper's Alley pair up for a double header of two of the nation's most exciting contemp...

Landless are Lily Power, Meabh Meir, Ruth Clinton and Sinead Lynch. Formed in 2013 and based in Dublin and Belfast, they sing unaccompanied traditional songs in four-part harmony. The last five years have witnessed a new & potent wave of young Irish folk artists releasing some of the most arresting and meticulously crafted albums released on this island for many a year. Since the release of their remarkable debut album Bleaching Bones in 2018 Landless have joined the likes of Lisa O’Neill, Lankum, Brigid Mae Power & many more at the vanguard of a new generation of musicians leaving their indelible mark on an already rich and bountiful Irish folk music landscape.

In January 2017, Landless first set foot in the auspicious but indecently cold surroundings of St Luke’s Church in Howth, North County Dublin to begin recording their highly-anticipated debut album Bleaching Bones. Several iconic churches and less iconic tunnels later, their first album was released to huge acclaim in Ireland& the UK. Recorded & mixed by John ‘Spud’ Murphy (Lankum/Katie Kim/The Jimmy Cake) Bleaching Bones is both an immensely powerful and hauntingly sparse collection of traditional songs using nothing but four immaculate voices and the natural reverb of the recording locations to create a timeless and masterful piece of work.

On the back of Bleaching Bones, Landless have performed around the UK including performances at Lauland in Edinburgh & Aberdeen, Celtic Connections 2019, Burns & Beyond (collaborating with Lau’s Martin Green) and performed a specially commissioned piece in collaboration with acclaimed Irish poet Anne Marie Ni Churreáin at the inaugural RTE Folk Awards.

Now with the help of the Arts Council, Landless are setting off on a short tour of reverberant & dramatic spaces to present material from their debut album and new material earmarked for their second album due to be recorded in Spring 2020.

“Like The Voice Squad 30 years ago, Landless might well possess the potential to capture the hearts and minds of UK & US festival audiences too” –fRoots

"subtlety and grace abound in this album. There is something about voices in harmony that make you feel good – and Landless have this to perfection. There are no airs and graces, just beautiful harmonies, their sound uplifting and spiritual, even ethereal." http://www.folkradio.co.uk/2018/04/landless-bleaching-bones/

"A home-spun, home-made debut from Dublin and Belfast, an utter gem waiting to be treasured."
https://www.caughtbytheriver.net/2018/07/landless-bleaching-bones/

"Evocative, celestial, ethereal and, above all, extremely resonant, Landless will be ready to provide a warm embrace and whisk us to windswept, remote, rural Ireland and away from whatever the murky future challenges us with" - The Thin Air, 2018 Preview

“..when Landless step onstage and open their mouths, the hush in the room is louder than any amplifier hum” - The Irish Times

Spooky update: this is now a double header with Skipper's Alley who will be launching their new album 'The Oul Flip' on the night Very Special Guests would be a deadly band name