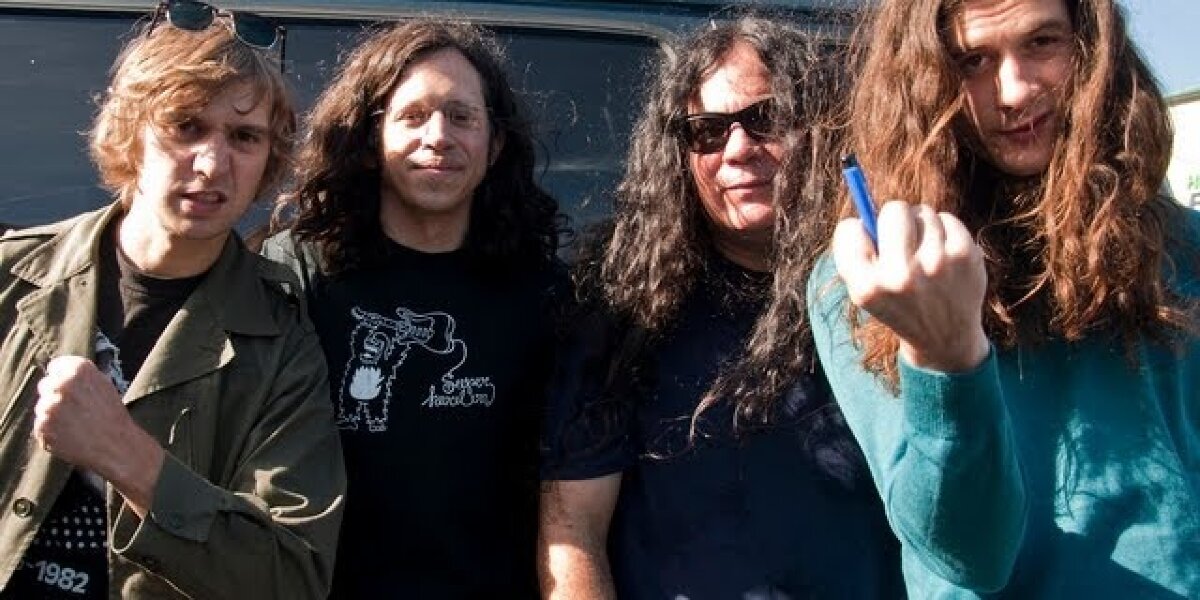 Acclaimed musician, songwriter and producer Kurt Vile will release his highly-anticipated new album (watch my moves) April 15 on Verve Records—his first in partnership with the label (pre-order). In advance of the release, the album’s first single, “Like Exploding Stones” is out today—watch/share the official music video featuring Sun Ra Arkestra’s James Stewart HERE.
Recorded mainly at OKV Central—Vile’s newly created home studio in the Mount Airy neighborhood of Philadelphia—(watch my moves) was self-produced along with help from longtime collaborator Rob Schnapf (Richard Thompson, Elliott Smith). “When Waylon Jennings became an outlaw country artist, he liked to record at Hillbilly Central, which was Tompall Glaser’s studio,” Vile shares. “OKV Central is my version of that in Mount Airy. I’ve come into my own here, and at the same time I’m getting back to my home-recording roots.” In addition to Schnapf, Vile’s longtime band, The Violators, and James Stewart, the album features special guests Chastity Belt, Cate Le Bon and percussionists Stella Mozgawa (Warpaint, Courtney Barnett) and Sarah Jones (Hot Chip, Harry Styles).

Across the album’s 15 songs—which includes 14 originals as well as a version of Bruce Springsteen’s “Wages of Sin”—Vile pulls his talents in unexpected directions. The result is a vibrant, yet meditative album propelled by his trademark laid-back charm and curious spirit. Every lyric has been chiseled down into an aphorism, every bloom of distorted guitar or murmuring synth helping create that “fried” pop. “It’s about songwriting. It’s about lyrics. It’s about being the master of all domains in the music,” he says. “I’m always thinking about catchy music, even though it’s fried, or sizzled, out. It’s my own version of a classic thing—it’s moving forward and backward at the same time.”
(watch my moves) is Vile’s ninth solo full-length studio album and first since 2018’s Bottle It In, which Rolling Stone named #9 on their “50 Best Albums of 2018” list praising, “The long-haired poet-king of Philadelphia surveys his realm in high style on this 78-minute whopper…virtually no one else was making rock records like this…” Additionally, The New York Times calls him, “indie rock’s charming riddle,” while The Guardian praises, “such an instinctive facility for melodic logic that behind the shaggy locks and purple haze, there’s a clear-headed, big-hearted songwriter at work”.

In addition to his solo work, Vile has collaborated with numerous artists including John Prine, Courtney Barnett, The War on Drugs, The Sadies and more and is featured on last year’s compilation, I’ll Be Your Mirror: A Tribute to The Velvet Underground & Nico.