Chrissie Hynde & Annie Lennox (and Pete Townsend) covering Give It Up in 1983
some charity event (?) at Albert Hall

I think the trombone player on this cover featured prominently in the video is this guy called Dick Cuthell who was in SPECIAL AKA.
he's one those session people who has a huge list of credits and turned up all over the place: 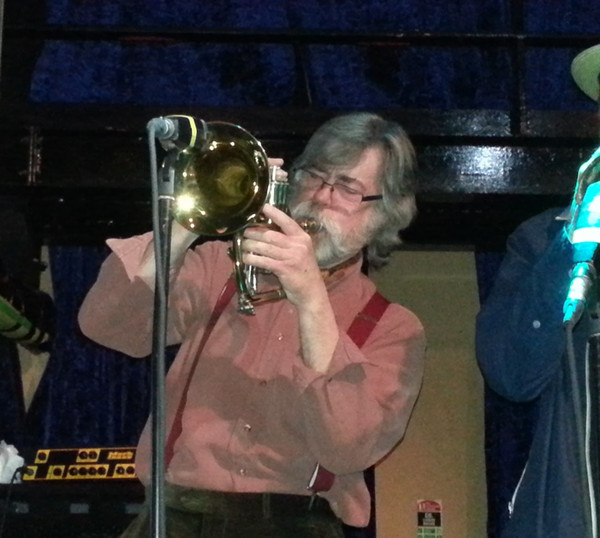 TEARDROP EXPLODES - Passionate Friend (1981, TOTP)
The first music magazine I ever bought (Select, August 92?) had an excerpt from Julian Cope's forthcoming bio. the whole book is amazing but the excerpt was partly about being on acid for this TOTP appearance which he writes about vividly.
the mag also featured an article about about NIRVANA at the gig in Belfast where Kurt overdosed afterwards.
the cover story was about the HAPPY MONDAYS' misadventures in Barbados recording the Yes Please LP
written by Miranda Sawyer which helped launch her career.

the trumpeter with the bald head and 'tasche is another guy who often turned up on TOTP when BBC4 showed the 80's reruns called Luke Tunney. 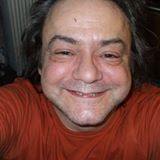 always lumped in with THE CHAMELEONS and THE SOUND as should have beens, THE COMSAT ANGELS
1983 re-recording of Independence Day from their 1980 debut LP (the original version was sparser sounding) was probably their last big chance of cracking the charts gone.

Independence Day (1983)
this was recorded off an American VH1 programme that showed videos shown on MTV 120 Minutes in the 80's. shows how useless the network in Europe is.

This popped into my head this morning

Annie looks amazing here - her best haircut!
EURYTHMICS - Never Gonna Cry Again (1981)
this is from their first flop album Into The Garden produced by Conny Plank.
they also appeared on OGWT at this time with Clem on drums:

this list of people playing on the LP is staggering:
Jaki Liebezeit (drums on this track) and Holger Czukay
Robert Gorl and Gabi Delgado-Lopez (DAF)
Clem Burke
Markus Stockhausen on brass (Plank worked with his Dad) 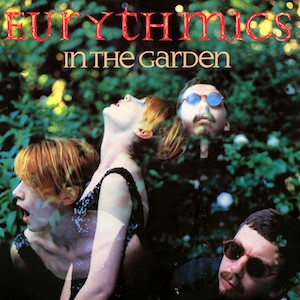 In the Garden (Eurythmics album) - Wikipedia 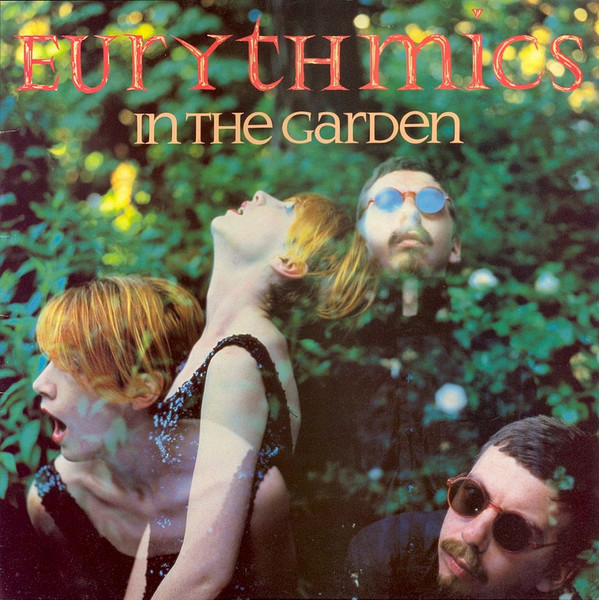 Eurythmics - In The Garden

Discover releases, reviews, credits, songs, and more about Eurythmics - In The Garden at Discogs. Complete your Eurythmics collection.

also the Aussie TV show this was taped off - RAGE deserves a mention.

rage is an all night music video program broadcast on ABC TV on Friday and Saturday nights. rage first screened in April 1987. On Friday nights rage plays new release videos through until 6am. From 6-8am rage plays a package of hits and new releases. From 8-9am rage plays a preview of the...
www.abc.net.au

anyone here watched this when in Australia ?
it's an all night show which never ceases to amaze.
I've probably seen over a hundred obscure videos on YouTube that were taped off RAGE.
gives a good idea why Australia seems to have much better popular music than most countries

I once died my hair like this thinking I'd be well cool. On a holiday to Rhodes/Turkey all the street vendors kept shouting "Hey ginger!"


That was not the desired outcome

therealjohnny said:
I once died my hair like this thinking I'd be well cool. On a holiday to Rhodes/Turkey all the street vendors kept shouting "Hey ginger!"


That was not the desired outcome

ah well not many can pull off a ginger hair do.

I wonder if Gregory and Susan's friends ever got to Karakas.

nuke terrorist said:
ah well not many can pull off a ginger hair do.
Click to expand...

I thought I looked lovely 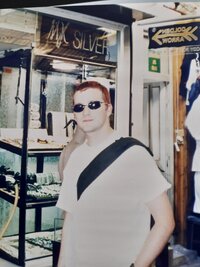 Not a fan, but he is a great prog rock guitarist. Played with Robert Plant for a while

TALK TALK - Such A Shame (1984) 13 minute long version remix.
10:00 to 11:13 was used in an episode of Deutschland 83 set in 1986 at an Angola oil refinery during a gun battle between UNITA (Western backed) and MPLA (backed by Eastern Bloc and Cuba) soldiers.
A maverick South African arms dealer is trying to escape with a suitcase full of US dollars when it goes flying through the air and opens showering the soldiers with greenbacks. For a brief farcical moment they stop shooting each other. Until the music stops.

I had heard Such A Shame used a few times as incidental music on European TV but only after seeing that show realised the song was a huge hit nearly everywhere in western Europe except the UK reaching the top 5 in France, Spain, Italy and #2 in Germany.