JohnnyRaz said:
there used to be corridor wars in our school, whereby free-for-alls would just breakout spontaneously. during one of them I was pulled to the ground from behind by someone, and understandably I punched back. Long story short I managed to knock out the front tooth of one of the hardest bastards in the school.

he beat me half unconscious a few days later...

Turned out it was genuinely a random thing, in the sense the kid just wanted to stab someone but didn't set out to specifically stab me. There were these massive squeezes where all the kids piled on and pressed the other kids trying to get out the door, I thought one kid punched me, and then the other kids noticed I was bleeding.

That school was a festering, terribly run, shithole. There was an active pedo, in the swimming thing, who everyone knew about. There was another lad who gave off the most vile pedo vibes imaginable, but was never formally prosecuted.

The kids were little shits too, and we did blow up the B corridor, and set fire to another part of the place, but they were pretty much asking for this kind of thing.

They gave the kids a smoking area though... which was cool of them I suppose.

Like to give you a level of the place: they installed one way mirrors looking in on the kid's changing rooms.

So, like, even in the hypothetical scenario where the teacher might not be a pedo, they'd still have an office with one end of it secretly looking in on kids getting undressed. Just in case like.

Someone made that choice: lads... can yiz find some one way mirrors?
What do you need one way mirrors for boss?
...the kid's changing rooms.
Oh right. So you can secretly watch them. Got it. I'll get them put in no bother.
N

fortunately I hardly encountered any bullying in school. even the fights were laughably wimpy and only happened at one school.
only one guy in my year in any of the five schools I was at (that's over 300 kids total) was a bastard to me.
when teachers would tell us we were being rowdy I always felt like saying -
''would you ever cop on - we are fucking harmless!''

I lived in isolated bogger areas and didn't mix with other kids much and it was normal for me not to meet ANYONE from school over the summer months.

that's why I think the baddies of my childhood were the adults who were enforcers of the standard Irish institutionalised disrespect of children something that I've gone on about here many times before.

Accountability was never a big thing in Irish society.

flashback said:
That school was a festering, terribly run, shithole.
Click to expand...

Jesus christ man, where did you go to school?

Active pedo in my secondary school too fwiw, fires and explosions too but I assume those were pretty standard in the 80s.

It's interesting that you say that, I didn't notice this until I was in Denmark and I noticed that they DIDN'T treat kids with this institutionalized lack of respect.

It was weird, I couldn't figure it out for a couple of weeks, but it must have been my normal and I only noticed it when it wasn't there.
N

I was going to type up a very long list of things I have grievances of from my childhood but I'll just settle for one:

when I was six circa 81/82 my 60 something year old teacher hit the entire classroom on the hand with a ruler for something that didn't happen - she said we were talking when she when out of the room and for once no one was.
I probably told my parents but they certainly didn't do anything about it.

once at secondary school aged 16 I had an idea for my transition year class to volunteer to pick up all the rubbish around the school. But I never told anyone because I thought we would be told ''NO'' as usual.
that's what growing up in Ireland did to me.

and yes, as ever I never miss a chance to moan about being a kid.

nuke terrorist said:
once at secondary school aged 16 I had an idea for my transition year class to volunteer to pick up all the rubbish around the school. But I never told anyone because I thought we would be told ''NO'' as usual.
Click to expand...

Probably for the best really
N

Cormcolash said:
Probably for the best really
Click to expand...

I was always really attracted to messers as a kid so Bart and Milhouse would have been rad dudes to be hang out with.
picking up rubbish = one day off but why stop there ? this is what life should be like (boring parents take note)
never saw this one until now
N

I.. I..
been doing my level best to not get cancelled making a bill gates pictured with his x-box joke on twitter for almost a whole day now
N

What did she ever see in him?

I'm sure everyone here is aware of the brutality unfolding in Gaza. I don't have a lot to say about it. Just seeing the destruction on social media - It's kinda hard to process - real time aparthied and I've no idea what I could be at other than watching.

It's a mess. As long as Hamas keep shooting rockets, Israel will keep bombing Gaza.

... and as long as Israel keeps bombing Gaza, Hamas will keep shooting rockets. Can't see a resolution ever, unless the Chinese take over the world or something.

I was gonna say that ya know, Israel will just bomb Gaza every now and then anyway. Just the firing rockets achieves fuck all for the Palestinians really, except to guarantee more houses getting blown up in return, whilst the response from Israel is one of many elements that generally helps to guarantee a hard-right ultra-nationalist support in the Israeli government.

One of the theories about the current actions is that Netanyahu knows full well that the bombings of Gaza only increase fundamental support for Hamas, and he actually wants to do that because the state of yearly crises is good for his voting and power base, allowing him to argue that he's the only person that can deal with it.
The contrast would be Mahmoud Abbas winning the Palestinian vote (elections were mysteriously postponed just before this current round of shit with Abbas apparently leading in the polls ahead of Hamas), which would presumably lead to a more moderate Gaza and future calls for talks instead, and guys like Netanyahu simply don't want that. Just look what happened last time it looked like there was going to be a real deal between Israel and Palestine...

So yeah it's all just a horrible power game really with thousands of innocent victims getting shit on caught in the middle.

One thing I was really watching was the response from Biden and co., after they've had a few rounds of being fawned over "Ohhh they are so different, he wants to get rid of vaccine copyrights and he wants to tackle wealth inequality!". The response was the typical usual shit from them anyway, but hey washing the hands is good for keeping the virus away right.

I can't get my head around Biden of today being the same person as the Biden of the past, purely on the basis of looks and sounds 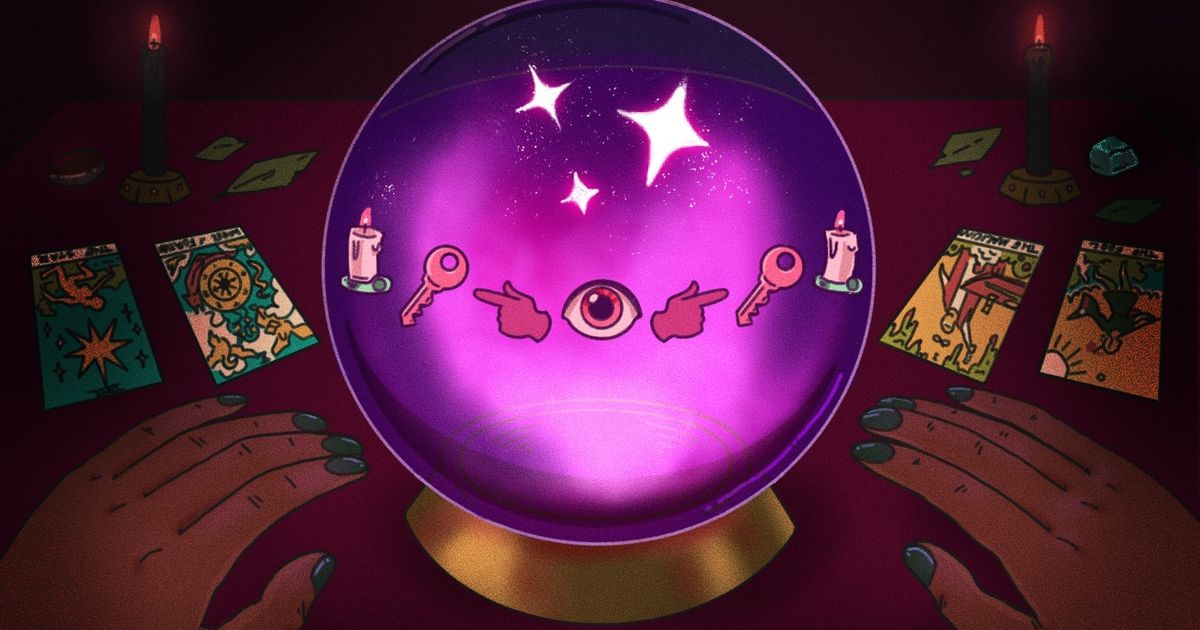 How to be a witch without stealing other people's cultures

Withcraft is more than a trendy TikTok aesthetic.

How to be a witch without stealing other people's cultures

Withcraft is more than a trendy TikTok aesthetic.

Stand Up Comedy is dead