I wonder how long it'll take before I dissolve into a state of anyone even saying the phrase 'game of thrones' being a spoiler.

i wonder if someone will leak a few episodes this year

nooly said:
i wonder if someone will leak a few episodes this year
Click to expand...

can't see them making that mistake again. i expect (p)review distribution will all be done via streaming this time round.

but i want to see it now

Here are some more details on the Game of Thrones season 7 episode lengths.

The finale will be the show’s longest-ever, clocking in at nearly an hour and a half, while another episode will be show’s shortest ever.

“We have two episodes over 60 minutes this year,” showrunner Dan Weiss told EW.

“One will be our longest episode ever — it’s coming in around 90 minutes,” added showrunner David Benioff. “Another is going to be our shortest episode at 50 minutes.”
Click to expand...

where's danaerys meant to have got her signature stone-washed skinny jeans from?

So only 13 episodes left in the whole thing but we might have to wait until 2019 before we're done with it?

Almost as annoying as waiting on the corpulent one to finish another book. 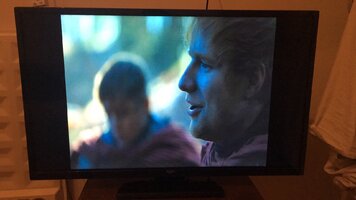 They used a shoehorn bigger than Westeros to get him in there.
New posts

Adventures on the cutting edge of wokeness