Titles such as Plink Plink Fizz, Sunny Days and No More Plastic Pitches might not mean much to many people.

But for some who grew up in Cork during the 70s, 80s and 90s home-produced magazines such as these represented an expression of the underground counterculture that spawned from the punk movement.
Often photocopies of handwritten text or incorporating montages of cut-out text and images from newspapers and magazines, fanzines or zines for short, generally focused in on the punk and independent music scenes. 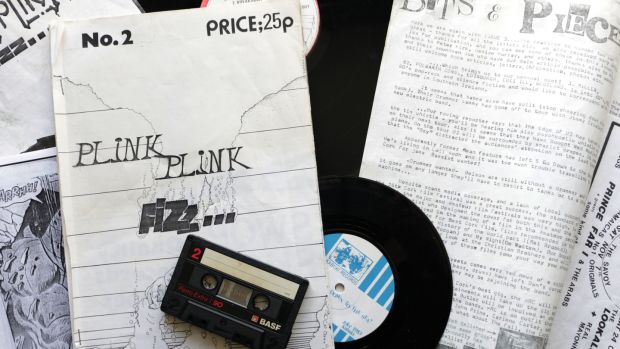 Publish and be Damned, a new exhibition at UCC Library in partnership with Cork Zine Archive, has crowdsourced the biggest collection of Cork-produced zines and a call has gone out to the public to seek out any fanzines that may have been stored away over the years.
Spanning three decades, the exhibition features zines and independent magazines produced by individuals and groups in Cork from 1975 until the beginning of the age of digital and social media. 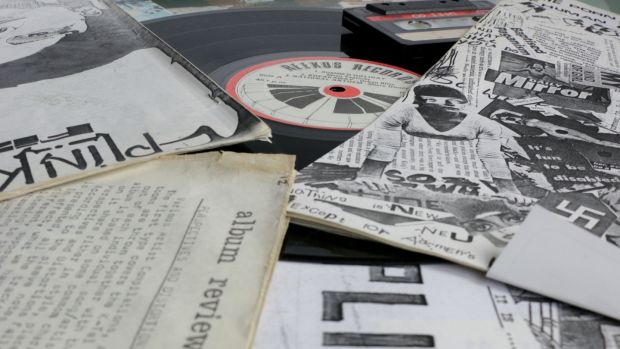 Crónán Ó Doibhlin, Head of Research Collections, UCC Library, described the zines as an important social record, which served as “the only space for voices that would otherwise have been lost amidst the dull din of the status quo.”
“Each fanzine produced in Cork tells its own story, with its own unique energy forever Xeroxed into every scribbled line of text and collage of images.
“They preserve an honest, no-holds-barred perspective on city life that was specific to each individual or group for whom the fanzine was conceived.”
There was no censorship as the constraints of formal publishing were absent.
Zines were an early iteration of today’s user generated content embodied by the Internet where music fans took it upon themselves to create their own magazines in the absence of coverage by more mainstream publications.
“But with the arrival of the internet, the fanzine lost its primary function, so we have seen a gradual decline.”
Organisers have called on the public to donate additional titles to the collection, which will find a home in UCC Library.
Publish and be Damned will be launched on July 5th at 5 pm, and the exhibition will run until the end of September 2019. For further details, contact [email protected].

I remember No More Plastic Pitches!