It's the Slavic way

Cormcolash said:
It's the Slavic way
Click to expand...

Anywhoo being a combat sport at the highest level, slaps wouldn't matter shit so I tracked her insta to see what she if she had a reaction and thats how i found that.

I wouldnt want to undermine the other points about bullying here though - I suspect it's rife. Seeing Simone Biles step aside, in contrast to watching the surfers who were hi-fiving each other after going at each other for 30 mins in a typhoon is some contrast - and reflection of the environment the sport creates.

It is a global spectacle though - anything below superhuman and love island will win the ratings...

rettucs said:
Cycling is my favourite sport in it, but it makes zero sense for it to be part of the Olympics. It must be the only sport in it that features the top professionals of the present time.
Click to expand...

I remember that. I remember that anything other than an absolute demolition of the opposition would have been a failure and that brought its own pressure on the team. Was a bit of a nonsense though.

I turned it on this morning and they were playing golf? get fucked.

Think Basketball is my favourite thing in the Olympics. Naturally, RTE has shown fuck all of it, instead we spent about 60 hours in the swimming pool.
N

Sam Bennett's boss Patrick Lefevere (the most powerful man in Belgian cycling) wrote this in his column in Het Nieuwsblad newspaper today: 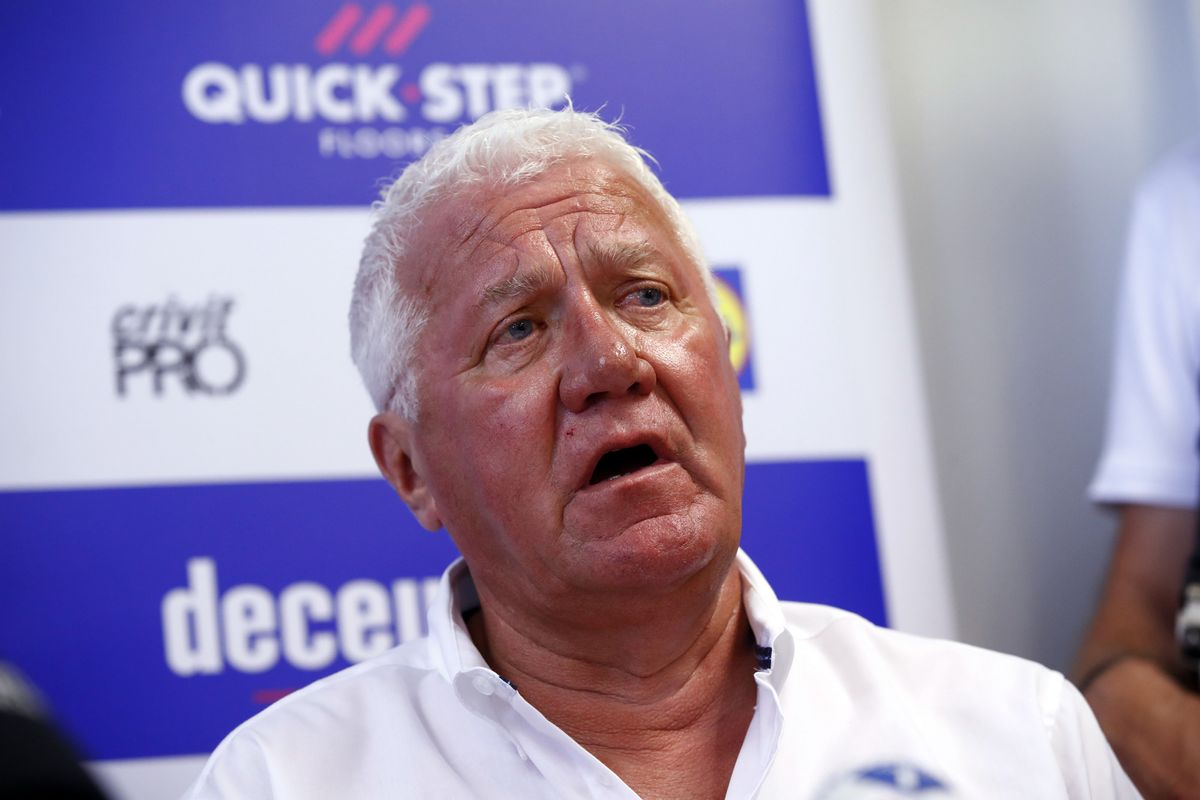 You'd go a long way to find any pro cycling team that doesn't have an absolute cunt at the helm.

The Italian lads getting 2 gold medals in 10 minutes on the track was class, all started by the two high jump lads sharing their gold
M

Only just saw that...

bizarre moment in the men's track cycling team pursuit when one of the Aussies came down close to the end. Looked a nasty fall and it wasn't clear at first what happened. What you'd normally expect is them misjudging a bend and sliding out. Turned out his handlebars snapped clean off the bike.

I can only remember this happening once ever before, and that was in the Paris-Roubaix, when George Hincapie's stem snapped. You'd nearly expect it in PR given the terrain, but not on the track. The bike manufacturers have a lot to answer for here.

Looks like they'll be given another run out, which is good.
M

have also seen similar i think during a time trial from a few years back - though now that i think of it, the stem didn't snap, i think it might not have been bolted on properly?

edit: was actually a snap: 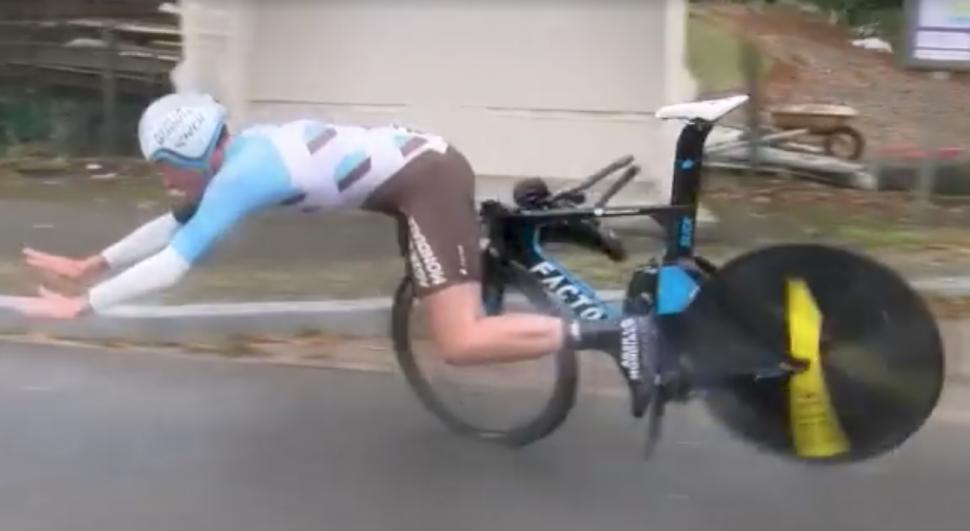 Video: Pro rider takes a nasty fall as handlebars are snapped clean off

The horror fall took place during a time trial at the Tour de Moselle, with the rider falling on his front and skidding for a considerable distance before coming to an agonising halt

amazing moment yesterday. fell at the bell and came back to win the 1500m heat.

dunderhead said:
amazing moment yesterday. fell at the bell and came back to win the 1500m heat. and 12 hours later won the 5000m final easy
Click to expand...

yea, not suspicious at all
N

magicbastarder said:
Only just saw that...

best 5 seconds of the 'lympics so far -
'' Well lads do yiz both want gold medals or keep going?''
awesome.
probably one of the few events where drugs don't make much difference.
ability, training and keep your weight down.
Tamberi is real character and in another great moment he still there celebrating a few minutes later when Jacobs won and was the first to congratulate him.

Bigot is a fairly common surname in France.

Kellie Harrington's had another routine win this morning.
so far the boxing judging seems sound but that could go out the window when medals are being handed out.

I was going on earlier in thread about Roy Jones Jr at Seoul '88 and the background of poor refereeing at LA in 1984 came up but I've since looked back at LA '84 where there were some equally appalling decisions.
Howard Cossell will tell ya:
Henry Tillman later was KOed in pro fights with Holyfield and Tyson (1st round 1990).
not all the decisions went for the USA. even light heavyweight Evander Holyfield was a victim. in final seconds of the semi Holyfield looked like he had just recorded his fourth KO of the tournament when he was bizarrely DQed:
at the medal ceremony gold medal winner Josipovic let Holyfield stand on the top of the podium:

there's a lot of exasperation on twitter about something that happened in the pursuit race between the british federation of states and Denmark, but its hard to get the detail of what actually happened.

From what I can tell, the Danes caught the brits, but then rode into the back of them, taking them out of it.

Now they're consulting the rule-book to see if any rules were breached. From what I can gather, if you make it to within a meter of your opponents, you win, so if the crash occurs after that the race is technically already over.


its fairly clear the Danish lad was looking down at the track, so I'm sure he was surprised as anyone when the trailing brit got in his way.
New posts