nuke terrorist said:
Wow. what a set up and finish - those left footers.

never heard of Theo Archibald but apparently he's normally a right winger but can play on the left. he was at Celtic but never got a game.

Orient have had a tough time in recent years. they're less than 2 miles from the Olympic Stadium and West Ham moving in there has put the club in jeopardy.
Brisbane Road is a cool old school ground. it looks a bit Subbuteo stadium.
Click to expand...

But I've heard so much complaining about it from the lads that I feel like I've been there. Tottenham womens team play there as well, which does involve us. So we're there a lot.
I've never been there because there's always so much firefighting to do with the system, (sometimes literal firefighting), and I'm still quite green in this line of work.

Class goal - strong Le Tissier at The Dell vibes from both the volley and old school goal nets! I really need to get to Brisbane Road before I pack London in. The bar at the supporters club always wins CAMRA awards for its real ale selection so I've had it on the must visit list for years.
N

didn't hear about this until yesterday and only bothered to look it up tuesday. not really into GAA football.


in Fossa captain Paudie Clifford's victory speech he hilariously criticises the ref for sending him off
His bro' David was also sent off.


all the red cards. Stewartstown won 4-2 on that count 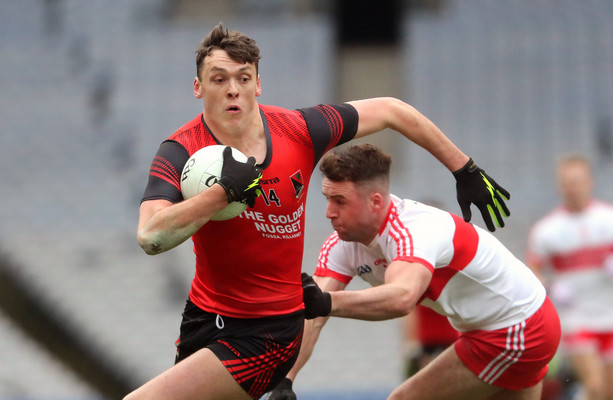 The reigning footballer of the year finished with 11 of his team’s 19 points in a win over Stewartstown Harps of Tyrone.

Is Herzog regularly sent up like this ala Attenborough or Steve Irwin or Hitler in the bunker?
worth watching for comedy value even if you don't care for bike racing.

David Clifford is an outstanding player. They were losing at half time and clifford and his brother turned the game on it's head driving the opposition to lashing out in the final ten mins. This completed a redicolous string of medals clifford has won in the past 12 months. Most of the game was good fluid football.
N

ann post said:
David Clifford is an outstanding player. They were losing at half time and clifford and his brother turned the game on it's head driving the opposition to lashing out in the final ten mins. This completed a redicolous string of medals clifford has won in the past 12 months. Most of the game was good fluid football.
Click to expand...

yeah - it's amazing the Cliffords play at Junior level. that's GAA club loyalty for ya.

I don't know enough about it to say for sure, but I will anyways
Tennis is 100% the best sport