If Katie Taylor loses it's because God willed it
N

Cormcolash said:
If Katie Taylor loses it's because God willed it
Click to expand...

Katie Taylor won just after 4 am. just catching up over last 20 minutes.
by all accounts it was a blockbuster of fight!
I only saw the last round so far but even then they were giving it everything until the bell.
seems like Katie started really well but got battered in the 5th and barely got through the middle rounds but came back strongly and got a split decision.
one controversy was one judge gave it 97-93 to Taylor, but no one seems to think Katie lost even in Serrano camp.

huge praise being lavished on both women for putting women's boxing in the big league.
couldn't have gone any better.

will there be a rematch?! yes - both said so in ring afterwards.
M

when Jurgen swears it's usually funny. when Fergie used to swear in press conferences he was angry.

a lot going on today. was watching three things at once earlier:

exciting match at Goodison v Chelsea. great atmosphere, Pickford made some great saves - never saw the so and so ever play better.

amazing end to Galway v Kilkenny - it ain't over til it's over.

highlight though was frame 4 of the snooker World's Final:
all the pots in a long frame (video 7 mins)
EDIT: Sorry - tried to put video in spoilers but I couldnt to get it to play then..

Judd Trump missed several opportunities to win the frame and Ronnie O'Sullivan managed to level the score at 66-66 on the black. the ref replaced the black alone (like a pen. shootout) and Trump lost the toss and had to go first.
he got the black safe near the cushion above the bottom left corner pocket and the white was near the right side cushion closer to the centre pocket.
Ronnie in moment of the rarest genius, played the black off the left cushion onto the bottom cushion, onto the right cushion and into the centre left pocket!!!!
who the fuck else would even see that?? - never mind try it. unbelievable.

But sportsfan friend said "Wouldn't it have done so much for the sport if he came out? It would've made the whole sport, and the world at large more inclusive and generally better". He didn't need to say much more because we all agreed, being the hippy wankers that we are. But I rarely hear such talk from soccerball friends. That's not what Ronaldo wanted to do, but that's up to him. I can't say anything about that.

Also David Moyes played youth football for Iceland. No one knew that.

I think Ronaldo, being the brand he is, being sold in places like Qatar, it could have been world changing if he went gay is ok or whatever, and I'm Ronaldo, try to ban me. Of course, that's not his battle to have. But if he did take it on, imagine how the Saudi's or the Russians or whoever would think.

I think Ronaldo, being the brand he is, being sold in places like Qatar, it could have been world changing if he went gay is ok or whatever, and I'm Ronaldo, try to ban me. Of course, that's not his battle to have. But if he did take it on, imagine how the Saudi's or the Russians or whoever would think.
Click to expand...

They'd just pretend it isn't real. People in the west already do that with Ronaldo.
N

But sportsfan friend said "Wouldn't it have done so much for the sport if he came out? It would've made the whole sport, and the world at large more inclusive and generally better". He didn't need to say much more because we all agreed, being the hippy wankers that we are. But I rarely hear such talk from soccerball friends. That's not what Ronaldo wanted to do, but that's up to him. I can't say anything about that.

Also David Moyes played youth football for Iceland. No one knew that.
Click to expand... 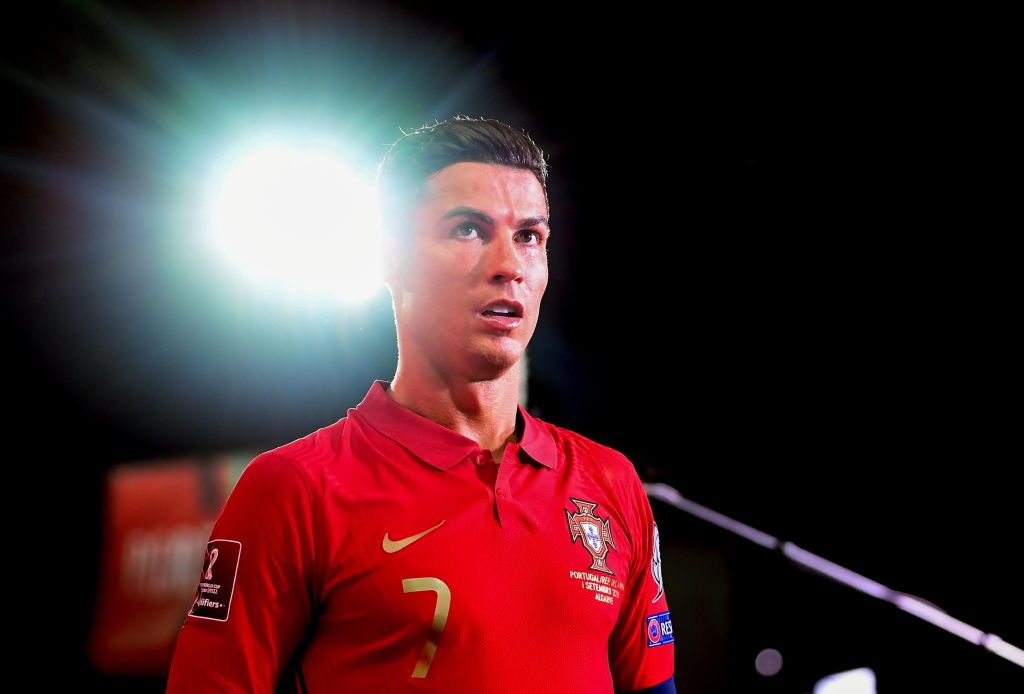 What happened to Cristiano Ronaldo's rape case? Here's what you should know

The criminal charge arising from 2009 sex allegations against the Manchester United and Portugal forward has been dropped – but a civil case looking to overturn a $375,000 settlement is still going on

www.fourfourtwo.com
another woman in Manchester made a rape allegation against Cristiano Ronaldo in 2005.

as far as male footballers coming out as LGBT+ goes, the media are the biggest impediment IMO.
they seem to think everyone likes being on front pages and selling stories about their personal life to Hello! - who would want that hassle?
I am sure well known current footballers have boyfriends and are living with them but why would you want to bring attention to that?

a huge amount of women footballers are lesbian - there are multiple players in every team.
many elite sportswomen are lesbians but they don't talk about their personal relationships in the media. e.g. I have never seen Alex Scott talk about being a lesbian. even in her broadcasts when she is being very pro rainbow Alex doesn't start talking about herself and her partner.
and that is what the media want from a guy coming out

My glib comment at the time was something like "Well, Ronaldo's just looking in the mirror during sex anyway, so the gender of the other person doesn't matter really".

I guess the thing with freddie mercury, or Ronaldo who is more likely bisexual based on accounts, or women athelete's of different codes - my deeply unqualified opinion is that coming out in itself is kinda a bolster for homophobia - i never had to cross any social threshold to be straight, no reason anyone else should to be them either - like an (actually a gay) friend says, he doesn't go to gay bars because all bars are gay bars anyways - likely to get schooled on this, but i don't think its a requirement of being any orientation really
M

or the 'we don't have a problem with homophobia, one of our biggest stars is gay' effect.

Some of my friends are gay

NBA update, and just what the fuck is going in this sport, I do not know.

Been following the conference semi finals

Philadelphia vs Miami... wake me up when it's over.

Dallas get two back on Phoenix... Phoenix win game five at home. Phoenix to clinch it in game six. Not bad, but nothing amazing. The Suns are going to win it this year? Nah.

Memphis vs GSW... GSW are the ultimate hate watch. If you think hating on Man U, New England Patriots, Brooklyn Nits... these cunts take hating a team to a whole new level. Rollercoaster series... wildly all over the shop. GSW destroyed them in game 3, after Memphis put on a clinic and put a few lads in a clinic at the same time. Looks like Memphis had broken GSW in game four, but GSW cunts knick it in the fourth. The series seems done as a duck's eye in a David Lynch movie... but Memphis cream GSW back in Memphis without their star player. Classic game of rising stars vs seasoned heels.

Pick of the bunch - Celtics vs Bucks. All games closely contested. Very aggressive series. Hate to say I'm rooting for Celtics. Celtics tie it in game 3 but the clock goes. Win game four to tie the series. Blow it or just up against a real team in game five losing by a point. Nailbiting stuff.

My tip - tune in for Celtics Bucks game six Friday midnight. Everything you want from the sport in complete opposition to Miami Philadelphia. The gulf in quality in those series is unreal.
Last edited: May 12, 2022
N

Game seven Eastern conference final tomorrow night 0130... could be the great anticlimax of the sporting year...3 -3 Boston go back to Miami against the dreaded Miami...faith is in Boston to do it, and see a final every sports fan wants to see - Boston against GSW - Boston beat the champions Milwaukee in the semis . Come on beat this nasty Miami Heat [although I love Victor Oladipo. He's a keeper, and a stealer.]

Really like this Boston group, They're like a shit-hot group of sweet, innocent lads produced by Albini in 93, and you want that winsome indie rock out on Touch & Go... soon.

Miami & GSW final? Nah. Rather pluck the hairs from my balls with an unrev'd chainsaw.

Finland beat Canada in the world ice hockey championship final last night. Didn't see the final but I saw quite a bit of the tournament, being in the baltics for the last couple of weeks (its the national sport here).

Not too much of a surprise as they are olympic champions too, but the Finnish team are savages. Their goal tally is only surpassed by the body count, following one of their games.
New posts