industrial action doesn't necessitate a strike does it? these days i think of everything in man/woman hours. if 10,000 people are watching daytime teevee by choice today then its 80,000 hours of work not done...a further kick in the balls to an economy thats in no position to take it. with the amount of factories pulling out of here, and the high street retail decline (just imagine all those light bulbs) at present the maintenance contracts are likely to start dissappearing all over, and they account for a lot of bread and butter locally. all people want these days is value for money. the sparks need to accept no matter what their legal standing that pay cuts are the new pay rises, in that getting paid at all is a bonus. its probably a very unhealthy time in terms of whos in the union as well, if you consider that the majority of active members probably trained and set up shop between about 1983 and 2008, which was the golden period for starting out on 40 euro a week and ending up on at times during the 'tiger' up to 1200-1500 per week.being construction sector, they are one of the industries that happily blew up the debt balloon for quite a number of years, non??? if they settle on 'no cut' as opposed to 10% either way, they are still going to have to cut a few % before the years out. with a high wage level been maintained in global news via strike action, i don't see many irish contractors winning overseas jobs either.

at the same time i agree with you on the rights issue, ignoring would effect everyone down the line, an i like people flipping the bird where necessary i just think that maybe taking it to European court or something rather then kicking the irish economy any further than its been kicked annoys me.

Jesus, man.
Is your Return key on strike?

sorry, should i write in picturebook form instead?

t-g said:
sorry, should i write in picturebook form instead?
Click to expand...

Supporting the proletariat shouldn't mean being against capital (letters).

7 - No tomorrow said:
Supporting the proletariat shouldn't mean being against capital (letters).
Click to expand...

Grammar is a bourgeois extravagance. 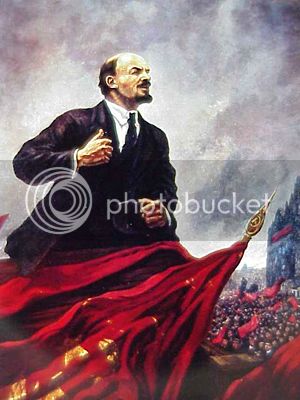 jeez, i'd hate to be dyslexic round you guyz, glad i got mine cured now.

I prefer this song.

Just for the hell of it have this

Location
Between 23 and 25 hours from Tulsa

Goff said:
This Government is taking the piss out of hard-won Labour Laws and is trying to tear it to shreds at the behest of IBEC.
Click to expand...

Does the government have anything to do with this particular strike or were you speaking generally? I thought it was just private companies in this instance.
D

Parlon is a two faced cunt ,always has been always will be,C.I.f are a joke ,im with the sparks !!

billy bragg, what a whining cunt
ooooh me girlfriend don't lahv me and the workers been done ovah, la la la

wash out your mouth at once.

i cry aht me windah, as mrs tidford's cat, makes his lonely way 'ome, oooh-ooooh
and i said darling, fings won't nevah be like they used to was

billy bragg is the only brit who can sing raglan road properly.

Location
Up My Own Hole, getting browned off.

petethedrummer said:
Does the government have anything to do with this particular strike or were you speaking generally? I thought it was just private companies in this instance.
Click to expand...

IBEC have been canvassing quite blatantly to reverse Labour Law and the Government are colluding in it and trying their best to reduce wages (though not their own and their cronies') and reduce Social Welfare payments (this has already happened - No Xmas Bonus, Reduced Children's Allowance, etc.).

So, yeah, I'm talking generally. But this situation wouldn't arise if this hadn't been happening all over the place.

When did it become acceptable to reduce people's wages? What sort of one-sided shite is being spewed from our Media that convinces people that it's okay to accept a wage decrease or you'll lose your job? There are an awful lot of employers out there who are using this to their own, profitable, advantage at the expense of the people who create their profit for them. It's nothing short of blackmail.

And the Unions aren't being very helpful, Social Partnership is a joke, designed to do nothing but stop worker's striking by promising them piecemeal increases.

And even the Farmer's no longer like Parlon. That speaks volumes.
New posts