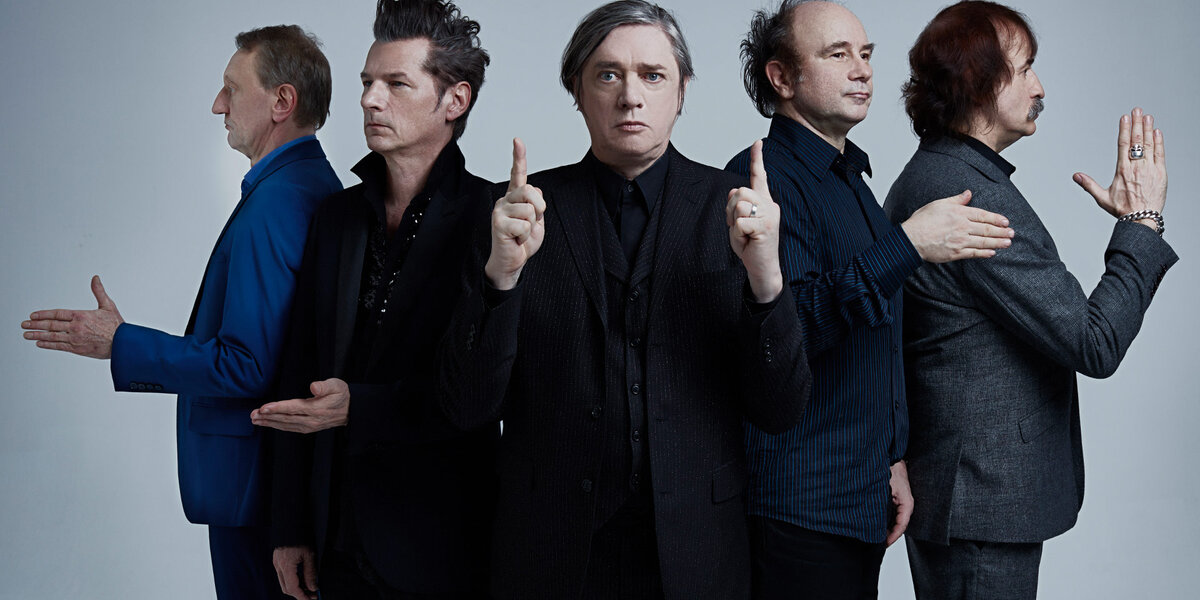 
The world acclaimed experimental Berlin band Einstürzende Neubauten perform in Dublin for the first time in 17 years at the National Concert Hall on July 3rd 2022.
Einstürzende Neubauten released a new album for the band’s 40th anniversary in 2020: Alles in Allem is a compilation of 10 songs often concerned with the exploration of “Berlin” as a thematic topos. The criteria first emerged as part of the process. So Blixa Bargeld wandered through memories, dreams, montaged fragments – and yet, in this elusive city, it is always about the present. The unique sound and textual landscapes of the band, founded in 1980 in Berlin, reveal the timelessness that Blixa Bargeld, N. U. Unruh, Alexander Hacke, Jochen Arbeit and Rudolph Moser have continuously maintained. And yet, through experimental approaches to songwriting, instruments developed over four decades and collective input, the band sounds remarkably cutting edge within its own time. In fact, through its individual brand of music the Einstürzende Neubauten seem to always command each and every manifestation of the here and now – whether in its early years or its more considered later work.

I accidentally booked a holiday at the same time as this gig and will miss it. Does anyone want to buy a ticket? I have four…