Hahaha this picture is amazing in so many ways! 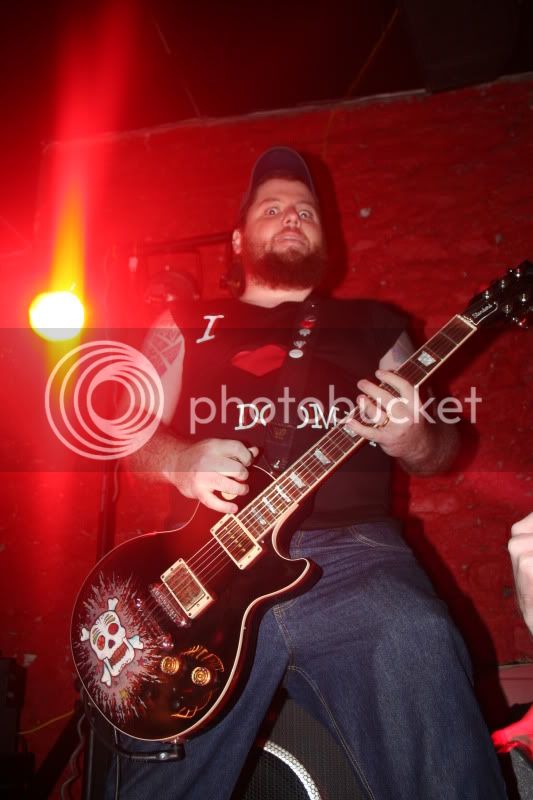 This was good craic. not much into doom but the buzz was great. on pain of death were pretty cool and seadog were fucking deadly. total over-indulgence in rock solo excess goodness!

despite all the yuppies around town too, the jazz weekend was actually really good. anyone see Skazz? They were class.... los langeros on sunday night too...amazing.

Was waiting for this weekend for ages!! totally amazing to have friends from all over the country in one spot getting hella drunk and stoned and listening to feedback for 2 days! If anyone knows the results of the wrestling that went on back in eoin's house i'd love to know.

It was the mos amount of hard hitting drummers i've ever seen at one fest. I thought henry from Moloch was going to break the stage at one point.
Also, fair play to Lenny Kravits for standing in for Ownsie.

love jones said:
I thought henry from Moloch was going to break the stage at one point.
Click to expand...

Sorry and Thank You to anyone affected by my presence at this. Fantastic weekend.

Tony Ramone said:
I had the same thought about the dude from Dwell in the Sun - felt like he was kicking me right in the chest
Click to expand...

He was some pounder alright. Really enjoyed their set a lot. Heavy fukkin chongo!!

love jones said:
Was waiting for this weekend for ages!! totally amazing to have friends from all over the country in one spot getting hella drunk and stoned and listening to feedback for 2 days! If anyone knows the results of the wrestling that went on back in eoin's house i'd love to know.
Click to expand...

I can't believe it's tuesday already and I don't want to think back on how much I spent on pints. Sea Dog and Realistic Train were the bands of the weekend for me. Getting sick now

Well, I'm slowly starting to gather my thoughts together about the weekend (warning - long rambling post).
Friday night is still a bit of a blur now (I know I partied til I puked anyway), but I remember arriving during Trenches' set, which I thought was great.
I also really liked On Pain of Death - there was just something very stark and malevolent in their sound. Maybe it was cos I was pissed, but I kept thinking it reminded me of some of the demo tracks from "Preparing For War".
I though Sea Dog were really good too, but I missed a lot of their set cos I went down to refill the drinking horn, ended up chatting with people and by the time I got back they were finished...
Moloch I can barely remember at all - I know I liked them a lot (largely based on the text messages I was sending the missus ), but can't remember what they sounded like...
Then back at Eoin's gaff I spent ages shootin the shit with a load of people until I had one toke too many and had to go outside for a puke, then fell asleep in the rain
Saturday was a little better - spent the whole day drinking, but somehow managed to be more sober by the time the night rolled around than the night before.
Dwell in Sun were excellent - the afore mentioned drummer was givin it socks, and the solos made it really cool too
I thought War Iron had an interesting take on the genre - it actually took me a few minutes to realise both the lads were playing bass Props go to the singer for having one of the best tshirts of the night (up there with the I <3 Doom and I <3 Leo ones).
I reckon Realistic Train were the band of the fest for me - they brought a nice change of pace, and a real, I dunno, woodstocky atmosphere Excellent stuff. I wished they'd played for longer though.
De Nov were one of the bands I was looking forward to seeing - I remember (last time I saw them was probably the last Doom101) the epic buildups, unfortunately they had to be done away with to shorten the set, still bloody good though.
I reckon it doesn't really need to be said that Slomatics were fuckin awesome. The reaction when they started playing celeste was great.
All in all, it was a fuckin brilliant weekend. Sorry to anyone that felt awkward with me shovin my horn in their face on the friday night, and to everyone else that felt they missed it on the saturday (I left it back at eoin's gaff)
J

I know what you mean. I'm still a bit shaky today. Somewhere along the line I think I was involved in the horn shennigans.

Bits and pieces of crazyness are coming back to me all week....
like sharing a bottle of buckfast outside the bar, which went in about 5 minutes! You'd think that would be a record, until I saw Richie from the bar drink one BY HIMSELF in 6 mins.

I also recall sloping off with Leo and a crew between sets on friday to see Ed/Bryan/Barrytron in their 80's covers band across the river. That was surreal, and also deadly. ACtually, they may have been band 'o the weekend for me. 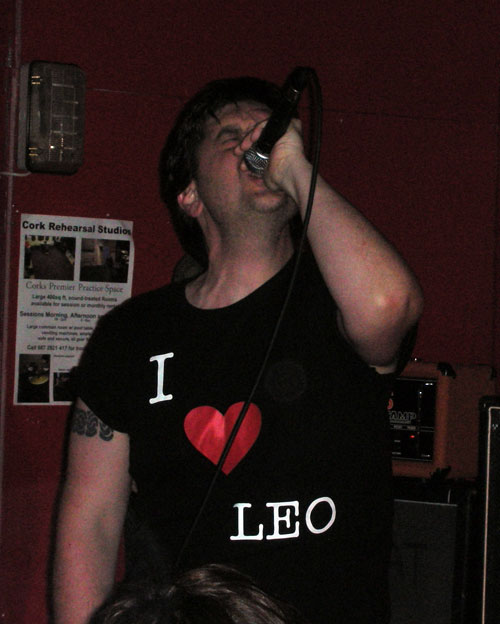 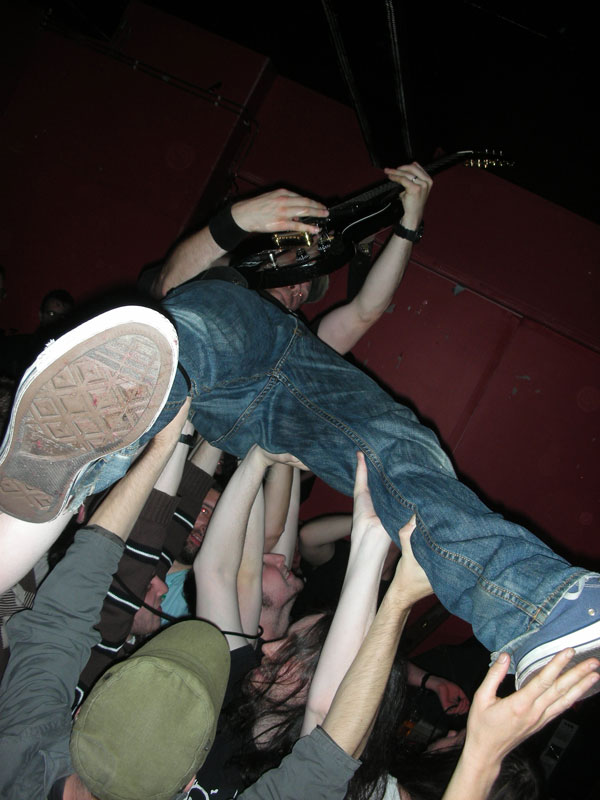 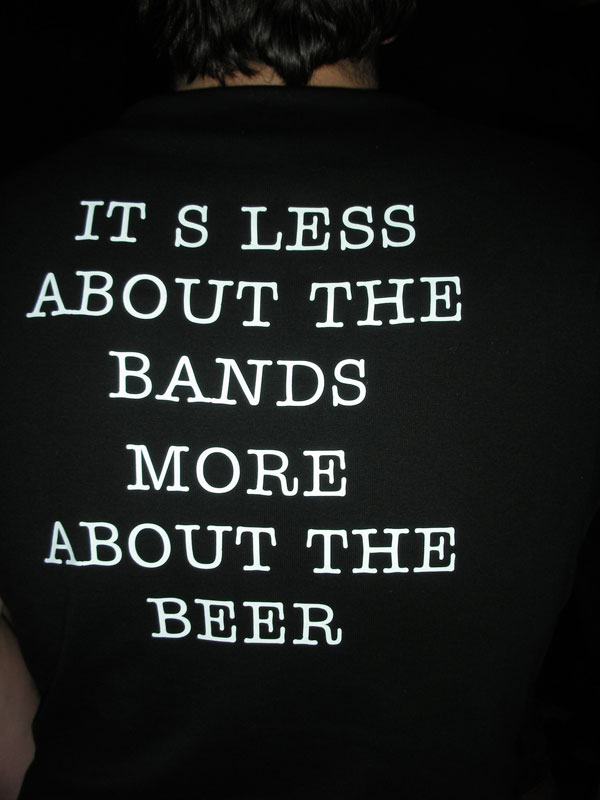 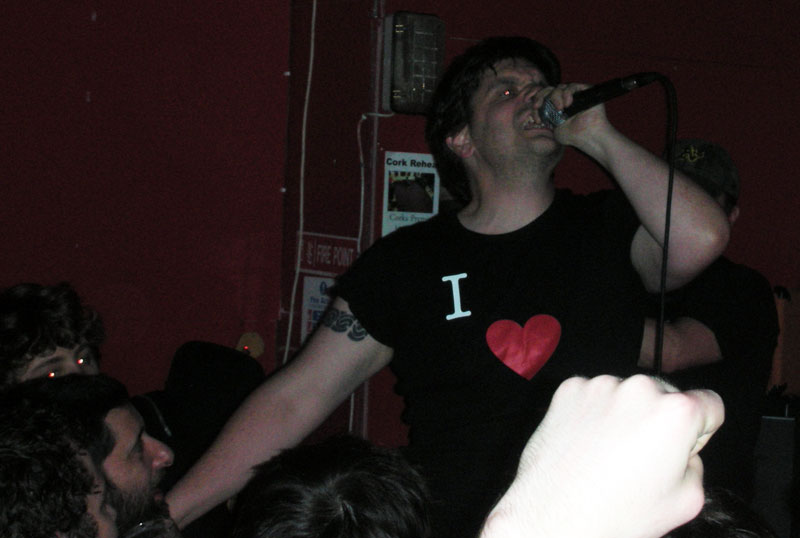 Tony Ramone said:
Sorry to anyone that felt awkward with me shovin my horn in their face on the friday night
Click to expand...

Jaysus, you can get arrested for that kind of carry on!
New posts