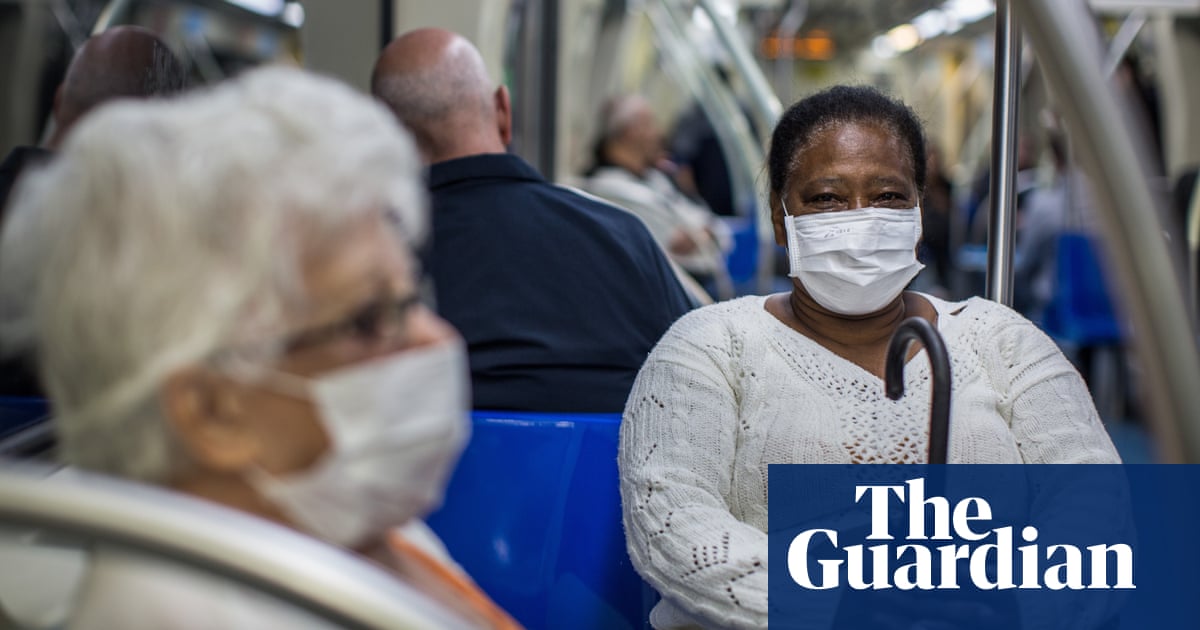 Yes, it is worse than the flu: busting the coronavirus myths

Are any of those myths really myths? You all must be hanging around with crazier people than I am (excluding my prepper workmates, perhaps (who are lovely people, FWIW))
G

In work today the class teacher was reminding the kids to cough into the inside of their elbow and to wash hands etc and coronavirus was mentioned of course. One kid said " my mummy said there are too many people in the world and the planet is just making sure there are less ".

The slowdown of industry in china will probably be visible in the tree rings. Look If anyone I know gets this thing I'd be super worried, but looking at the sociopath styled grand scheme of things, long term half the developed world being too afraid to fly why global shipping has a % slowdown is possibly going to lead to a % visible carbon reduction, the kind of thing you couldn't ask people to do.

GARYXKNIFEDX said:
In work today the class teacher was reminding the kids to cough into the inside of their elbow and to wash hands etc and coronavirus was mentioned of course. One kid said " my mummy said there are too many people in the world and the planet is just making sure there are less ".
Click to expand...

how do you tell a kid he is one of them?
G

Luckily I'm not the teacher,I got to leave the class laughing

But Mike Pray the AIDS/Gay Away Pence is in charge of dealing with this epidemic, and has told Fauci to STFU.

That is Pence, the guy who thinks Gay can be cured by electroconvulsive treatment, the guy who led the worst response to HIV the US has ever seen in his home state.

A religious fanatic telling the most accomplished scientist I've ever met how to do his job.

This is akin to me being on an commercial passenger jet, noticing there's a storm, and demanding the pilot moves to one side and I be let fly the thing because "I'm in charge".

I wasn't actually that worried about this epidemic until now. This is upsetting.

Well we've got one public case now in Ireland.

Also rumour mill of 2-3 others.

Also apparently it has a lipid (fatty) shell so all the soap and water chat is about using soap to break down the thing before it can effect everyone.

OF COURSE there are idiots floating around the internet asking what difference it makes, the difference is that it will largely kill the virus before it can infect.

Here is the HSE stuff anywhooo 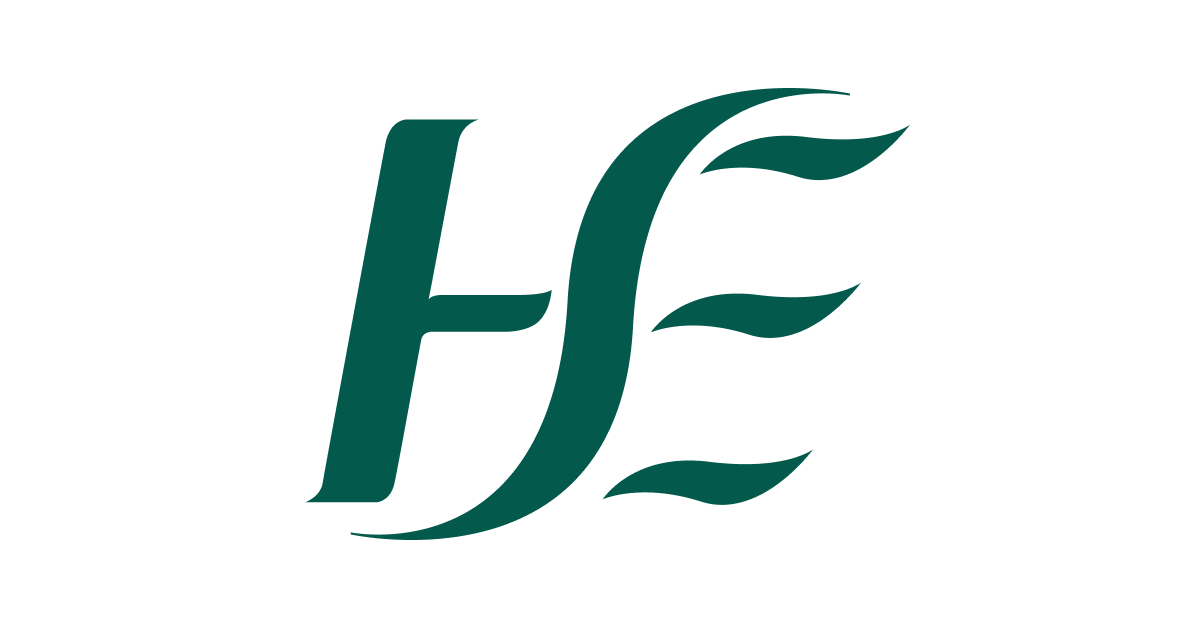 Get advice about COVID-19, including symptoms, testing, vaccination and self-isolation.

ann post said:
OF COURSE there are idiots floating around the internet asking what difference it makes, the difference is that it will largely kill the virus before it can infect.
Click to expand...

in my ignorance, i'd assumed that the benefit was washing/rinsing it off your hands, rather than actually killing it.

If you live in Glasnevin you can't post in the general forum on thumped for 14 days.

Im about 2km from that school. Cock.

I’m supposed to be travelling to Germany for work on Tuesday and they’ve doubled their number of cases in one day, most of them located in the state I’m travelling to. Not really happy about this.

I've been reading up about Spanish Flu again. I should probably know more about it.

Spanish 'flu interesting. It's not the most interesting virus I've learned about (that's smallpox) but the Spanish flu numbers are unreal. I was wrong before when I said it "only" had a ~1% mortality rate, it was more like 2% or more.

And this is the first point, in the early 1900s the numbers were hard to know exactly, just because the world was disconnected. Even when you say "mortality rate", you have to know that the person was infected by that specific causative agent. This is easy enough to guess at when you have families or villages routed, you just assume that it's the same causative agent. But it's still tricky to 100% nail down. You didn't have Oxford Nanopore sequencers deployed into the field plugged into laptops which accurately type viruses. And that's the start of it, lots of numbers are guesses, and those numbers are all over the place.

But my point that I was trying to make before, that mortality rates aren't all you need to worry about, is still something I think is correct. For HIV, up until recently you had ~100% mortality. The thing about HIV was it's relatively difficult to catch. You have to literally have sex, or share blood, with a carrier, and even then it's "maybe".

Then you have filoviruses, they can have some scary mortality rates, Ebola is at something like 90%. Added to this is Ebola is easy to transmit. There's another variable though: the speed at which it causes mortality. Ebola acts fast, HIV acts slowly. The fact that Ebola kills so quickly means it tends to extinguish itself. If you lob a piece of lit newspaper into a pile of coal the paper is probably going to have all caught fire and burned out before it can light anything else. Ebola outbreaks tend to kill everything they touch so fast it ends up fizzling out. HIV is more like coal, it sits there burning for ages, lighting everything that comes in contact. There's another way that this slow burn affect can come into play, vectors. For Yersinia pestis (plague) you had this carrier population (fleas/rodents) - vectors that does the "coal" job of prolonging exposure. Even though if a human is infected with Y pestis, it's probably going to die, pronto; there was an ancillary element backing up what Ebola was missing, you had mice etc acting as a long living disease reservoir.

Then you have Spanish 'flu. This variant kills fast, like Ebola. It's very transmissible, but it "only" had something like 2+% mortality rates. Those numbers added up to killing whole percentage points of the entire human population. This Wuhan/Coronavirus 2019 (Covid 19) variant seems similar to Spanish 'flu in some ways. It's really transmissible, it's got a high-ish mortality rate (2+%), and it's got this huge reservoir population living in asymptomatic carriers.

So yeah. It's potentially quite bad news, I guess. On the other hand we're much better at treating and handling infection than we were in 1918. We're more hygienic, and we're able to disseminate information much better than before. (With the obvious exception of the Trump voter and Facebook Mom demographics.)

There is this prevailing idea of humans infesting the earth, and this acting as a massive pile of meat that inevitably is going to be eaten by something. It's an attractive idea, because it aligns with everything else you know about populations and evolution. But Humans are this weird special case, that normal evolutionary pressures don't completely apply to, so even though rabbits get their populations mercilessly constrained by Myxomatosis etc, that doesn't mean that those same rules apply to humans.

But yeah. I suppose the most alarming thing for me is the fact that you have a religious fanatic, who doesn't believe in science, in charge of the US response. That in itself wouldn't be an issue were it not for the fact that the fanatics might believe that they have a better idea how to deal with things than scientists who have proven records with dealing with this sort of thing.
M

chris d said:
Im about 2km from that school. Cock.
Click to expand...

i'm about 1km away. my wife has been getting the bus into town with probable typhoid marys (and fintans) for the last week or two.

one of the things i've not seen comment on, in relation to containing this thing, is that if any country fails to contain it (i'm looking at you, iran), the only way to contain a global spread is to completely close your borders to people who have been to that country. at least until a vaccine is readily available.

I'd say we probably have about 10-20 times what is reported in the country, likewise for the other locations.

i.e. when skii resorts are willing to ship snow in from other locations to stay open, then they are going to pull all strings available to downplay stuff.

Airplanes tend to recycle air rather than take on new air as it saves fuel, so they are sorta incubators of sorts when it comes to spreading stuff AFAIK.

Airplane staff get a lot of places in 14 days.

Airports tend to put huge rows of people together at pinch points and exits / passport checks. The temp checking is just a gesture.

Now granted a lot of people will immune system this one, and luckily enough we've all been housebound with blade runner weather for a month which is pretty much quarantine for most.


This is like, my opinion man, i don't have links to back it up. still though. I'm rarely wrong when it comes to negativitiy.

ann post said:
Airplanes tend to recycle air rather than take on new air as it saves fuel, so they are sorta incubators of sorts when it comes to spreading stuff AFAIK.
Click to expand...

Pretty sure they would use Hepa filters for that

But by "pretty sure" I mean I'm guessing

I have no idea how planes work. Or even if they should.
New posts