Two lads shape up
There's some preliminary hand flapping and a kick or two to the shins
One lad thumps the other.
The other drops as if shot by a sniper
Referee jumps in to break it up.

Substitute geography teacher for referee and it turns out I saw a MMA title fight at least once a month at school.

Nate Diaz accuses Conor McGregor of taking performance enhancing drugs
‘Nate for me was the leading auction, there were many, many auctions’
about 11 hours ago 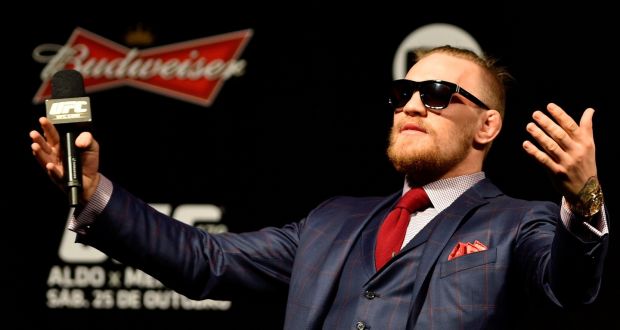 Conor McGregor and Nate Diaz were involved in another war of words on Wednesday night. (Photo by Buda Mendes/Getty Images)

Nate Diaz has accused Conor McGregor of steroid abuse as the trash talk between the two fighters heats up ahead of their upcoming clash at UFC 196.

Diaz made the accusation about McGregor as well as the entire UFC roster at Wednesday night’s press conference ahead of the March 5th fight.

“Everybody’s on steroids,” Diaz said. “The whole UFC, everybody.”

“And you and dos Anjos,” Diaz continued.

In typical McGregor-style the Dublin fighter told reporters and fans that his rivals are in fear of him.

“Nate for me was the leading auction, there were many, many auctions. In reality, many people pretended like they wanted to fight until the fight actually presented itself,” he said.

“Frankie [EDGAR]never shut-up, and then when he was given a phone call and a date, he hasn’t been seen or heard of since.

“Jose [ALDO]was in camp apparently preparing, in case Dos Anjos pulled out. Then all of a sudden Dos Anjos pulls out with a bruised foot and Jose is not fit.

“Even Nate tried to exit the fight cleanly.

“It’s always happening…they always pull out, they always run. They always make it out like they want it, but really they don’t want it. I was expecting it.”

Dos Anjos is the sixth fighter to withdraw from fighting McGregor in his last 12 fights.

“It doesn’t matter what weight division or anything, or what belt is on the line because really I should create my own belt. I am in myself my own belt. I’m fighting for my own belt.”
Click to expand...

So he's retiring now, I would have thought it to be a wind up but maybe the death of that Portuguese guy got to him.

тхеодоре кацзынски said:
So he's retiring now, I would have thought it to be a wind up but maybe the death of that Portuguese guy got to him.
Click to expand...

His coach has been saying for ages that his guys can be martial artists for life but he'd prefer them to get into MMA fighting and get out with money as fast as possible. McGregor is reported to have got 10 mill off that last fight, unless he's a dope with it that's him set and the right call for him.

тхеодоре кацзынски said:
So he's retiring now, I would have thought it to be a wind up but maybe the death of that Portuguese guy got to him.
Click to expand...

I wouldn't go calling a Brazilian dude Portuguese......(unless it's actually Deco. You can call him Portuguese alright.)

is he retiring or not?

CinnamonBoy said:
I wouldn't go calling a Brazilian dude Portuguese......(unless it's actually Deco. You can call him Portuguese alright.)
Click to expand...

For now, I suspect he'll be back again.

I love the craic with this guy tbh.

If he beats yer man now we'll never hear the end of it.

If he doesn't beat him that'll be the end of it.
But yeah, he's good crack, I hope he gets back at it and hammers Diaz.

Been watching a lot of the build up to this on YouTube, and there sure is a lot. Obviously would love to see CmcG win, but I dunno...Diaz is a tough MF.

Impressive from Diaz to come back into that after 4 and 1/2 minutes of getting his leg kicked to fuck. Those lads earned their paycheques.

The whole fight was up on YouTube this morning, probably removed now. It was really close. Delighted for McGregor though.

It's gas when the facade drops and the real Dub comes out.

prefuse said:
The whole fight was up on YouTube this morning, probably removed now. It was really close. Delighted for McGregor though.
Click to expand...

Mostly because I couldn't sleep I watched it live. Was such a battle, not sure how any two people could stand up to that for too long. Thought he might wear down McGregor in the last two rounds - was edge of the seat stuff though. Glad McGregor came through. 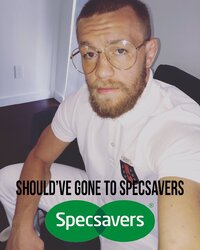