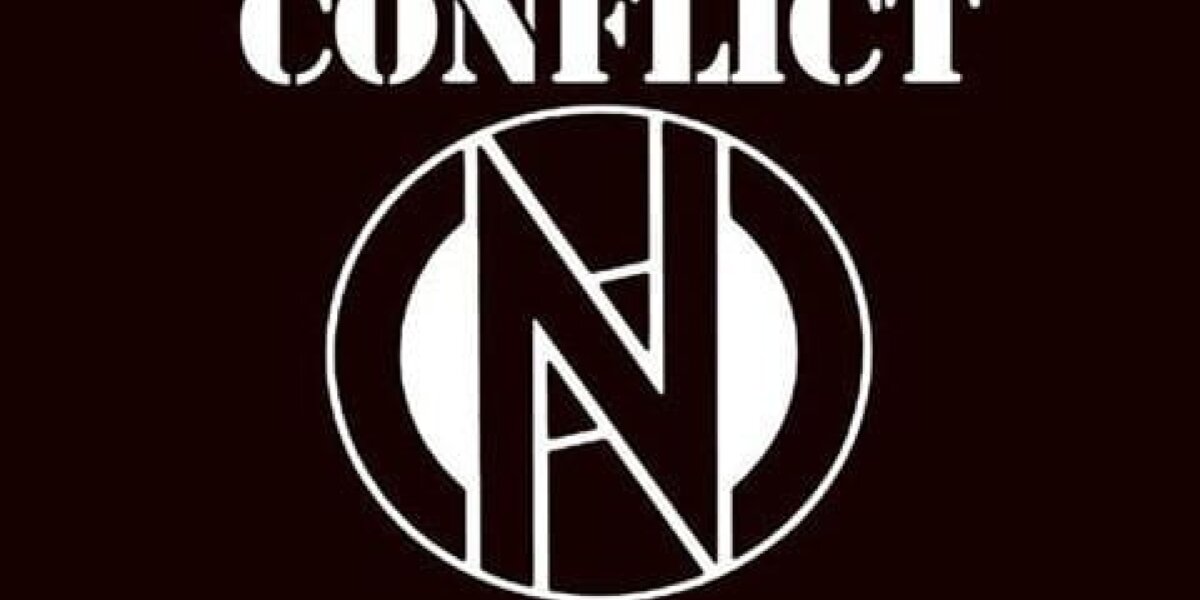 “Three punk bands have been the subject of Parliamentary debate. The Sex Pistols, Crass and Conflict. Only one has ever been officially banned from making live appearances by order of a White Paper. And that is Conflict.”

So said Colin Jerwood, vocalist and founding member of South London band Conflict, in a December 2013 interview with webzine Ave Noctum. Those three sentences highlight the impact Conflict – as a collective of musicians – had not only upon the DIY music scene, but also on the wider politics of British society during the 1980s. That is some achievement

Conflict is an English punk band who formed in 1981, The band's original line up consisted of: Colin Jerwood (vocals), Francisco 'Paco' Carreno (drums), Big John (bass guitar), Steve (guitars), Pauline (vocals), Paul a.k.a. 'Nihilistic Nobody' (visuals). Conflict set up its own Mortarhate Records label, which put out releases by other artists including Hagar The Womb, icons of Filth, lost Cherrees, The Apostles and Stalag 17.

In 1983, Steve Ignorant who was at the time a member of the band Crass guested on the band's pro-animal rights single "To A Nation of Animal Lovers". After the dissolution of Crass, Ignorant later became second vocalist for Conflict on a semi-permanent basis.

The band has always been outspoken regarding issues such as anarchism, animal rights, the anti-war movement and in their support for the organisation Class War, and a number of their gigs during the 1980s were followed by riots and disturbances.

so what did anyone make of it?
G

The sound was awful and it was missing a fight

GARYXKNIFEDX said:
The sound was awful and it was missing a fight
Click to expand...

i heard Belfast was a mess
G

"Colin Got pissed, threw up, passed out!
Fiona took over!"
G