That's two words, not one.

I'm sure he'll understand regardless


Goodbye said:
People are using spoiler tags in this thread - even you you fucking douchebag
Click to expand...

I know I am, but I'm not precious about it. Try to be nicer, angry man.


Godbye said:
People are using spoiler tags in this thread - even you you fucking douchebag
Click to expand...


Godbye said:
I expect more from this show than to resort to the "he's just a nutter" device.
And deadman, are you immune to using spoiler tags or something? cop on
Click to expand...

He was an entertaining guy but always wanted things his way.

Hate to lose anyone. But he ignored me anyway, so not a huge loss for me.


Jill Hives said:
Kid picks up an innocent (but maybe harmful) spider and puts it in a jar to contain it. He's playing with danger just like Walt was waiting to the last minute in the heist. Kid could have left the spider alone but he didn't. So then innocent kid minding his own business maybe/maybe not sees something (so he could be harmful) so Todd (I still want to call him Landry from FNL) caps him. Kid ends up in a jar/barrel like the spider. Todd keeping it imho is more than he's just a nutter... it a symbol that nothing can be contained. It's already started with the dissolve of the business. We are just just poking that spider with a stick right now making it angry. Venom will spread.
Click to expand...

not at all. I think you could be spot on. I'm lamenting my own inability to think that deeply or laterally.


scutter said:
not at all. I think you could be spot on. I'm lamenting my own inability to think that deeply or laterally.
Click to expand...

I pretty much said the same thing last week but no one responded. Living on the edge is like a drug. That rush of winning or being fearless. The kid letting the spider (that would scare most) crawl on him. Walt turning that magnet up even higher so they need to ditch the van. He's addicted but not to the meth. Addicted to feeling alive and cheating death. There is a power in that, a false god like power. One can only live on the edge so long before one falls and falls hard. No one is all-powerful. Nothing can be fully contained. Just my view so far this season.

How the fuck does a cancelled GAA preview / highlights show get its own 21 page thread?


nlgbbbblth said:
How the fuck does a cancelled GAA preview / highlights show get its own 21 page thread?
Click to expand...

Because it was deadly. And, of course, the TH scandal boosted the page count considerably. It think around page 11, Hives recounts how she burned her scrap book collection of cut-out Lockerroom columns when she heard the news.

That's been obvious since the third episode of season 1


Fintan Stack said:
That's been obvious since the third episode of season 1
Click to expand...

The rush and simple joy of it yes but not the full blown addict behavior. Before it was logical and self perserving and that's no longer the case. I'm not talking about just the cancer. It's winning over Gus, etc. too. He is not seeing straight when it comes to his family, which he was previously. He's erratic. Jesse is the sober one and wants what Walt previously was looking for when this all started. Money to have a comfortable life with those he loves. Where as Walt wants what Jesse wanted back then, to be 'The Cook' minus the ridiculous license plate. Walt is only looking after the business. Only cares about the business and can't see behind what's right in front of him anymore. Jesse has to point out what previously Walt would have come up with instead of being impulsive and careless.


nlgbbbblth said:
How the fuck does a cancelled GAA preview / highlights show get its own 21 page thread?
Click to expand...

Breaking Ball probably would have gotten 21 pages to itself

considering Tom Humphries wrote the script for it!

What's the current story with him anyway?

Is he out of the mental home or what? 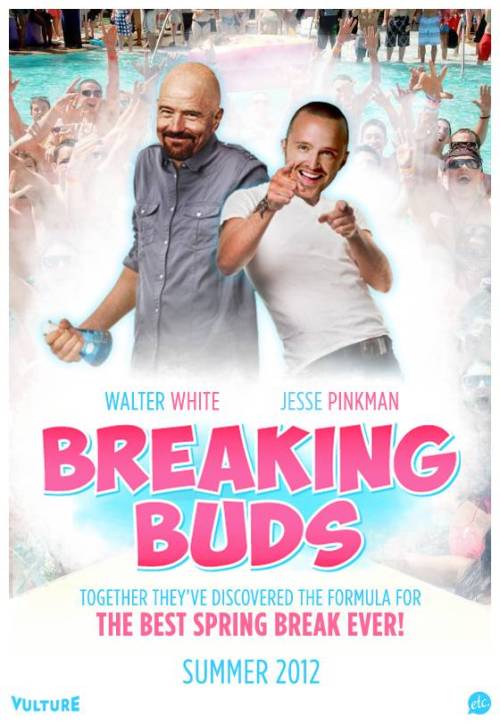 
Deadmanposting said:
What's the current story with him anyway?

Is he out of the mental home or what?
Click to expand...

not fully sure. I heard he was in a bad way (physically) a while back, but recovered really well.

I expect we may hear more shortly.


scutter said:
not fully sure. I heard he was in a bad way (physically) a while back, but recovered really well.

I expect we may hear more shortly.
Click to expand...

Last I heard he was an out-patient in a flat by himself somewhere. Think it was in the Herald. Which means the Gards would be able to interview him. Haven't heard anything since. Maybe herself didn't want to press charges or whatever. I also read that he wanted to go back to the Irish Times. Not sure how true that is though.


CinnamonBoy said:
Maybe herself didn't want to press charges or whatever.
Click to expand...

I'm pretty sure she doesn't get a say in the matter.

And no way he goes back to Tara St ever. Or anywhere for that matter.