Putrefier, aka Mark Durgan, has been an active member, albeit below the radar, of the U.K. noise scene since the inception of Putrefier back in 1986. Durgan's Birthbiter label was also one of the first distribution services to start importing ZSF, Selektion and many Japanese oddities into the UK. His recordings have turned up on labels such as Broken Flag, Artware, MSBR, RRR and more. He has played many shows alongside the likes of Ramleh, The New Blockaders, Merzbow, Pain Jerk, Incapacitants, MSBR, Thirdorgan, Emil Beaulieau. Morphogenesis, Schimpfluch Gruppe / R&G, Smell & Quim, Onomatopoeia & Deepkiss 720.

"For the past twenty years, Mark Durgan, known under the Putrefier moniker and his label Birthbiter (1986), is one of the few genuinely curious anomalies operating today. Disassociated with a lot of noise, he is more of a true outsider of this scene, somewhat akin to the older sound poets. Although their realm of art is very different to that of his, comparisons can be made. The lack of concrete documentation, both written and recorded, could be construed as an attempt at mystery, but the reality is that it all comes down to a total ambivalence about having a public persona.

From the influences of Power Electronics and especially early nineties Japanese noise ('Cog Dominance' cassette, 1987 on Broken Flag), his music has developed into different areas of the avant garde spectrum, such as musique concrete, improvisation and electroacoustic music, demonstrated in one of his latest works done with The New Blockaders. Being able to appreciate other forms of experimentation, he takes noise to a different level."
(http://www.pan-act.com/ 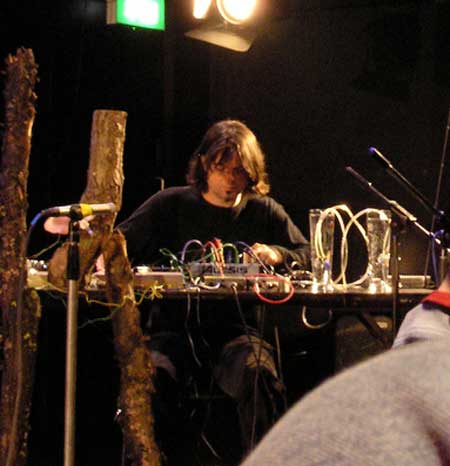 Michael Prime worked for many years as an ecologist, conserving wildlife habitats in South London. Inspired by his experiences of nature in an urban environment, he has developed a variety of novel organic and environmental sound sources for use in his music. These include the amplified electrical activity of plants, fungi, and humans, as well as a machine which uses the controlled production of tiny bubbles as a sound source. Short-wave radio, bat detectors and other means of amplifying the hidden sounds of the environment are used in both his studio compositions and his live performances. A founder member of the electroacoustic improvisation group Morphogenesis (formed 1985), Prime has also recorded and performed with artists such as Organum, Jim O’Rourke, Eddie Prevost, Max Eastley, Akio Suzuki, David Toop and Geert Feytons. In 1999, Prime began presenting multimedia collaborations with Emma O'bong, incorporating video and other visual elements.

Since 1987, the use of bioactivity translators to amplify the electrical activity of plants and fungi has been central to much of Prime’s work. He has created a series of plant and fungi bioactivity installations, in which the amplified biorhythms of plants or fungi are heard to slowly change, under the influence of artificial or natural weather systems. Through the medium of sound, listeners are able to enter and interact with the transient world of plant reactions. Plants are able to react instantly to changes in their environment. Do we consider this to be a form of consciousness? 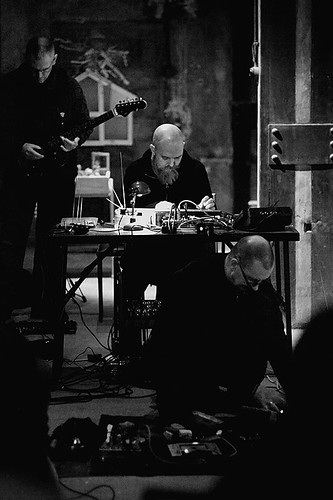 The Quiet Club are Mick O’Shea and Danny McCarthy. Formed in Feb 2006 they have met with considerable success and have become recognised as one of Ireland’s leading sound art improvisation groups. They have toured extensively in Ireland and have appeared in festivals in both Germany, Canada. and Japan. Most recently at DEAF (Dublin Electronic Arts Festival), Static (Liverpool) and I& E Festival, (Dublin). They frequently appear with guests which in the past included Mark Wastell, Viv Corringham, John Godfrey, Harry Moore, Christian Carley, David Toop plus many others. Employing a wide range of sound making devices ranging from stones , home made instruments, electronics, amplified textures, oscilloscopes , thermins, field recordings etc.. they continue to push the boundaries of sound making and listening.

This projection of the haunting, penumbral Stricnina (Italy, 1969, 7 mins) brings the work of legendary Italian underground filmmaker maudit Piero Bargellini to Irish audiences for the first time. According to Bargellini, this silent, richly atmospheric short traces a dog’s “voyage into death – the transfiguration – the images that return, only to disappear from memory, emerge from the recollections in a purifying vortex that takes them back to their essence. It’s the gradual breaking down of the image into form and then into colours and then into light and finally it’s the beginning: the vibration that is the matrix of sound, of light, of life…”

San Francisco filmmaker David Sherman’s lyrically nightmarish yet darkly soothing Tuning the Sleeping Machine (USA, 1996, 12 mins) continues the mood of oneiric inner voyaging. In so doing, it manages to reclaim for celluloid the televised impression of antique horror films. As critic Brian Frye describes it: “Fragments of unidentified and yet strangely familiar films, pregnant with allusion and implication, drift into one another, obscured by the haze of rephotography, electricity and the residue of (al)chemical formulae, renamed time and memory. Tuning the Sleeping Machine resurrects the cinema projected on the unconscious…” 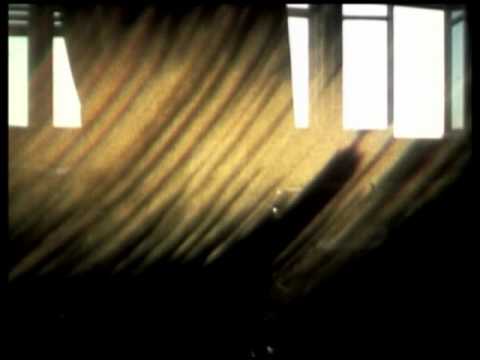 Ivan Zulueta’s masterpiece A Mal Gam A (Spain, 1976, 35 mins) remains one of the most important Spanish experimental films ever made, a visionary 8mm tour de force of overflowing subjectivity trippily reconfiguring private space. It stars the director ‘Jim Self’ as a man alone in his apartment, interacting with the objects and surfaces that surround him as the spatial and tactile collapse in on each other with a vividness only Zulueta could conjure. The late Zulueta, who died last December, is a seminal figure in Spanish avant-garde cinema, but remains criminally neglected abroad. His ‘pop’ sensibility and early access to the ‘60s American Underground placed him in a different universe to the repressive Spain of the Franco regime- and in the vanguard of that country’s cultural renaissance after its fall. Although his career was tragically derailed by drugs in the early ‘80s, by that time he had created an impressive body of short films as well as the astonishing cult classic feature Arrebato (1979). 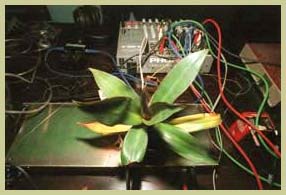 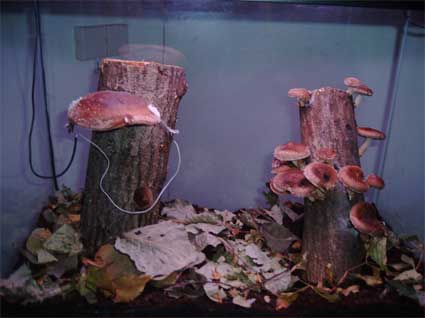 Ha, Ha! Your Mushrooms Have Gone, 2005, by Michael Prime
For a glance into the secret lives of mushrooms, Michael Prime affixed bio-sensors to various kinds of locally grown mushrooms to reveal a dialog we perhaps thought never even existed. From their docile setting in an aquarium, the bio-receptors broadcast the sounds of pulsating waves of noise through speakers in the installation space. The result- a surprising continuous drone that shifted tones rather sporadically revealing a brash, trance-like state of mushrooms- fascinating, surreal and surprising.
Until February 17, 2008 at the NTT InterCommunication Center[ICC].
All images Courtesy of ICC. 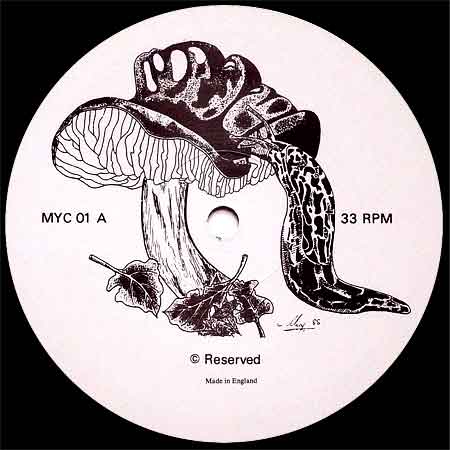 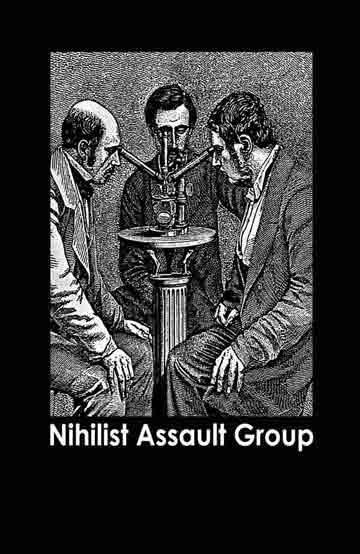 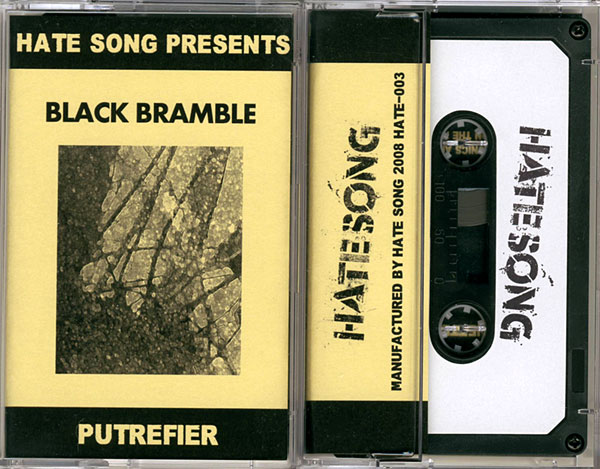 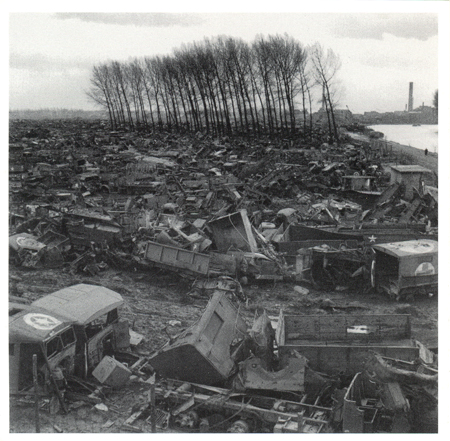 Graham Lynch has a really nicely written piece on the scorching sound art/experimental music scene here in Cork in this weeks Cork News. There's an awful lot of behind the scenes help with this show. Thanks to the Guesthouse, Holly Burgess and no doubt countless others by the time I've grabbed a holt of them.

"Mark Durgan aka Putrefier has been producing his singular, skewed and brutal noise/power electronics since the inception of Putrefier back in 1986. This tour finds him minus pseudonym producing a pulsating collection of field recordings and homemade gadget improv, which stomps on the head of Scanner and 'sound artists' everywhere."

This coming Sunday (August 1st), Lyric Fm are doing a kind of a profile thing on me and Black Sun which might be interesting. Bernard told me he's playing some Costes on the show especially for the occasion so I'm dead chuffed for Jean-Louis being on national radio in this country! http://www.rte.ie/lyricfm/nova/

You can hear the Lyric fm interview all this week by clicking on the little headphones lad on the Nova homepage. It's about 45 mins long. Also played on the show were United Bible Studies, Agitated Radio Pilot, Female Orphan Asylum, Costes, and uh, me (Wölflinge). Costes on Lyric fm!!! .|..|.|..|.|..|