Well-steeped in the heroic tales of their Austrian heritage, ArnoCorps take ancient myths such as “Predator,” “Commando,” “Terminator” and “Total Recall” and set them to a sonic onslaught known as action-adventure hardcore rock ‘n’ roll. While many in the press have foolishly mistaken the Austro-Californian pioneers as an Arnold Schwarzenegger tribute band, ArnoCorps actually seek to expose the shameless exploitation of their ballsy folklore at the hands of the Hollywood hype machine. Through ArnoCorps, the world can finally hear these cherished legends in the way they were meant to be told, empowering listeners to unlock their own potential to become “goddamn heroes and sheroes”.

Although known for hurling volunteer audience members record distances and crowdsurfing on top of their guitar cases in displays of superhuman athleticism, there is no need to fear ArnoCorps‘ explosive performances; they are a rescue team, not assassins. The spectacle extends beyond the stage as attendees of ArnoCorps’ fabled live audio assaults are frequently adorned in camouflage face paint and uniforms that rival the adventure-ready appearance of the band themselves. However, even newcomers will find a welcoming and inclusive atmosphere amidst a frenzy of bonding and unity under the ArnoCorps banner of ballsy defiance. Experiencing “the pump” is inevitable through crowd participation, including on-stage calisthenics challenges and impromptu, all-gender (and all body type) bodybuilding posedowns.

This July, the mighty ArnoCorps bring their unbelievable 'Heroic Proportion' tour to Dublin! With a new expanded line-up that will be performing the classic tales of Austrian folklore as well as stories from the new EP 'Welcome To The Gym', it's time to get your ass to the Grand Social!

The Event Page can be viewed here:
Preview the new EP here, to be released through Alternative Tentacles records this Summer: Welcome To The Gym!, by ArnoCorps

ArnoCorps : The Greatest Band of All Time | 2019 TOUR DATES


Support on the night comes from Dublin veterans The ObjectorZ, virtually an Irish punk superband.

the objectorZ. 276 likes. We're here to rock your socks off. http://theobjectorz.bandcamp.com/ 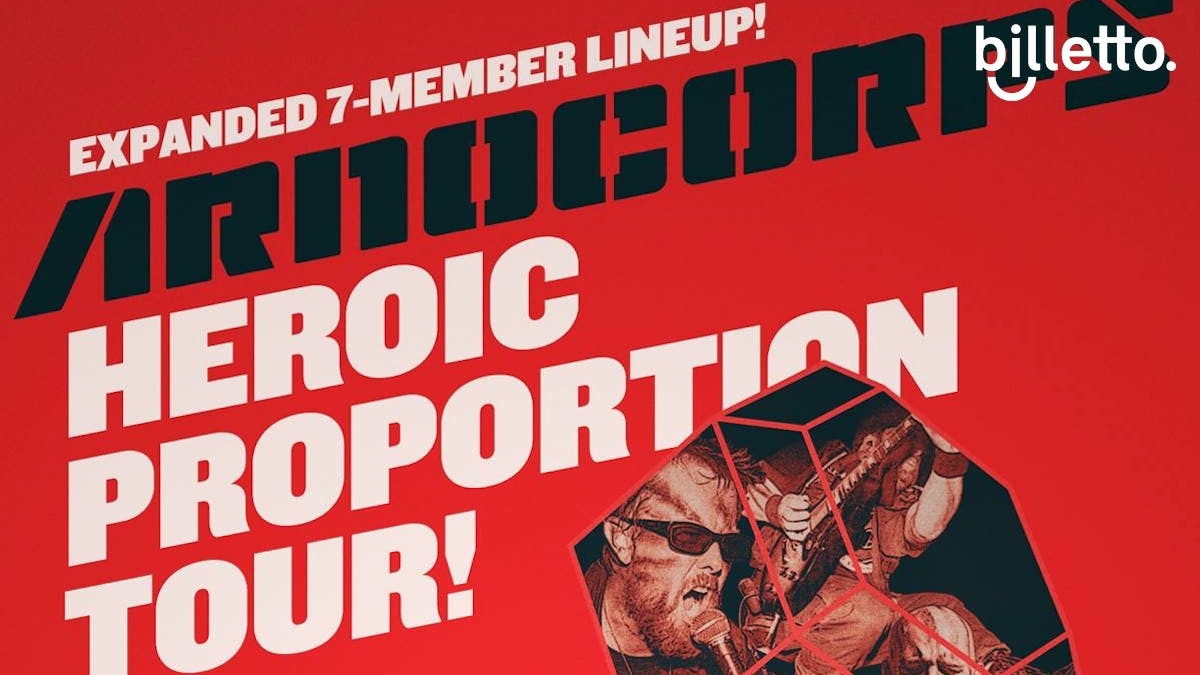 The mighty Arnocorps bring their unbelievable 'Heroic Proportion' tour to Dublin! With a new expand...

Thread starter
Here if anyone has a boards.ie account post this shit over there for me will ya? I created one there but you can't post images and links as a 'new user' so I'm like fuck em, haha

Cormcolash said:
Here if anyone has a boards.ie account post this shit over there for me will ya? I created one there but you can't post images and links as a 'new user' so I'm like fuck em, haha
Click to expand...