Is this true or no? 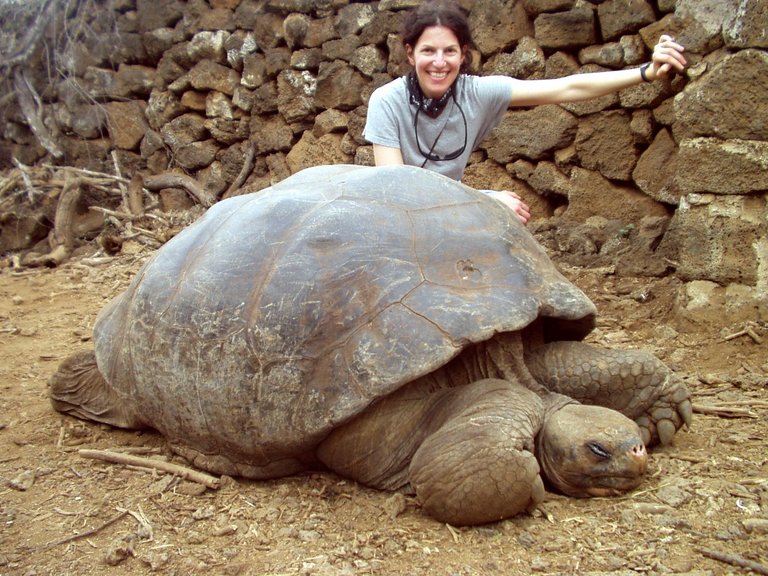 Tortoise back stage with a groupie

Tortoise back stage with a groupie
Click to expand...

Someone was tweeting July 10th.

It's confirmed for the 9th of July

Which is why they're selling tickets for the 10th.

Yes they are. All the press seems to say the 9th though

“The concert-hall influence may be more Steve Reich than Stravinsky and the space exploration more about dub than Moog solos, but they made pretentiousness cool again. Plus, they solved prog’s old bugaboo of dumb lyrics.” - Spin Top 10 Essential Prog Rock Albums (about Tortoise’s Millions Now Living Will Never Die)

“That sense of grounding – which never solidifies into rhythmic cliches – allows Tortoise to explore abstraction without seeming bloodless. To be smart and original, playful and provocative – those are the standards Tortoise really aspire to, and that they achieve here as ingeniously as ever.” - Rolling Stone

“This band swims the murky gulf between jazz and rock in search of fresh riffs. Entirely instrumental, the songs start with simple melodies that slowly make their way to climaxes full of overlapping rhythms that alternative between funky and mechanical.” – Time Magazine

“Tortoise make jam-band music for those of us who hate Phish concerts. Each tune blends odd bits of jazz, spaced-out rock and lazy funk beats into the music, which is stylistically adventurous yet tranquil enough to read the Sunday paper to.” – US Weekly

The great majority of artists spend their formative years (if not their entire careers) working to shake off the gravitational pull of their predecessors, and the many masters and masterpieces that came before them—what the literary critic Harold Bloom called “the anxiety of influence.” For musicians, in particular, this tendency is especially pronounced, for reasons having to do with the nature of their craft and materials. Unlike the contemporary novelist or filmmaker, say, there is presumably a finite number of choices remaining to the artist making music in the 21st century that have not yet been exhaustively mined after 500 years of popular and semi-popular song. It is for this reason that, when we are asked to describe what a piece of music sounds like, we inevitably talk not about the thing itself, but resort to the trope of metaphor or analogy—“a little Brian Wilson, a little Pink Floyd, a little bit of Kraftwerk.” Rare indeed is the artist who outgrows their early influences, and instead become one of the markers by which other groups are measured. Almost alone among bands of the last two decades, Tortoise is a group that resists easy metaphors and analogies, who can be described as sounding like only themselves and no one else. Twenty years after its founding, the band’s signature and singularly inimitable sound—a fluid intersection of dub, dance, jazz, techno, rock, and classical minimalism, with no part overwhelming or dominating the whole—remains an American and international original. Even more unusually, they seem to have arrived at their sound with almost no apprenticeship to speak of; to judge from their early singles and albums alone, they seem to have come into being with their musical identity and DNA fully formed, like Athena from the forehead of Zeus. Further, while the group has spawned countless imitators, heirs, and followers—sincere, flattering, and otherwise—Tortoise remains unique in the world of contemporary music for their boundless intellectual curiosity, their unmistakable compositional voice, and their synthesis of seemingly contradictory sound worlds far from their doorstep.

Beacons of Ancestorship is Tortoise’s sixth full-length album, and their first release of new material in five years, since 2004’s It’s All Around You. In the interim, the group also released and toured behind the 2006 career retrospective box set A Lazarus Taxon, and an album of covers with vocalist Will Oldham by the likes of Elton John, Bruce Springsteen, Richard Thompson, and The Minutemen, entitled The Brave and the Bold. Additionally, the individual members have kept busy with various other projects, including but not limited to Exploding Star Orchestra, Bumps, Fflashlights, and Powerhouse Sound. A characteristic Tortoise album is one that traverses an encyclopedia of styles and reference points, a document of where musical intersections and dialogue are occurring at a given moment in time. Beacons of Ancestorship is no different, with nods to techno, punk, electro, lo-fi noise, cut-up beats, heavily processed synths, and mournful, elegiac dirges. We see these ideas working out in compositions like “High Class Slim Came Floatin’ In,” an eight-minute track which playfully references the world of ecstatic rave and dance culture with a curiously ambivalent, multi-part suite overlaid with robotic, machine- sounding melodies that stop and start in several different time signatures before the song’s ultimate resolution; and again in “Yinxianghechengqi,” which begins as a straightforward uptempo math-rocker before steadily accelerating into a wall of fuzzy atonal sqwonk.

There are many moods, styles, and modes in the Tortoise songbook, of course—often, in the course of a single composition. Consistent throughout, however, is what might be called a pervasive element of group play, or ensemble-mindedness, as opposed to emphasis on a virtuoso soloist or frontman. (Think Robert Altman versus Robert Plant.) In the same sense that the string quartet and all small-ensemble chamber music can be thought of as an intelligent conversation among equals—violins, viola, and cello taking turns, expressing opinions, joining voices and then coming apart, as also occurs in elevated discourse—so, too, the calling card of a Tortoise song is the experience of a sound being worked out as a conversation among the individual and interrelated parts—of an ensemble thinking collectively and in group dynamics through the expression of a multi-layered musical thought.

Stage times? Tickets at door? I thought the primavera set was fantastic but there's the ever tempting World Cup 3rd/4th play off to consider.

jaysus, the tickets are pricey enough for this. will probably have to sit it out infront of the world cup with a few cans.

Archie said:
jaysus, the tickets are pricey enough for this. will probably have to sit it out infront of the world cup with a few cans.
Click to expand...


I did this the last time they played.

Jesus, their last album is a load of Battles-y bollocks, but this should still be savage.
F

limited number still on sale. not sure if there'll be any on door on Saturday at this point

Nate Champion said:
I did this the last time they played.

Jesus, their last album is a load of Battles-y bollocks, but this should still be savage.
Click to expand...

They played the Sugar Club in 92
F

WHAT!? I thought their last album was one of their best, although I do like Battles. They were amazing at ATP in 09.

Where are we Now?

Where Are We Now?