nuke terrorist said:
this arrived this morning. I ordered it on a Saturday night and it was sent out the next Monday through Pitney Bowes from Richmond, Virginia. So it only took ten days.

unfortunately the hi-fi speaker cables I ordered in January still haven't arrived so I can't listen to it.

in other news - two CD's I ordered from Barcelona arrived on Tuesday, having been mailed
five weeks and one day earlier. there must not be many planes coming from there these days.
Click to expand...

Good to hear. Did you pay any tax/duty etc on the record? I'm curious now. I thought even the smallest thing would be taxed horrendously. Let me know. I might buy a single release directly from some artists. I'd imagine there's a threshold where if you go over spending x amount, they'll ride ya.

I have only bought one thing since being badly stung buying that whopper of a Codeine boxset 'When I See the Sun' years ago. The only time since I begged the guy to say I was a journo on the paperwork and to say it was for work purposes...
N

usually if the sender ticks 'GIFT' on the customs declaration there's no issue.
I got a CD in the post Wednesday from the UK and the seller did that - no problem.
It's a pretty standard thing to do this.

I've rarely bought things from outside Europe since the 2000's because of the cost of postage.
I mostly buy things off DIY level folks and have never spent more than 300 Euro in one go.
and not remotely close to that from the USA or anywhere else outside Europe.

BUT since 1993 I've gotten at least 500 packages of records and books etc. by post
and I NEVER had to pay any customs / duty / tax costs.
I ordered things from outside Europe well over 100 times back in the day but probably
never spent 100 Euro on one package.

before Bush went crazy in Iraq in 2003, postage was a lot cheaper from the USA.

EDIT:
Less then ten times I've had packages opened by customs - with no problems.
G

Background info [So, not one for the reissue thread]:

'Mutator was recorded alongside Vega’s longtime collaborator Liz Lamere at his NYC studio from 1995-1996, and it serves as a document of a particularly fertile time in his creative life. He had 11 full-length solo albums come out during the ‘80s, ’90s and ‘00s — plus numerous collaborations, and Suicide records A Way of Life and Why Be Blue. Mutator wasn’t shelved intentionally, but Vega’s back-to-the-grindstone M.O. meant that he had moved on to making his next record before this one was finished. Lamere and Vega’s friend and confidante Jared Artaud (The Vacant Lots) rediscovered the raw, unmixed recordings from the Mutator sessions in the Vault in 2019. Soon after, they mixed and produced them into the visionary album that was lurking within those tapes. '

Liking this after lamping it on Bill Meyer's Instagram page.

A brace of guitar duo records - one acoustic and one electric [Nice artwork for both]: 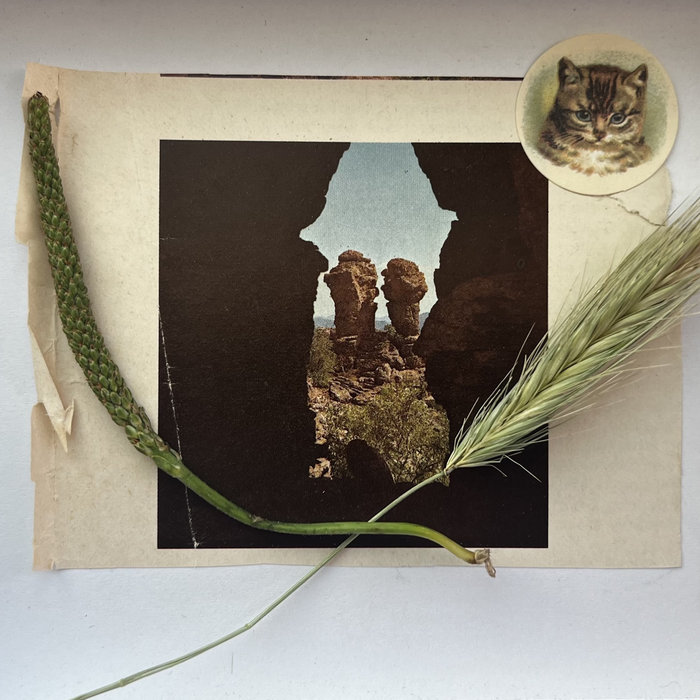 First single out. Its got a prince vibe. St. Princent.

prefuse said:
New St. Vincent album due in.... May I think.

First single out. Its got a prince vibe. St. Princent.

I'd say it sounds as much like Prince as her previous stuff sounds like Laurie Anderson, yes.
G

ha... was just about to post the arab strap too

new albums from arab strap, mogwai, and godspeed, all in the space of a couple of months. great 1998 we’re having here
T

taubstumm said:
ha... was just about to post the arab strap too

new albums from arab strap, mogwai, and godspeed, all in the space of a couple of months. great 1998 we’re having here
Click to expand...

'not miserable enough' was my mates review of the 'strap.
I guess we're all just sloping towards old age..

I enjoyed it though..

MUST HEAR if you are interested in intense drone. Dynamic. Check out that track 'Electric Blued.'

Vinyl all sold out. Shame - the artwork is a beauty.

"With a nod to rock minimalism as well as to his mentor Phill Niblock’s sonic material approach, Distortion Hue is heavy in weight; a complex and layered deep listening experience."

No fapping about there with the blurb - it sort of is all those things.

Sorry folks, but I'm going to gate crash this thread and put up a link to my own ep. I may be violating numerous parts of the trades description by describing it as an album that's worth listening to. However, it was recorded in 2021 so that part's true.

New albums worth listening to
3 4 5